Charles Wyatt Warren led a quiet, unremarkable existence. He wasn’t the former GI who painted the ‘pin-up girls’ on US aircraft as Paul Peter Piech was. Neither did he work for an exclusive advertising agency as both Piech and Chapman did, or travel Europe for years with his artist wife like Gwilym Prichard. But all the same, he was a fine, talented, and very efficient artist, who cultivated a niche which gave him commercial success. 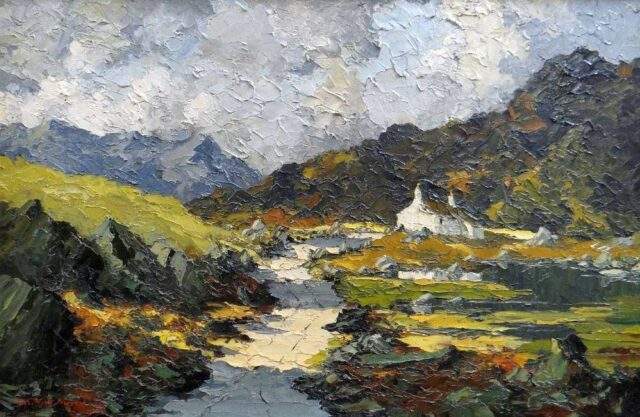 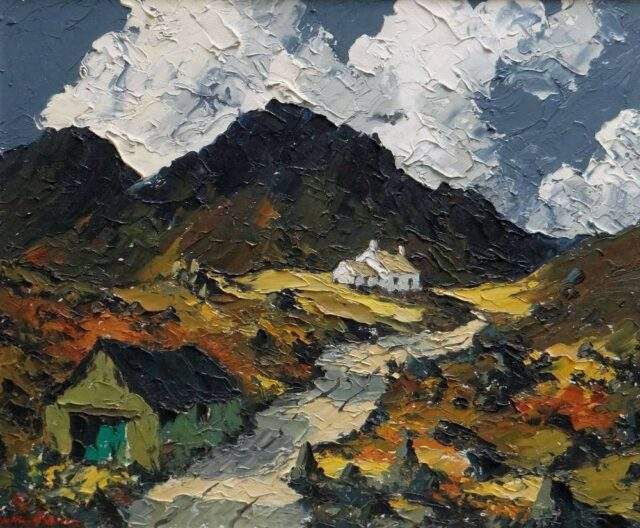 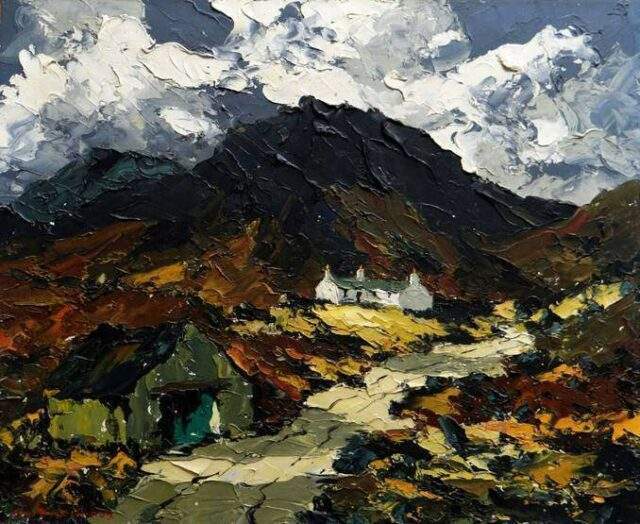 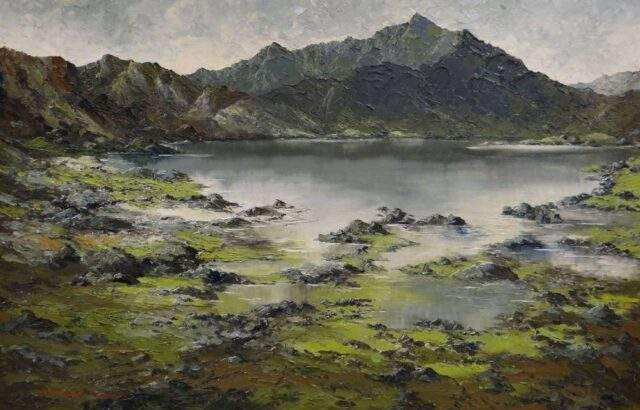 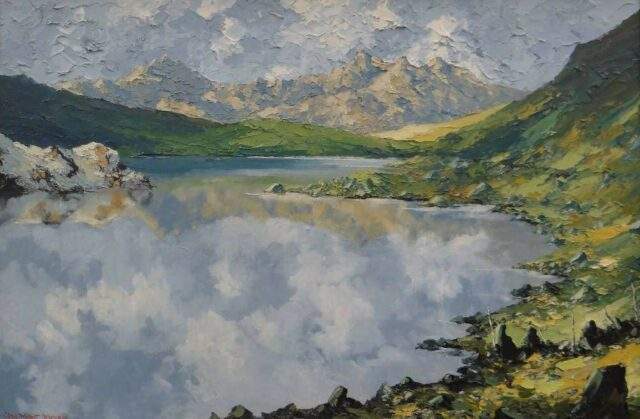 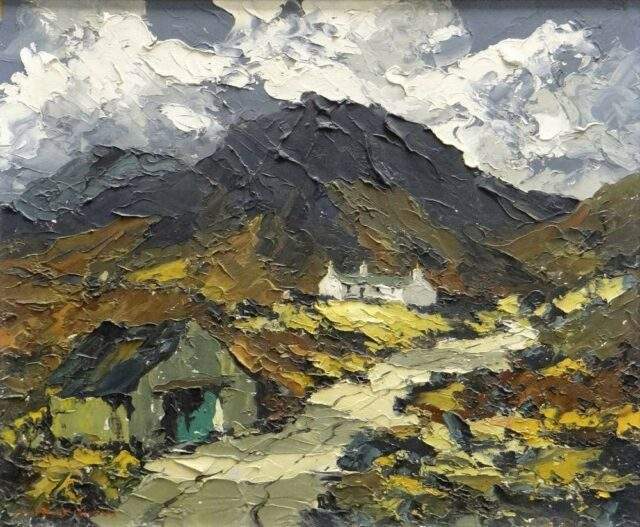 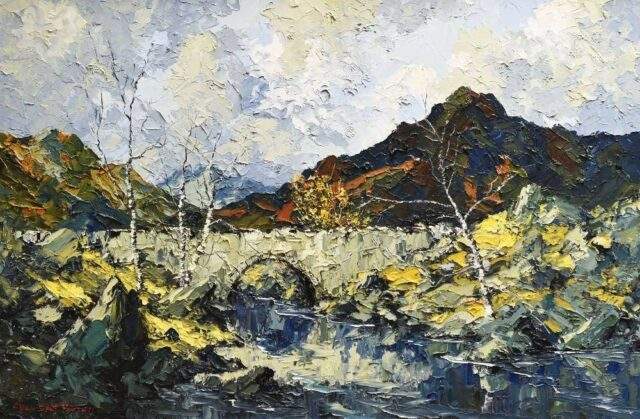 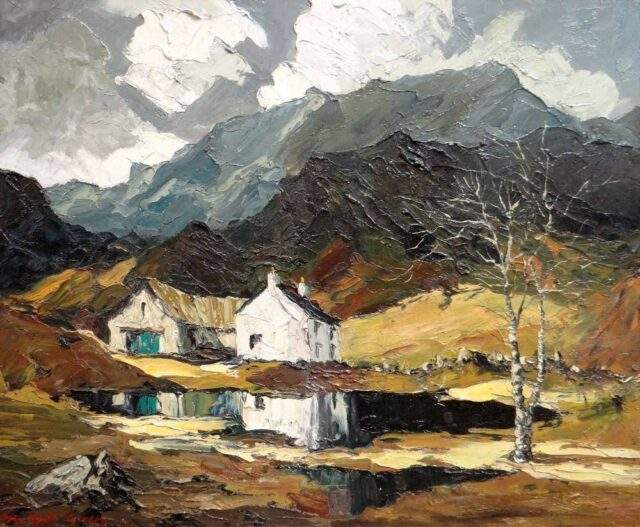 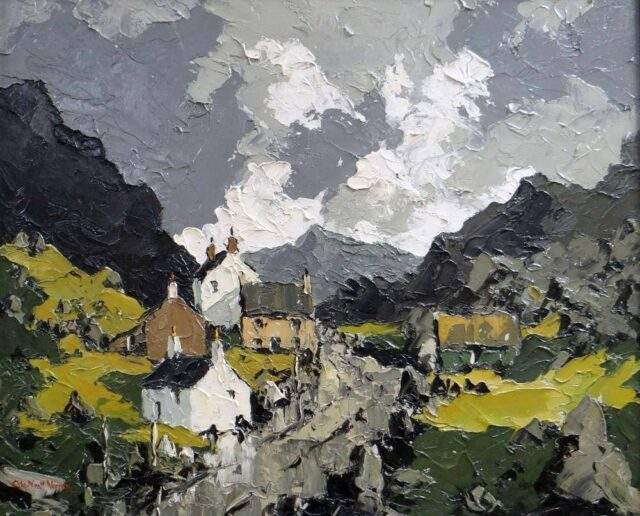 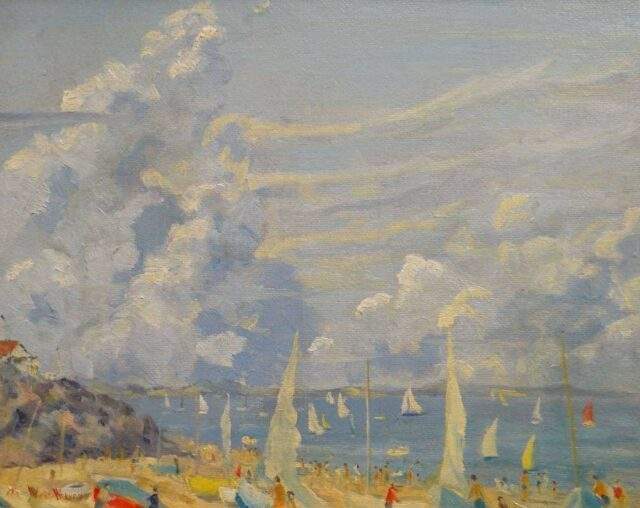 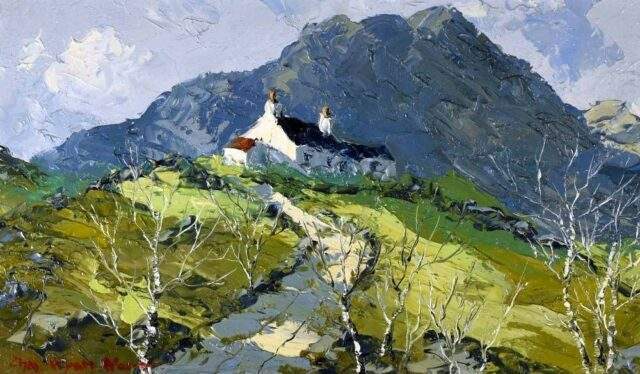 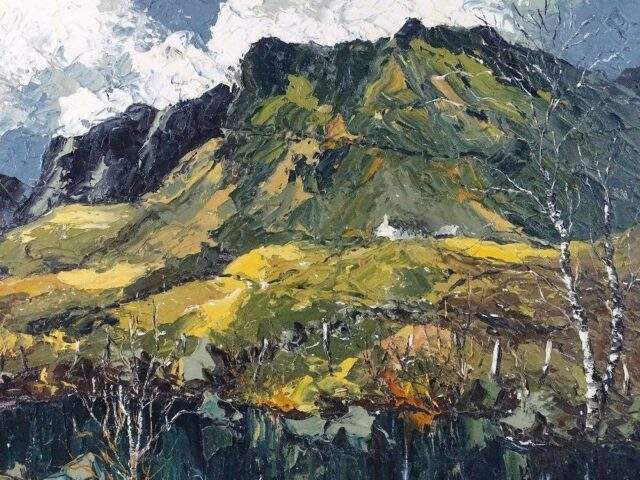 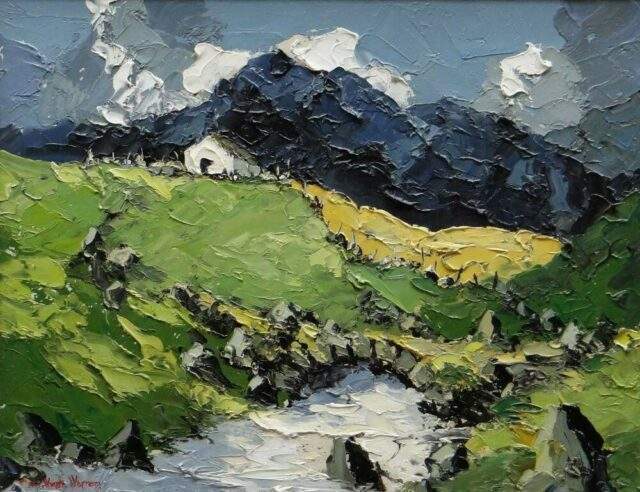 Warren was born in Caernarfon and spent thirty-six years as a civil servant at Caernarfonshire County Council. In his spare time, he painted. And he painted some more. He was prolific.

As a North Walian, I have grown up with these paintings. All my relatives had one or two, my friend’s parents had them, I remember them hanging in my dentist’s waiting room, there was at least one in my school and I remember several in a Llandudno café that I frequented with my Nain and Taid for treats.

Now in my current role as a full-time auctioneer instead of the knickerbocker-glory devourer (which is now a part-time role), I still see these paintings everywhere! But alas, not in my native North Wales, but in homes all round Cardiff. It seems that in around 1965, Mr Warren of Caernarfon had an exhibition in Albany Road. I have no idea how many paintings were shown, but I assume that he sold a great number, considering the frequency that I see his paintings in the CF postcode.

Five or six years ago, Charles Wyatt Warren’s paintings would make anywhere between £300 and £800. But two years ago, we recorded the highest auction price for his work to date, at an incredible £5,200! That is around 1733 knickerbocker-glories.I was the lucky auctioneer on the rostrum that day, and I recall my observing father’s jaw drop to the floor because he had been auctioning these paintings since the 1960s.

Since 2016, twenty-three Wyatt Warrens have realised over £1000 at UK auction rooms. Twenty-one of those paintings were sold by us in our Welsh Sale auction.

It really is fantastic to see these paintings, that were always in the background, increase in importance and value. I feel quite proud of Charlie Wyatt.

When we look at his work though we should perhaps not be so surprised at the success; Wyatt Warren mainly painted in oils in impasto (thickly layered) on to board. His paint is applied sharply and crisply often with a generous variety of colours. Usually his subject matter was the Snowdonia mountain range or the surrounding coast and villages which so many people hold dear. Often, he would paint a mountain range with one of the freshwater lakes in the foreground. Sometimes, with a bit of artistic license he would add silver birch trees and maybe even a whitewashed cottage for a bit of added romance. Rarely would there be a figure in his Snowdonia work, as it was all about the view. His signature was often applied boldly in red with a nice flourished style.

This was Wyatt Warren’s brand. He was a prolific worker who knew what his customers wanted. This branding even extends to the framing – we nearly always see his oil paintings mounted in trademark thick hessian frames with white wooden surrounds (we even call these frame types ‘Wyatt Warrens’ at the auction rooms). To complete the job, he would title the painting on the back in clear bold capitals with his name repeated on the back, sometimes with his address on a label.

To make a living out of art, one must be commercial, and, in this respect, I think many aspiring artists could take a leaf out of old Mr Charles Wyatt Warren’s book.

Below are the Wyatt Warren paintings that we have sold over £1000. If you have a painting by Charles Wyatt Warren, then please do let us know by email and attach an image if you can. You may be surprised to hear of the value currently, and this can be provided at no charge and without obligation. 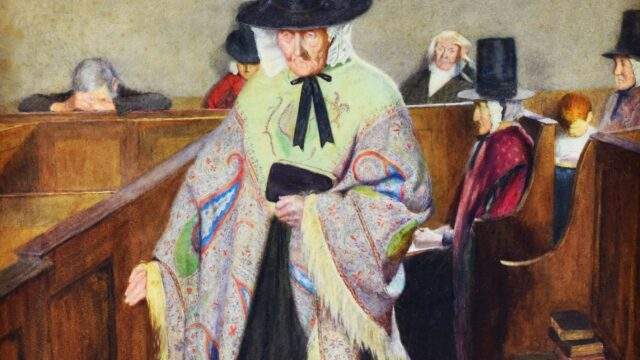 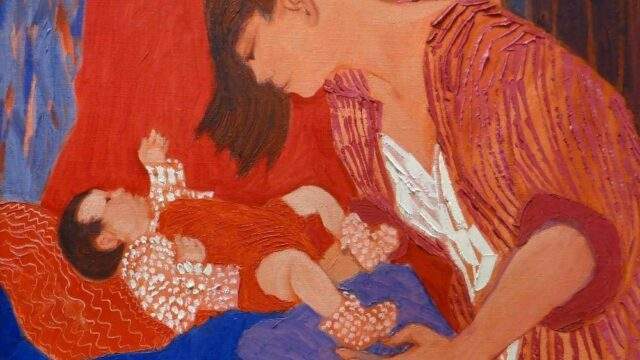