The history of art in Wales is a comprehensive story and should you be interested in acquiring a fantastically researched and beautifully illustrated chronological encyclopedia of Welsh art, then I can highly recommend ‘The Tradition – A New History of Welsh Art, 1400-1990’ by Peter Lord (Parthian 2016). Furthermore, I would urge everyone with an interest in Welsh art to visit our National Museum in Cardiff and The Glynn Vivian Art Gallery in Swansea if you have never done so. At the museum, we are very fortunate to have an incredible collection of Welsh related works, as well as other important paintings, from the donation of the Davies sisters of Llandinam. 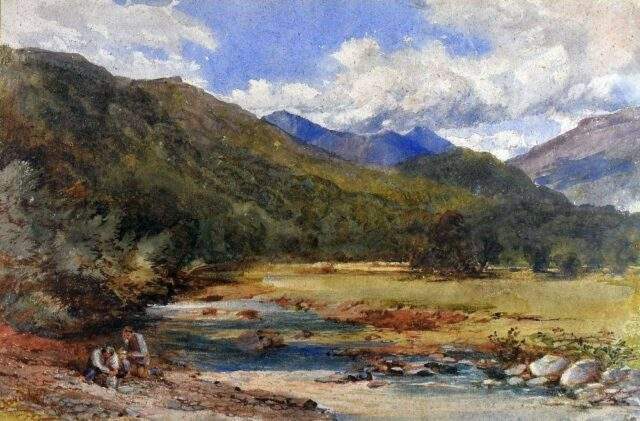 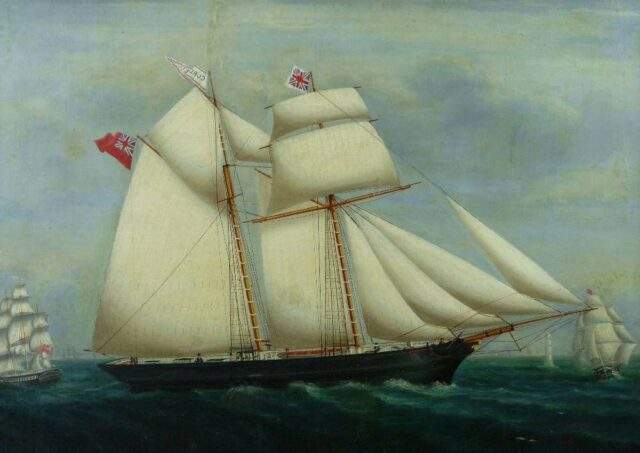 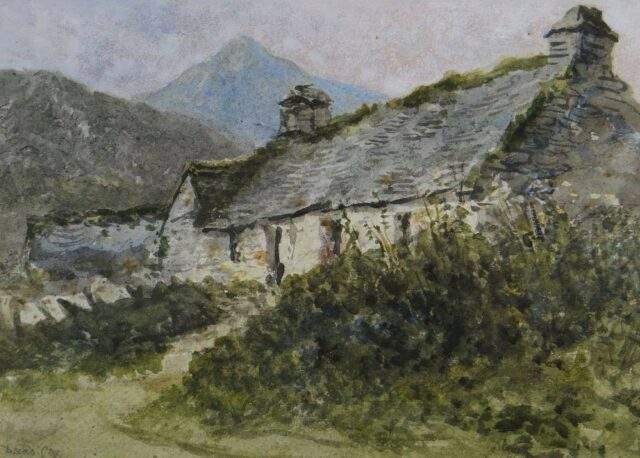 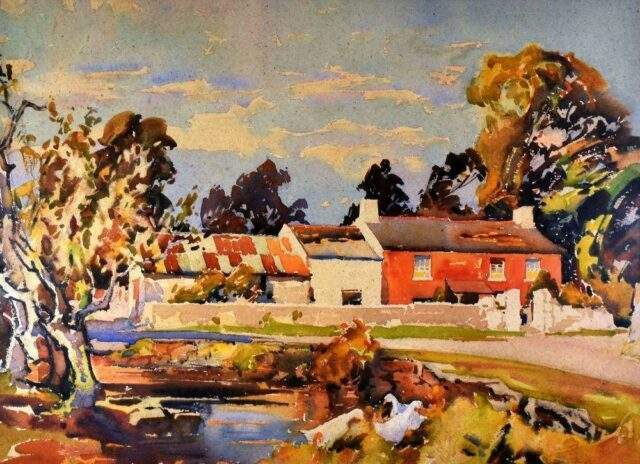 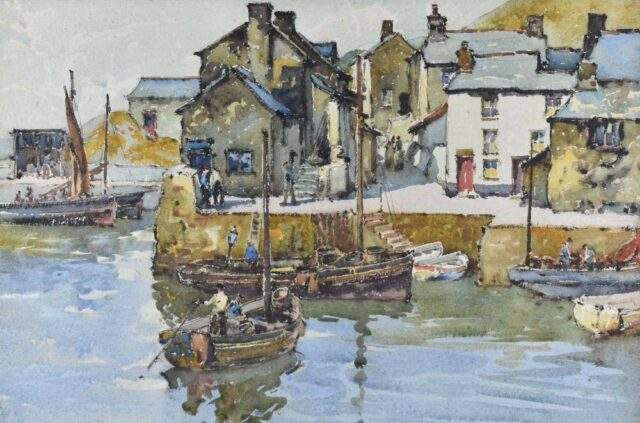 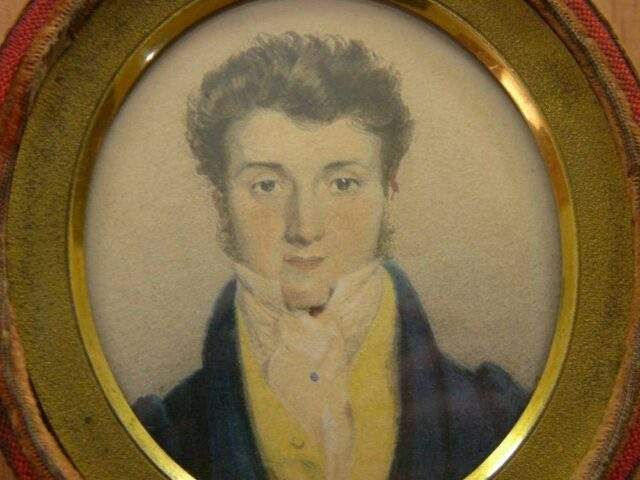 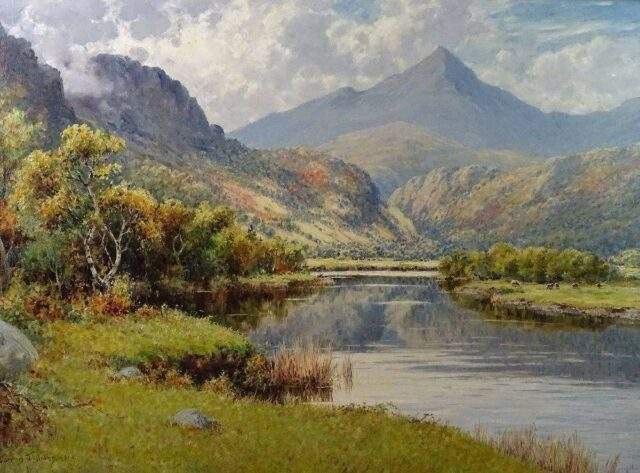 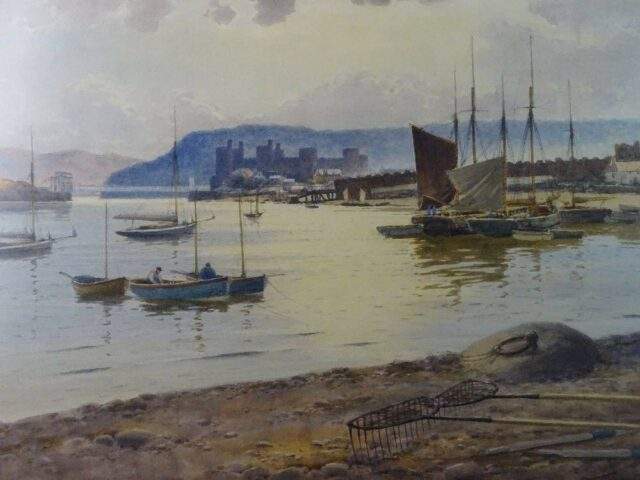 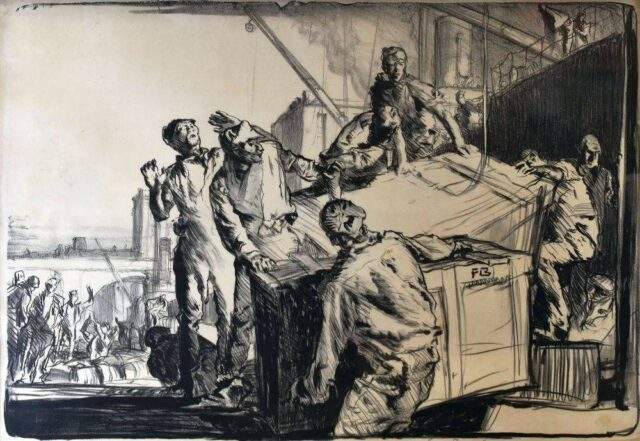 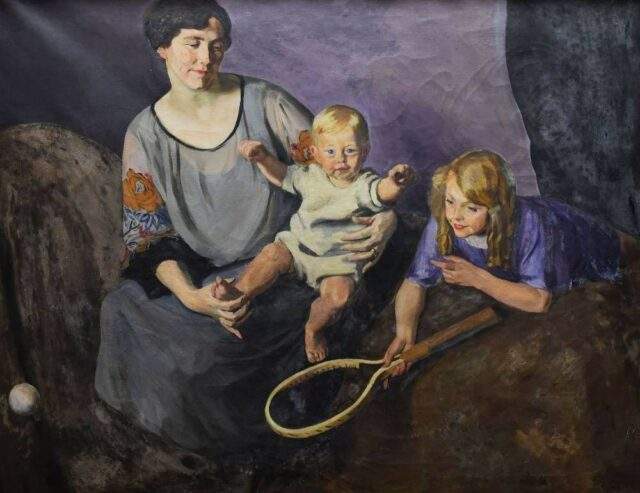 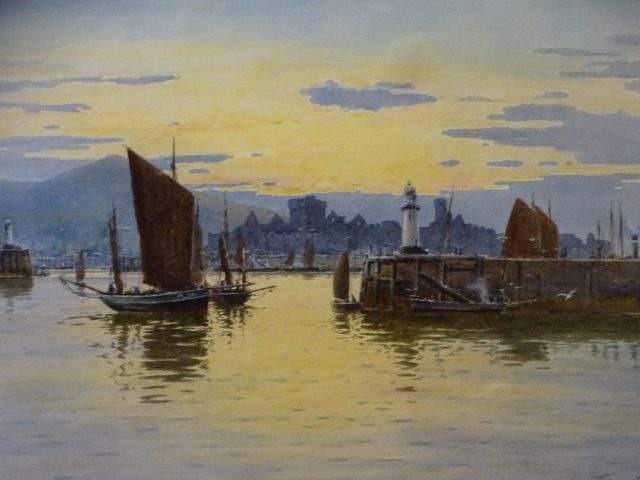 Over the course of this DIGITAL ROADSHOW series we have posted sixty-two articles on Antiques and Fine art, and fifteen of them have been on Welsh artists so far. All the Welsh artists we have covered however, flourished from the middle of the twentieth century to modern times. But what of earlier artists? Welsh art did not start with Kyffin and Ceri Richards.

It is interesting that probably the most famous single image relating to Welsh fine art dates from 1908, rather than from recent times. Surprising, as artists in the information-age can gain audience so easily and their images of work can be conveyed at an instant.

However, when we search the internet for Welsh art, an older image we recognize will inevitably appear at the top. I am of course talking about ‘Salem’ by Sydney Curnow Vosper (1866-1942).

The first version of this painting hangs in the The Lady Lever Art Gallery in Port Sunlight, Wirral, while the second is now proudly in public ownership at The National Library of Wales. It is securely retained for public consumption after Rogers Jones & Co were able to secure a private treaty with the former owner of the painting and the Library in 2019.

Sydney Curnow Vosper was a moderately successful English artist who just so happened to produce the most celebrated painting in Welsh fine art. Handling the second ‘Salem’ was a thrill and a privilege.

There is but a handful of Welsh artists who are famous household names from the end of the 19th Century and the start of the 20th.

Augustus John (1878 – 1961) is one. He is known for his Bohemian reputation and personal life more than a single iconic painting like Salem. But John became the leading British portrait artist of the 1920s and important works include his studies of T E Lawrence and Dylan Thomas. The latter can be seen at The National Museum of Wales in Cardiff.

Gwen John (1876-1939), Augustus’ sister is another name that many of us will be familiar with. Gwen John’s reputation has grown enormously in the last few decades and now her portraits can make significant auction prices. Gwen John was Auguste Rodin’s lover, and the affair with the father of modern sculpture certainly raised awareness of her and her work, particularly in recent years. Nothing like a bit of controversy to help an artist!

Another name that is prominent in the earlier history of Welsh art is David Cox (1783-1859). Englishman, Cox was one of the leading figures in landscape in the first half of the 19th century. He made his first of many summer visits to Betws-y-Coed in 1844. Before long, the pretty Snowdonia village became a destination of choice for artists, with Cox encouraging his younger followers with regular painting demonstrations. The result was an artist’s colony becoming established in Betws-y-Coed. We now often describe Cox’s contemporaries who painted in the area as ‘The Colony Artists’.

Staying in the Conwy Valley area for the moment; the artist Warren Williams (1863 – 1941) deserves a mention here too. If you are from North Wales, you may well have grown up with these paintings, as I did. Warren Williams was a resident of Conwy and his watercolours of the river valley, Anglesey fishing villages and Snowdonia are simply wonderful. His inland landscapes are distinctive with the lush green of the grass and very fine execution of sheep scattered on the grass – probably the most difficult animal to achieve success with. He was another artist with a local reputation, selling his paintings on Conwy Quay to finance his drinking at the Liverpool Arms public house until required to go out again and repeat the experience.

Alfred de Breanski (1852-1928) is another landscape artist in the traditional style of the ‘The Colony Artists’. He is better known for his paintings of the Scottish Highlands, but he also painted in the Lake District and in Snowdonia. Breanski was influenced by John Constable but his work had sublime coloristic qualities, his use of light in his work is extraordinary, particularly when we see his soft sunsets reflecting on his majestic mountains. Good examples of Breanski works are just magical.

Sir Frank Brangwyn RA (1867 – 1956) was an exceptionally versatile artist who worked in paints and stained glass, produced prints, designed furniture, ceramics, and interiors. Much of his work contained symbolism regarding the decline of the British Empire.

In 1926 Brangwyn was commissioned to paint a pair of large canvases for the Royal Gallery of the House of Lords to commemorate those peers and their family members who had been killed in the World War I. Brangwyn painted two battle scenes comprising life-size troops advancing into battle with a British tank. The panels were deemed too disturbing and the House refused to accept them. Instead, they commissioned Brangwyn to produce a series reflecting the beauty of the British Empire to fill the Royal Gallery.

The British Empire Panels took Brangwyn a further five years to produce 16 huge works. However, after five of the panels were displayed in the Royal Gallery for approval, the Lords refused to accept them again. This time for being too vibrant! And so, the 16 panels were purchased by Swansea Council and are now in Brangwyn Hall for us to see.

Staying in Swansea, artist Will Evans (1888 – 1957) was mainly a landscape painter known for his views of the Gower peninsula. He was another artist who was able to sensitively incorporate sunlight and atmosphere. He often painted in and around Great Lunnon Farm near Parkmill and his views of the farm, often with a reflecting pond, a distant figure and poultry are splendidly tranquil. Will Evans was important for painting Swansea town after bomb damage in the second world war. Such paintings show the desolation and brutal destruction after the bombs had dropped. Ironically, there is a stillness and tranquillity to these paintings too – the sunshine after the storm. There are some terrific examples of Will Evans’ work at the Glynn Vivian Art Gallery in Swansea.

Probably the most important Welsh-born artist of the 19th Century was Merthyr’s Penry Williams (1802 – 1885). Best known for his romantic Italian views and scenes of Roman life but also his remarkable ‘Merthyr Riots’ works. We have a rare example of his work in our forthcoming Welsh Sale auction, but his work rarely appears on the market. Cyfarthfa Castle in Merthyr hold a superb collection of his work.

Evan Walters (1892 – 1951) is another painter whom we do not often see on the market. His subject matter was often the mining communities of the South Wales valleys. While Carey Morris (1882 – 1968) typically painted portraits of rural West Wales figures and was also able to gain important portrait commissions in London.

Lastly J M W Turner must be mentioned to finish this article. I was fortunate enough to be called in to a house in the Vale of Glamorgan, to see a collection of watercolours in 2017. The paintings came back in my car to investigate back at the saleroom. Most were of a straight-forward nature with fairly modest values. But in amongst them was a small faint quarry scene watercolour, which was not signed but had a technique and subject matter that felt familiar. On investigation, and consultation, the painting was confirmed to be a sketch by JMW Turner, produced in around 1794-1796 during a tour of North Wales. After our research, the vendor was very pleased to hear my news and very shocked to see it reach £30,000 at The Welsh Sale.

Below is a selection of paintings we have sold by the artists above with the prices they achieved noted. Our knowledge extends to all periods of Welsh art and we would be most pleased to hear from you should you have an ‘earlier’ painting that you would like us to investigate or value. Our Welsh Sale auction transcends all periods of art.

Obtaining a valuation or assessment can be done by email usually, and is free of charge and without obligation.

Our next Welsh Sale is on September 12th and there is still time for entries. 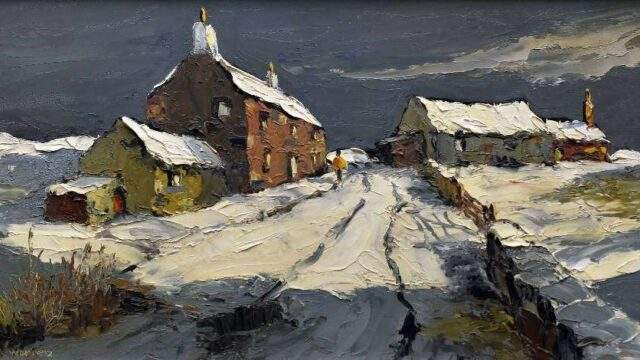