Made for travel and devised to be dismantled or folded, such furniture flourished among British Army officers during the rise and expansion of the empire in the 19th and 20th centuries.

Not only was it made to be strong and sturdy to withstand the long arduous journeys, but many incorporated discreet and hidden features, such as hinges, to make them look like domestic furniture when reassembled in a tent or ship.

Used to carry everything from clothes to crockery, but in this case all that is required for a portable office, there was apparently no limit to the campaign furniture an officer would take with him if he could afford to: The Times noted in 1858 that Sir Colin Campbell’s baggage train at Lucknow in India “extended for eighteen miles”.

As warfare changed, demand declined and by the 1900s many of the independent makers of campaign furniture began to disappear.

Campaign furniture has since become a well established branch of the antique furniture market, appealing to collectors with an interest in military history as well as interior designers, interesting proportions, and home decorators attracted by its clean lines and timeless aesthetic.

This bureau in our auction in April was splendidly proportioned, it had a wonderful colour and patina and a quality of workmanship that was demanded by the officer class. 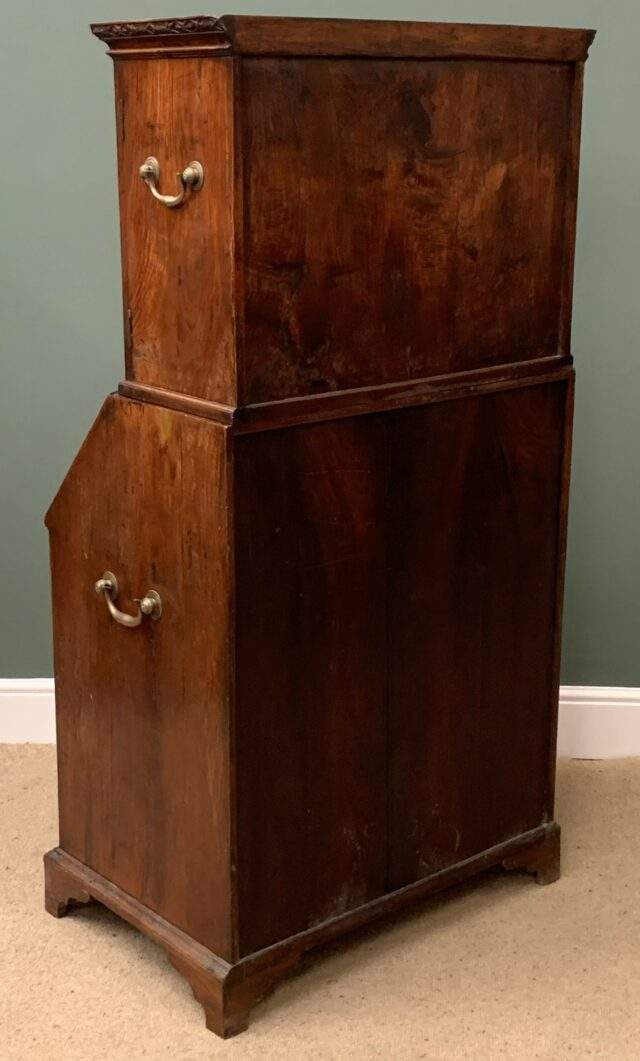 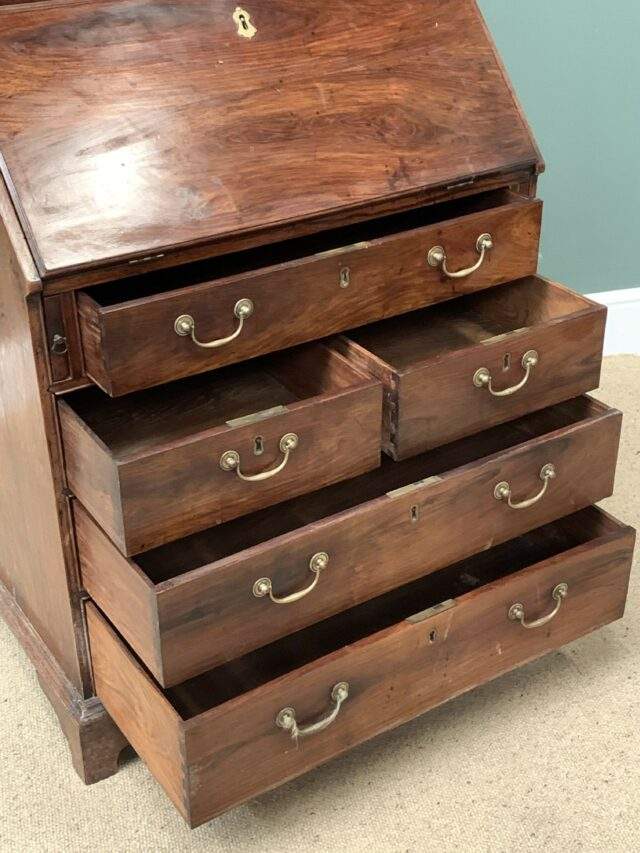 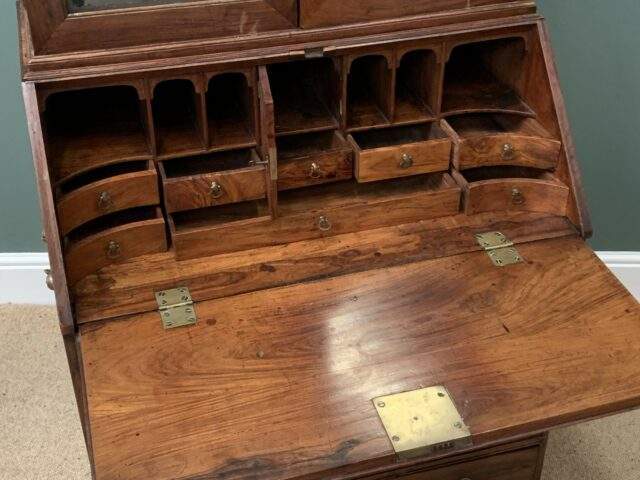 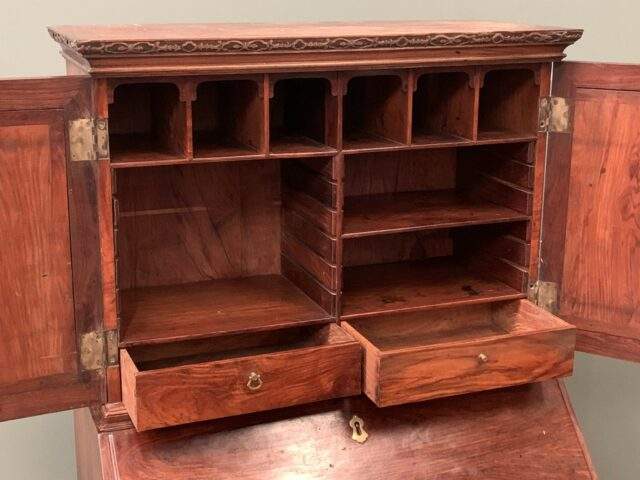 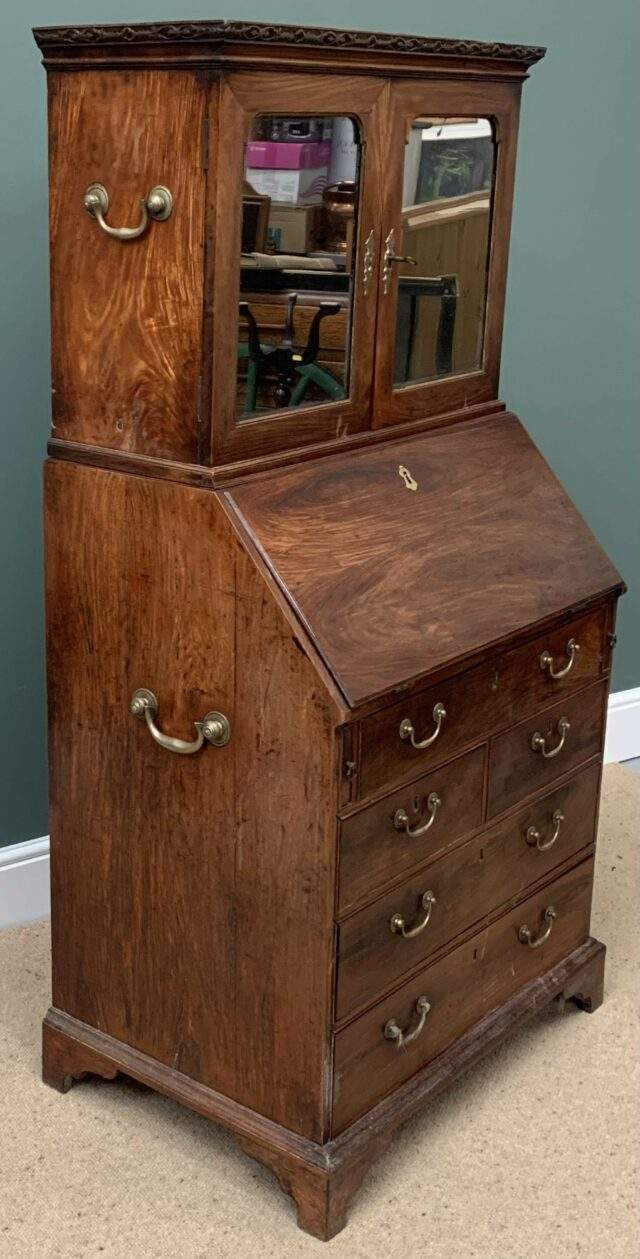 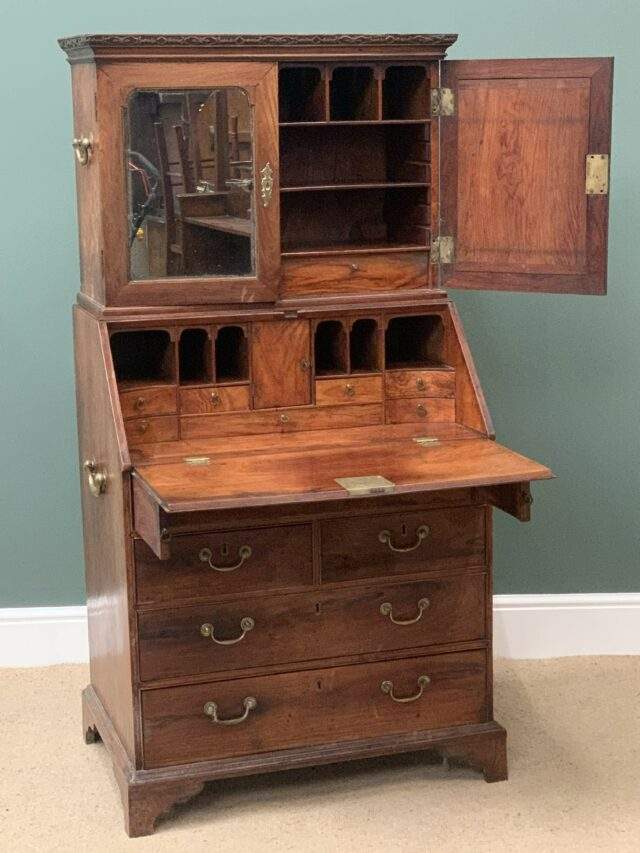