John Knapp Fisher (1931 - 2105) was always an artist and draughtsman, he was immersed in art and lived the life of a landscape artist with utter conviction. His father, Arthur Bedford Knapp-Fisher, was the Professor of Architecture at London’s Royal College of Art and a fine draughtsman and watercolourist himself. So, it seems that art was in John’s blood. 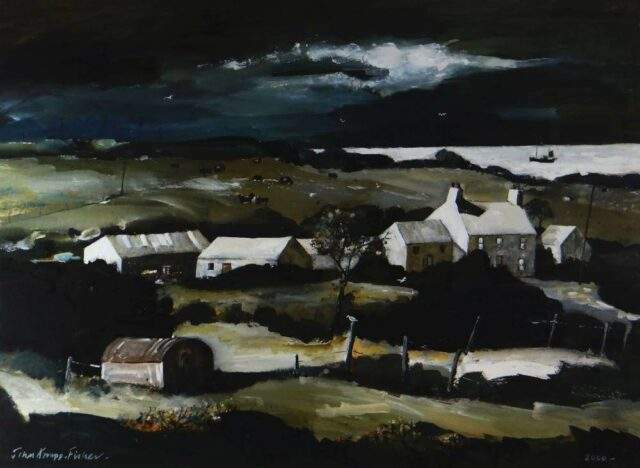 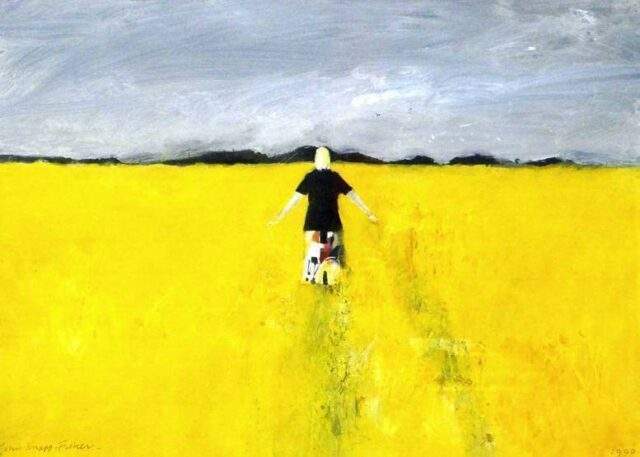 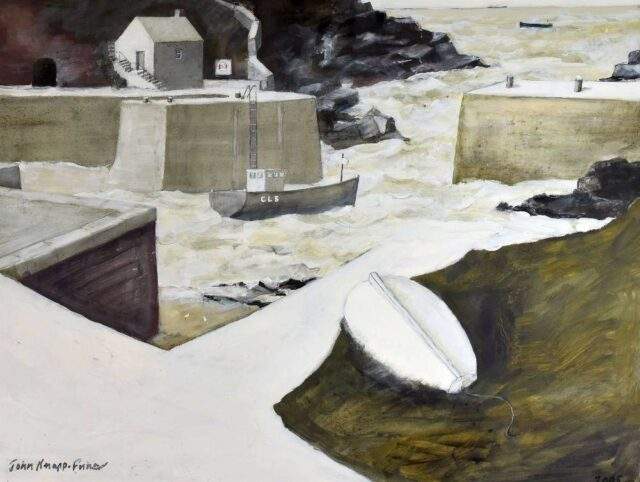 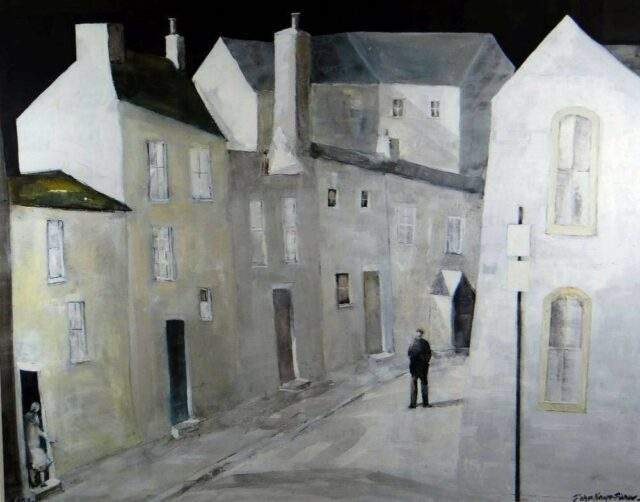 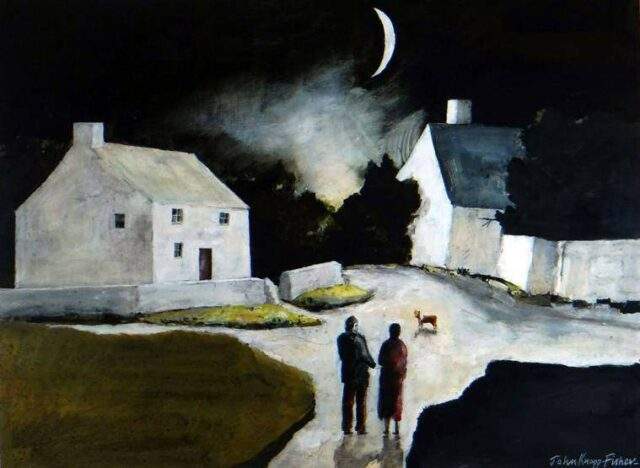 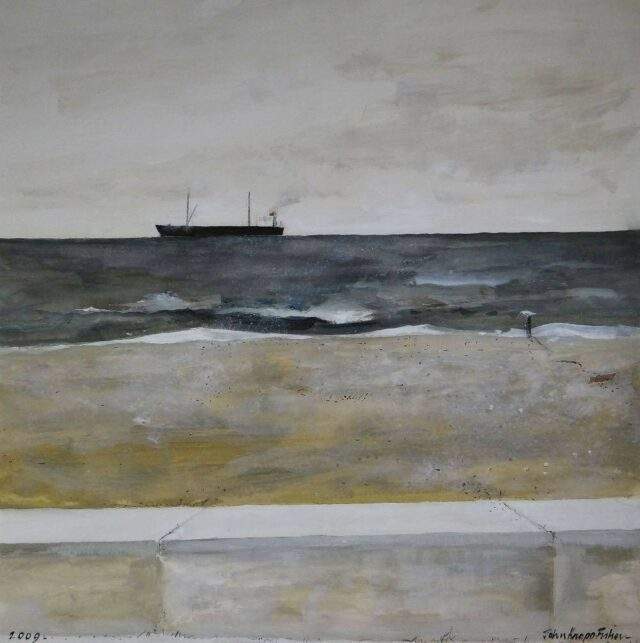 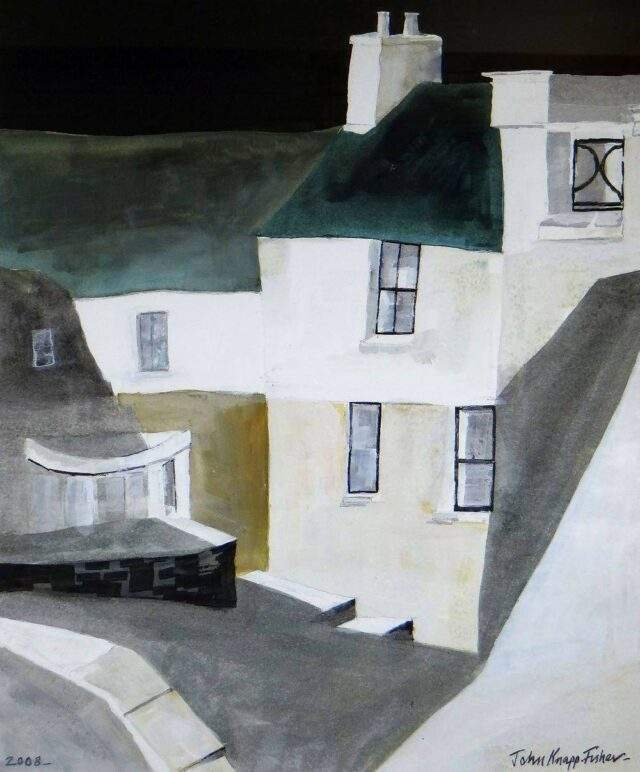 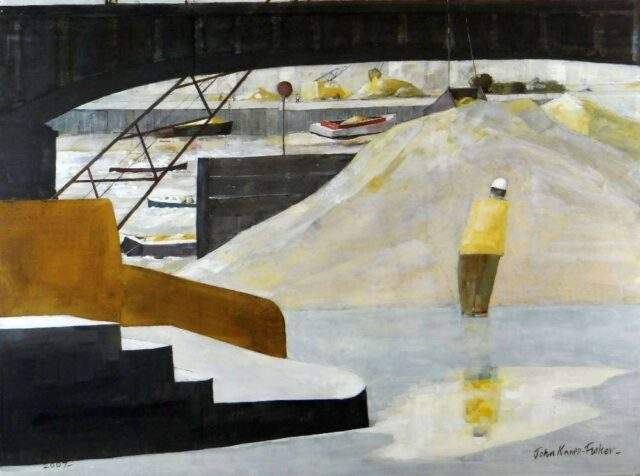 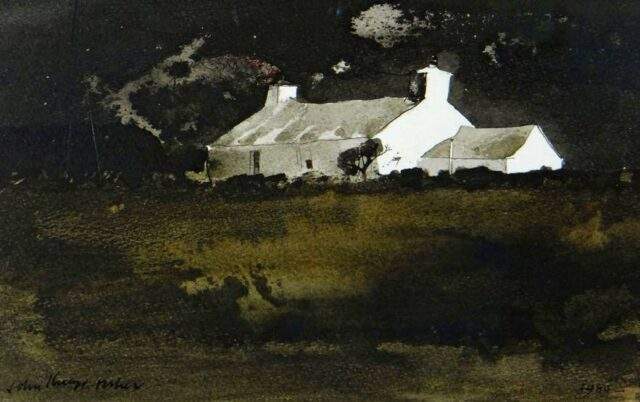 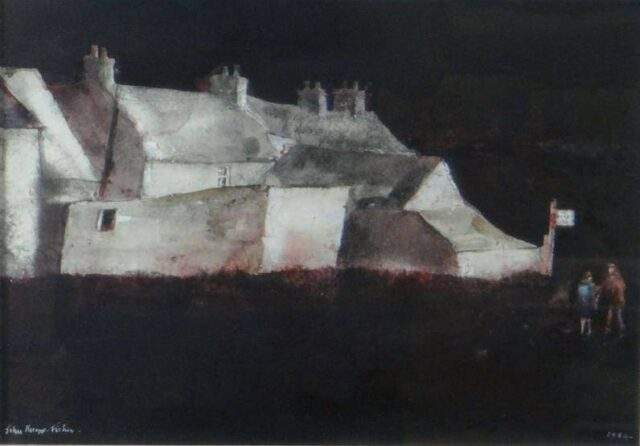 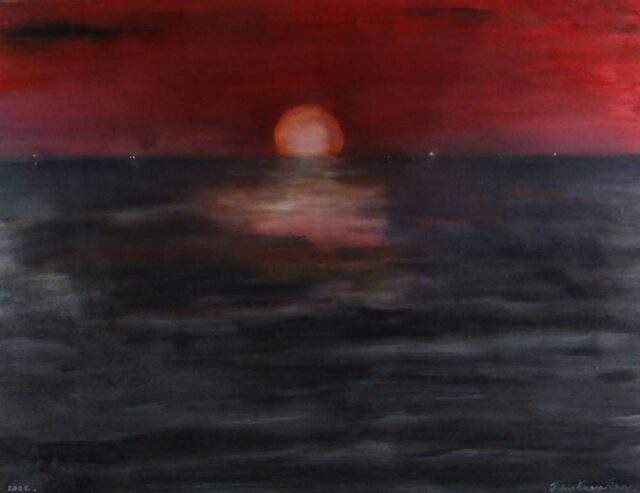 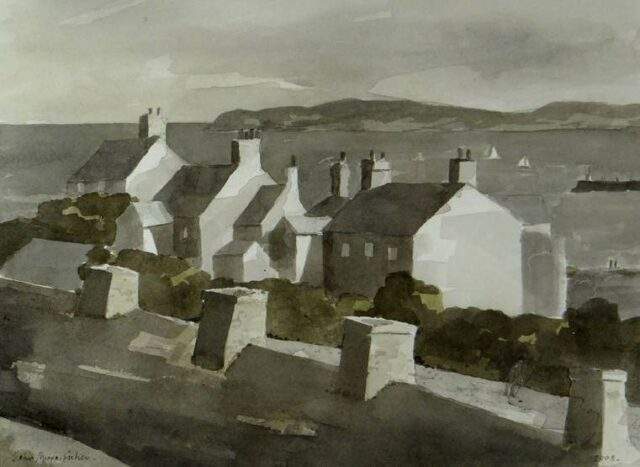 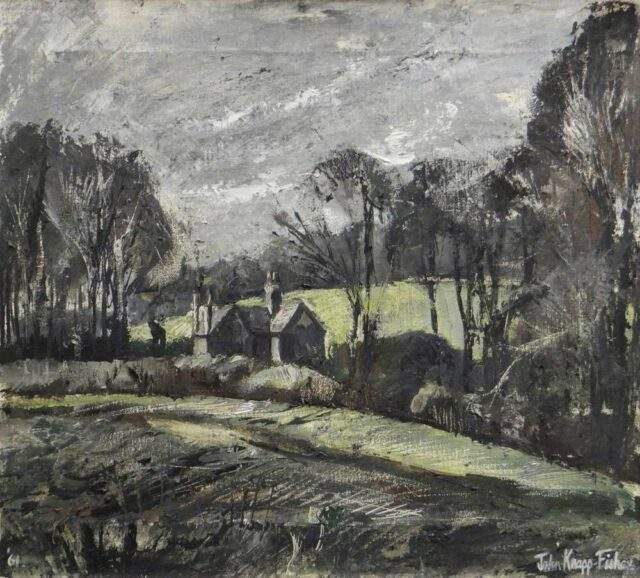 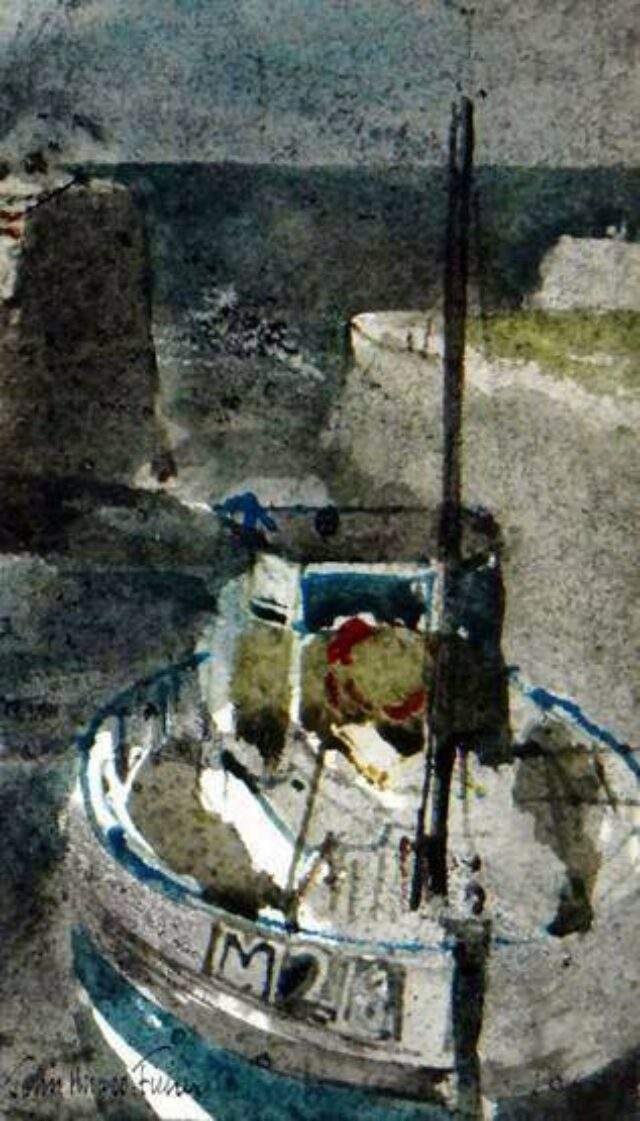 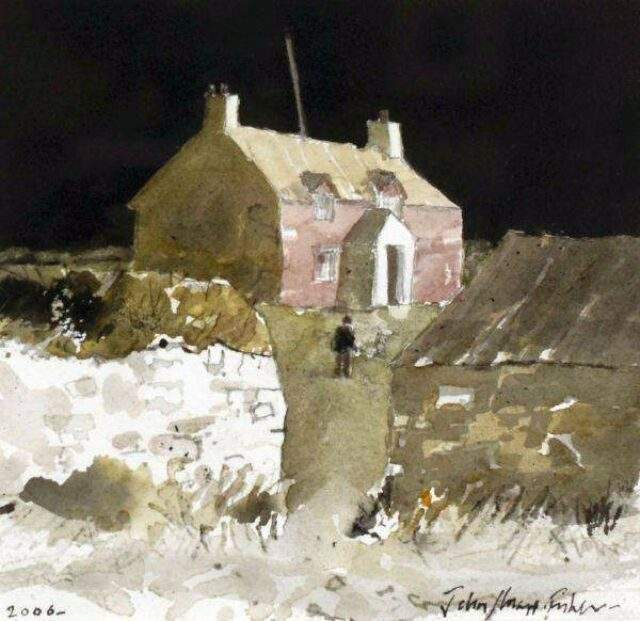 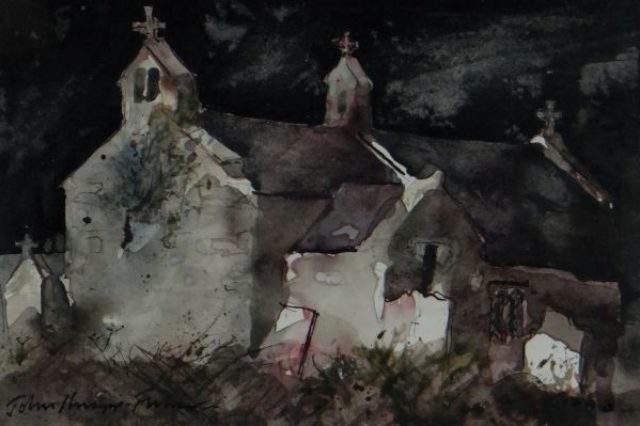 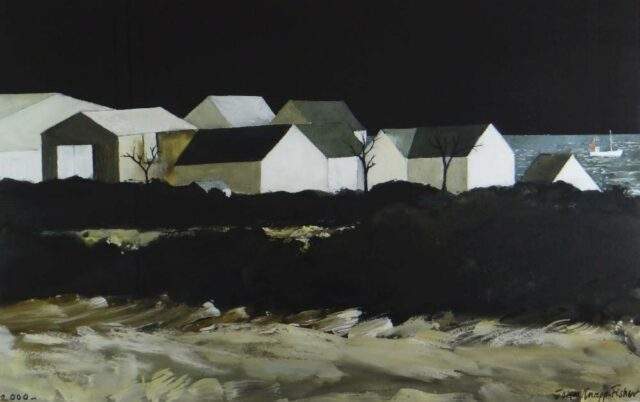 John Knapp Fisher started in theatre design, creating backdrops and canvases before becoming a full-time painter. Again, unlike McIntyre, his methods of working and subject matter altered little during his lifetime, the changes in his work came from perfecting technique and refinement. The differences are also significant when we look at his paintings. Knapp Fisher had a distinctive style using a limited palette, tones of black and white in stark contrast with only an occasional temptation of colour to bring his subject to life.

In 1965, he moved to Pembrokeshire where he lived until his death. He did travel, and in fact his largest exhibition was in South Africa, but Pembrokshire was his muse. These days, when we think of iconic Pembrokeshire artists, John Knapp Fisher is probably the first name on our lips, largely helped by the fact that his Croesgoch studio was also his gallery, attracting thousands of visitors and loyal customers year on year.

The artist was very much involved in the entire process; from wandering the landscape, exploring obscure corners, sketching en plein air, developing his sketches at his studio, to even making the frames and looking after the business-side at the gallery. This was Knapp Fisher’s world to which he was totally immersed.

Firstly, Knapp Fisher was a superb draughtsman who had honed his skill over many years working in his own identifiable style. This style is very different to what we think of as ‘the twentieth century Welsh school’ which is perhaps now synonymous with large oil paintings in heavy impasto. John Knapp Fisher did work in oils too, but his bread and butter work was smaller mixed media paintings, often in ink and watercolour.

Artists, to make a life out of their art, must be commercial and I cannot think of a more commercially viable Welsh artist than John Knapp Fisher. He ran a gallery in a tourist hot-spot and prolifically produced small ‘letterbox’ paintings meaning visitors to his gallery could purchase works on a regular basis without filling their walls on one visit. He produced larger paintings too, but these are rarer, more expansive in their composition. They are the ones that the casual visitors to his gallery saved up for. These larger paintings often tipped a hat to the St Ives School and especially Ben Nicholson (an artist who sells for upwards of £50,000 at the salerooms). Perhaps another 'accidental' marketing ploy to entice the St Ives’ School followers to his work.

Above all though and speaking to the collectors of John Knapp Fisher’s work, it is the Pembrokeshire landscape that they buy in to, and through natural talent, hard graft, commerciality and total dedication to his muse, Knapp Fisher was Pembrokeshire.

If you would like to discuss your John Knapp Fisher painting without any obligation we would love to hear from you. 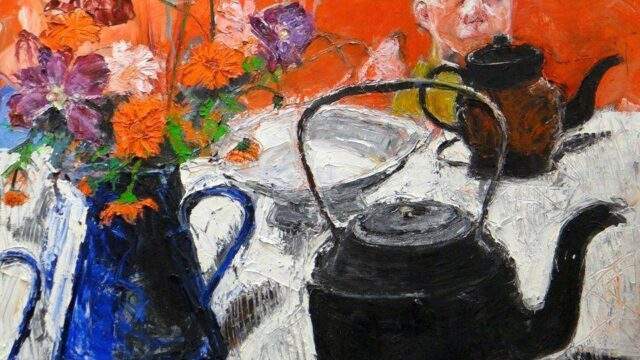 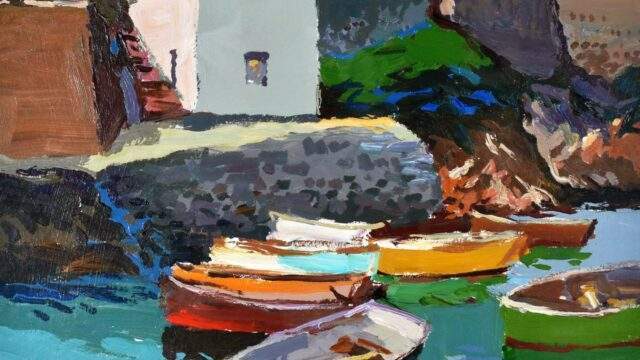