Tunnicliffe was born in the small village of Langley in Cheshire on the outskirts of Macclesfield and his formative years were spent exploring the local countryside where he developed a passion for wildlife. This interest in animals was further developed as he began to assist on the family farm understanding the needs and behaviours of these domestic creatures. 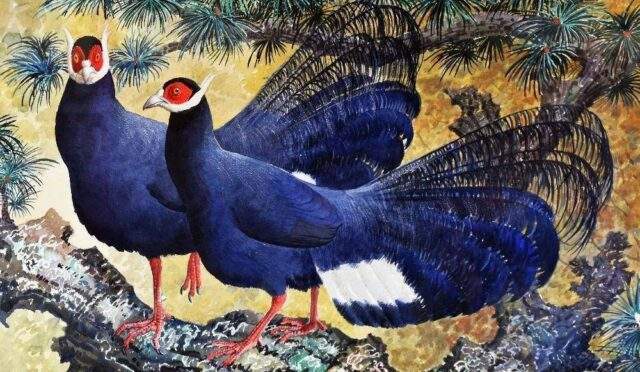 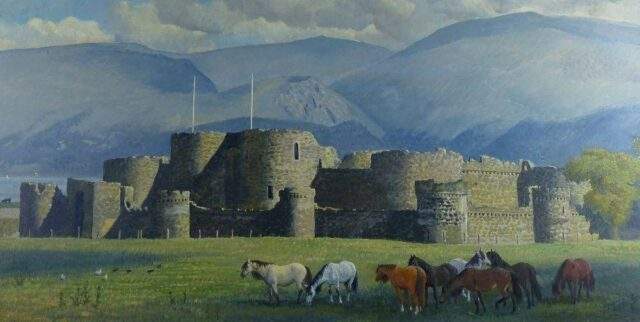 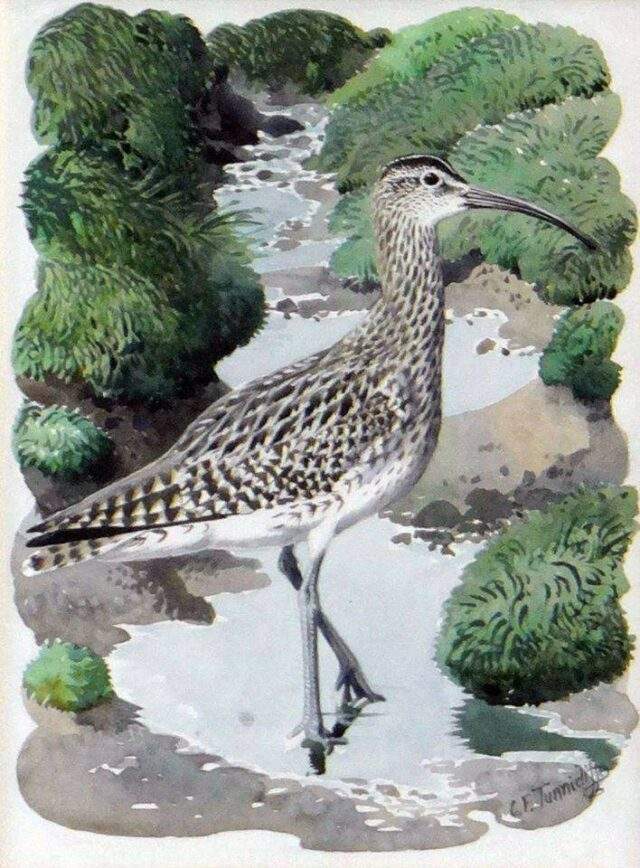 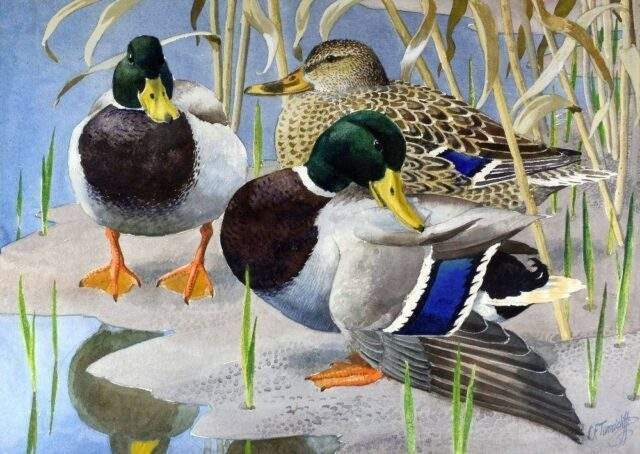 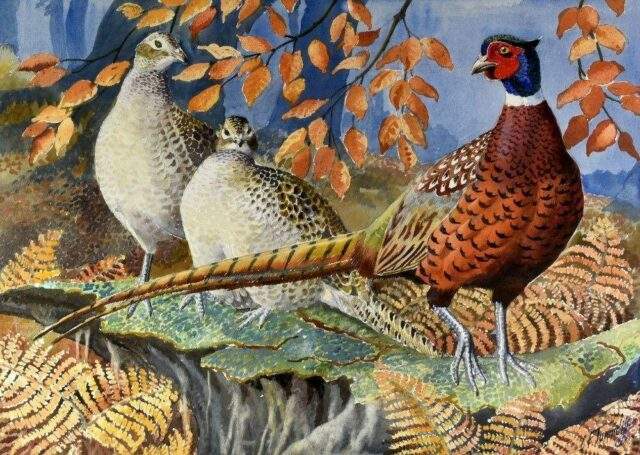 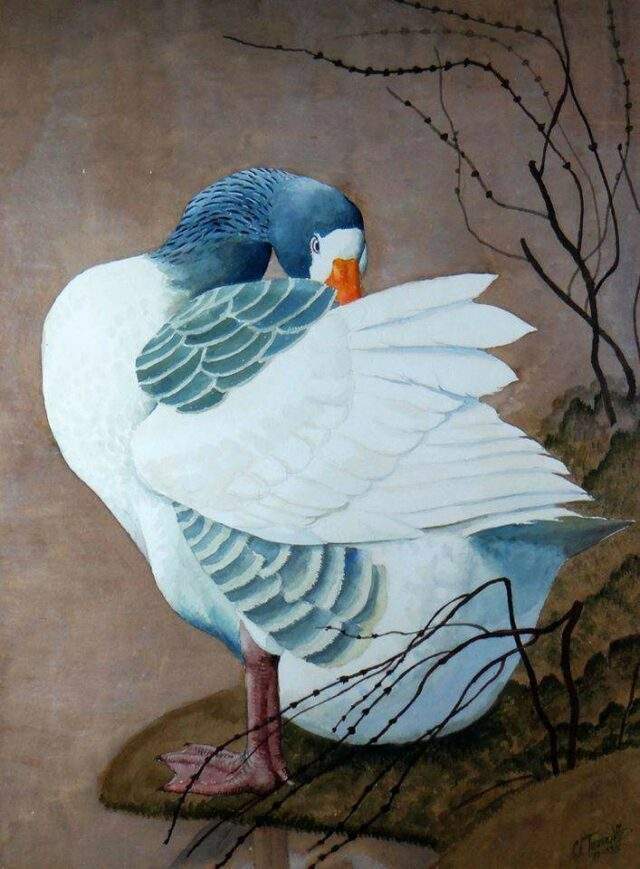 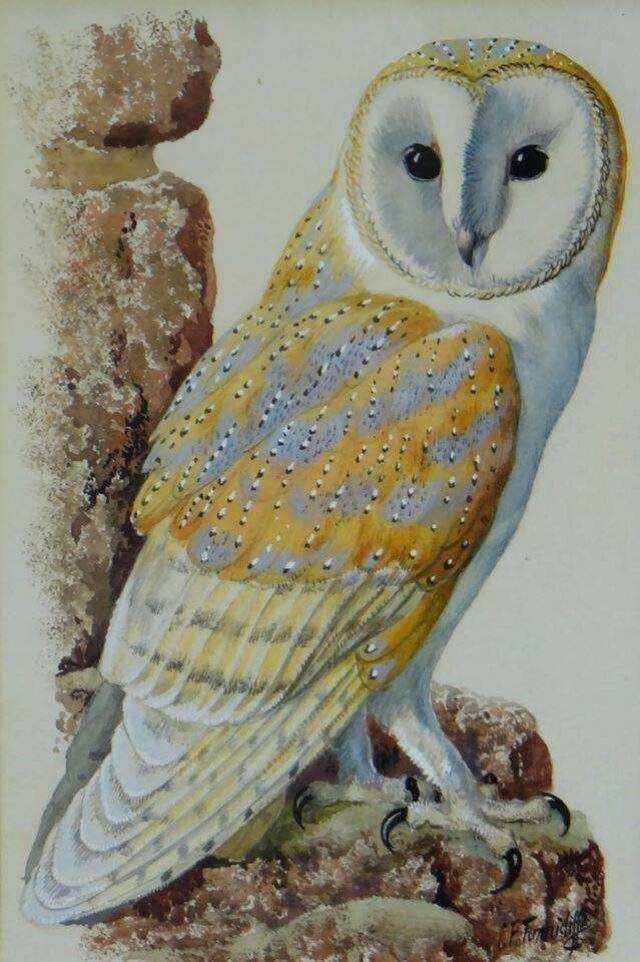 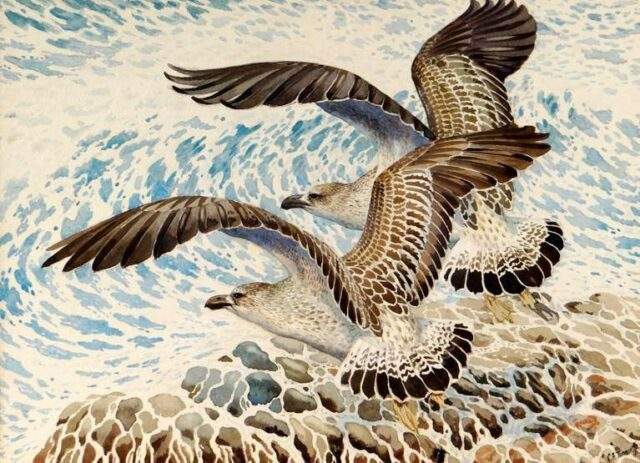 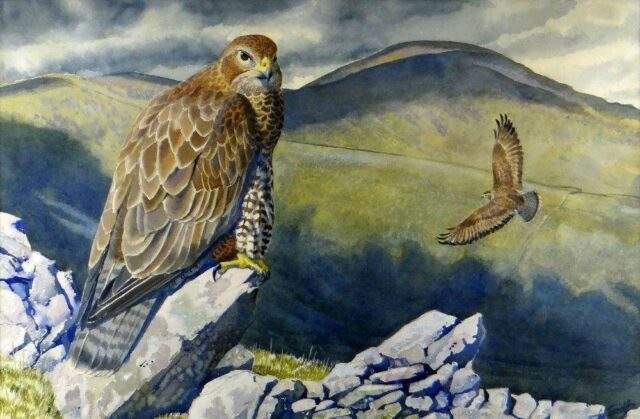 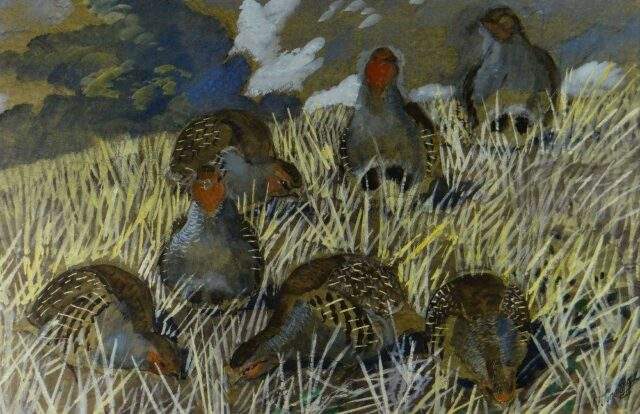 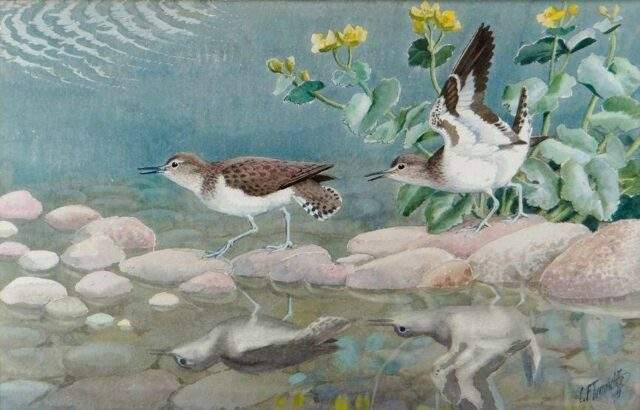 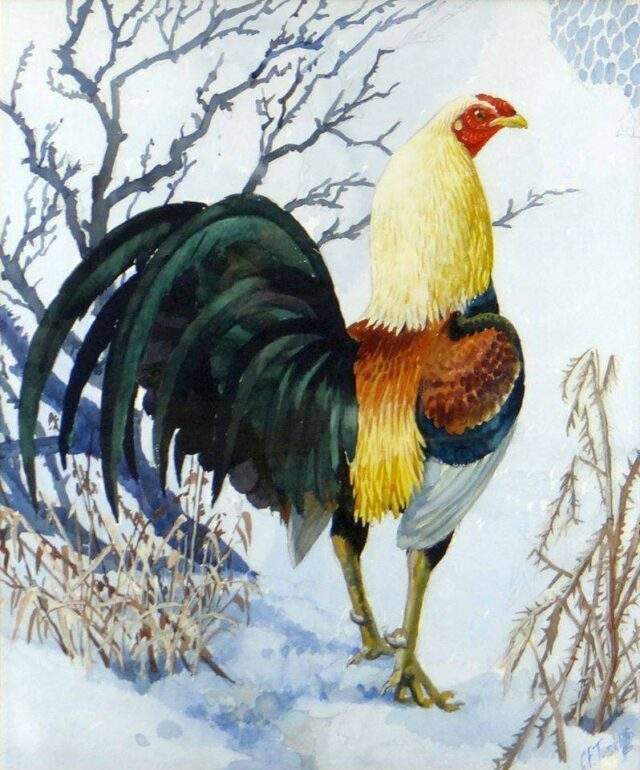 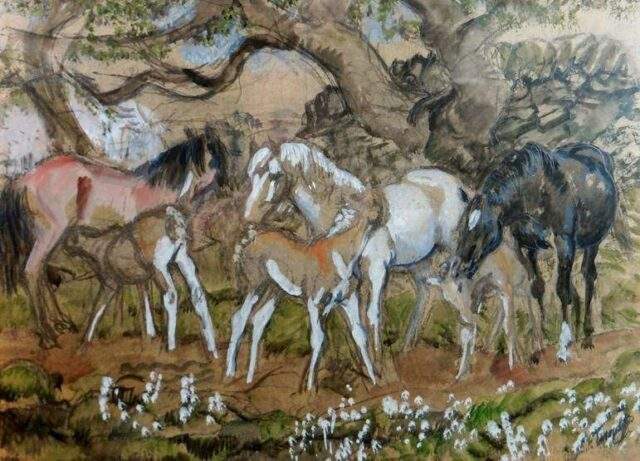 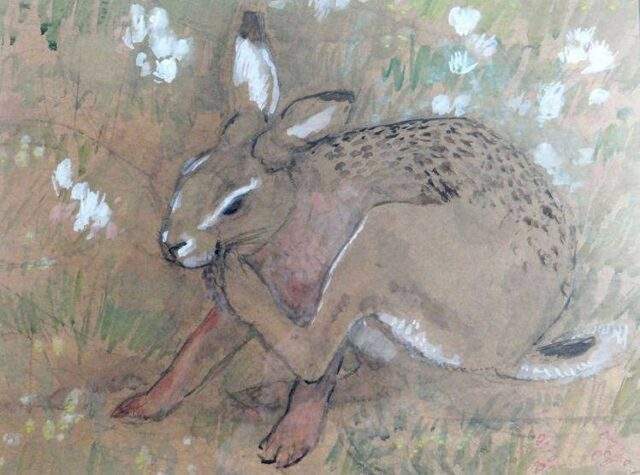 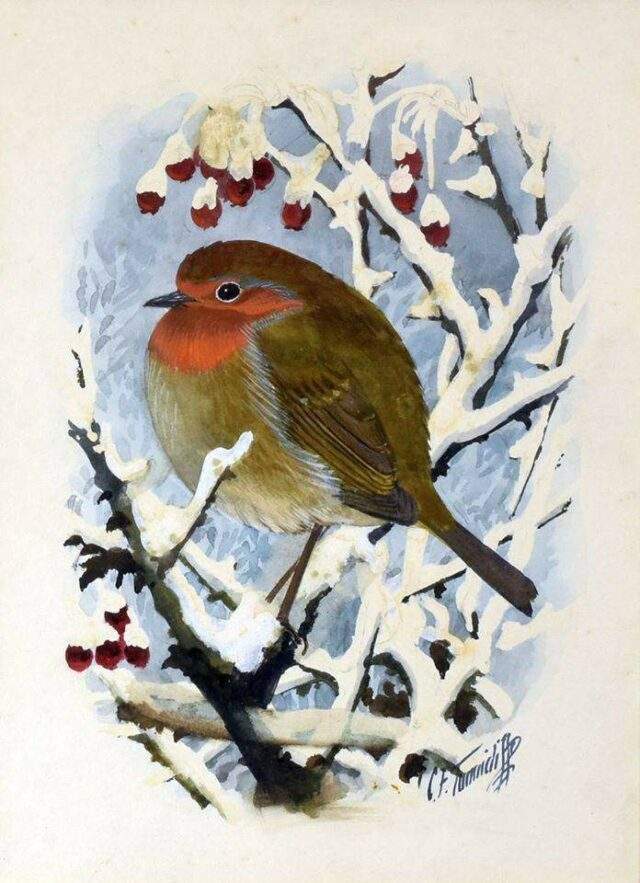 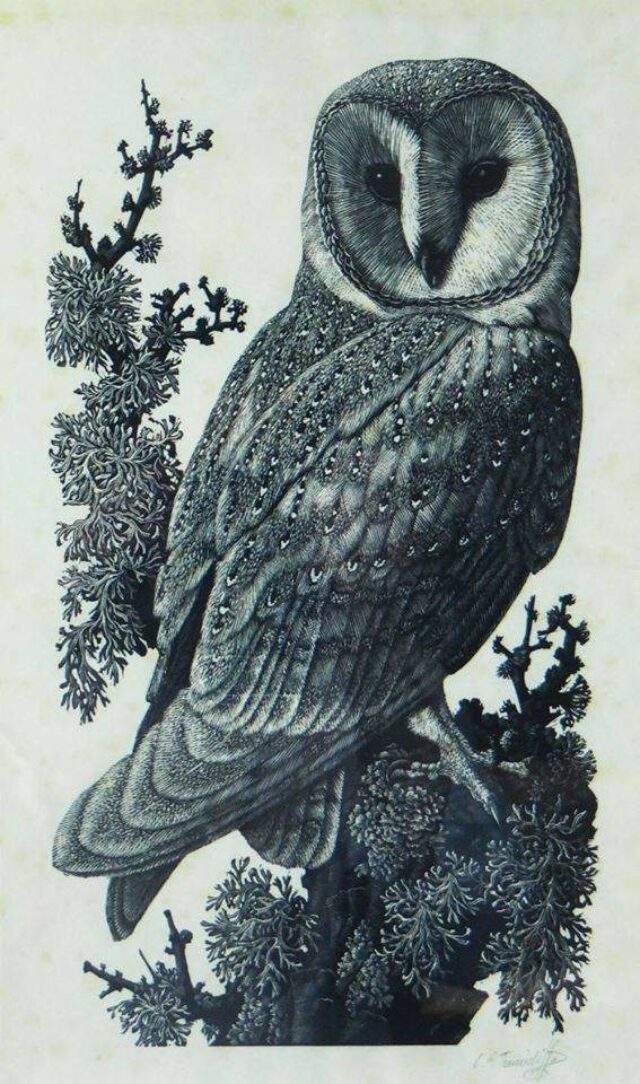 During his early years he excelled at the Macclesfield School of Art which led to a scholarship to the prestigious Royal College of Art. It was clear from an early age the career path Tunnicliffe was going to take, often in contrast to so many other successful artists.

His move to Malltraeth in Ynys Môn (Anglesey) in 1947 coincided with the most well-known period of his work primarily focussing on the abundant species of birds in their natural habitats.

Speaking personally, growing up near the coastline of East Devon, I appreciate the allure of the sea, the local topography and the diverse birds and animals that inhabit these everchanging locations. Tunnicliffe’s ability to capture these animals naturally is one of the reasons his work is so sought after at auction. Whether it be a delicate pencil drawing of a rabbit scratching its head, razorbills resting on a cliff in gouache, or a bird of prey statuesquely surveying the land beyond, his ability to capture these moments without losing the elegance and poise of the animals can often be breath-taking. Understanding the biology of the animals, their surroundings, and behaviours no doubt led to his work illustrating Brooke Bond tea cards.

His detail and precision are often astounding but is not limited just to birds. Tunnicliffe was a superb landscape painter and was also extremely competent in a range of media ranging from woodcut and aquatint through to watercolour and his impressive oil paintings.

One painting that we had the pleasure of selling in 2017 showcased his enviable skills in capturing a view of the Northern side of Beaumaris Castle with the dramatic Carnedd in the background and in the foreground seven pecking birds and eight of the artists iconic ponies. An exhibition quality work measuring 48 x 95cms it sailed above our pre-sale estimate of £1500-2000 to £4100.

Tunnicliffe lived in Malltraeth until his death in 1979 by which time his honours list included a Fellowship of the Royal Academy (1954), a Royal Society for the Protection of Bird’s Gold Medal (1975) and The Most Excellent Order of The British Empire (1978). His illustrations appear in over 250 books including Tarka the Otter, My Friend Flicka, Punchbowl Midnight and Under the Sea Wind to name a few.

We have a proud history selling many wonderful examples of this great artist's work at our Welsh Sale auction. Due to Tunnicliffe spending close to half his life living and working in Wales and his subject matter often depicting the birds and landscapes of Wales, he is a feature of our market leading Welsh sale held three times per year.

The museum and arts centre, Oriel Ynys Môn, is home to The Tunnicliffe Collection and an absolute must visit for Welsh art enthusiasts. A superb and varied exhibition programme run by the museum showcases emerging artists and giants of Welsh art including none other than Sir Kyffin Williams.

Attached are a selection of the original works we have sold in the recent past with auction prices noted.

We are now inviting entries for our forthcoming Welsh sale auction in September. Should you have any works by Charles Frederick Tunnicliffe or any other Welsh interest artwork, we would be pleased to offer free advice without obligation. 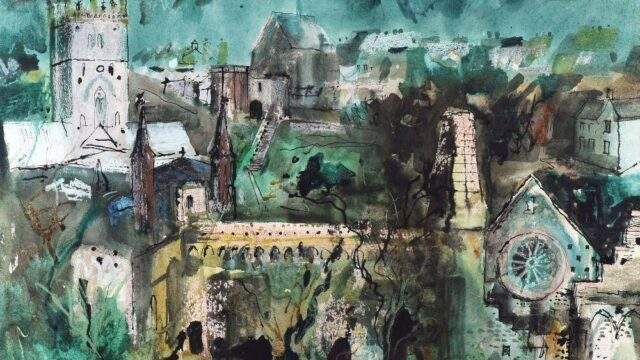 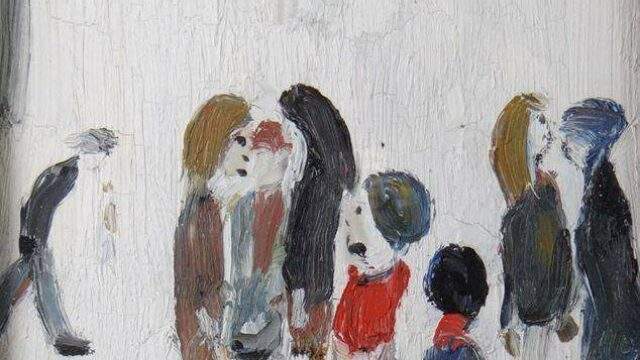 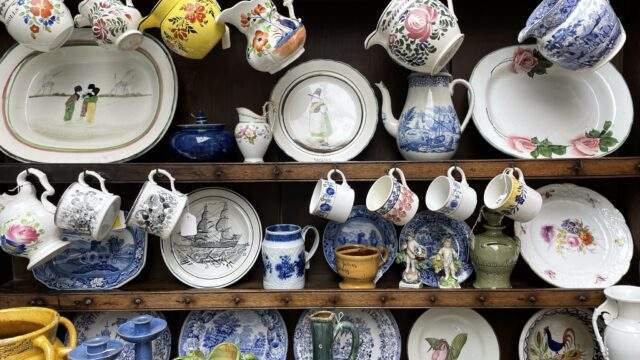 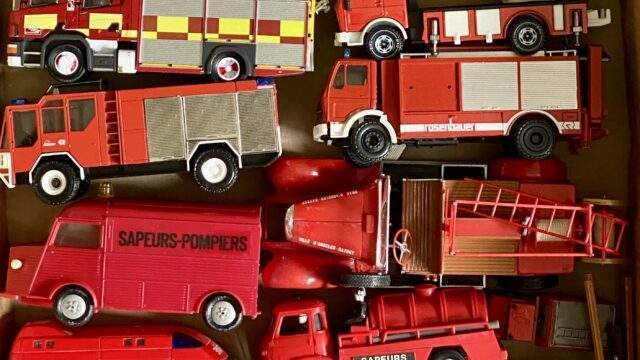 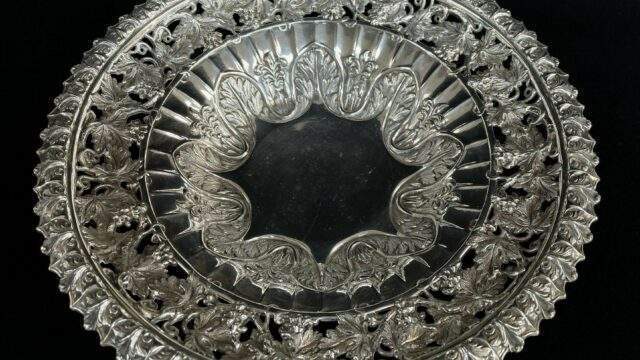