We are delighted to welcome to our Welsh Sale on March 12th a collection of Swansea Etruscan Ware which is most likely the best and most important to be offered at auction. 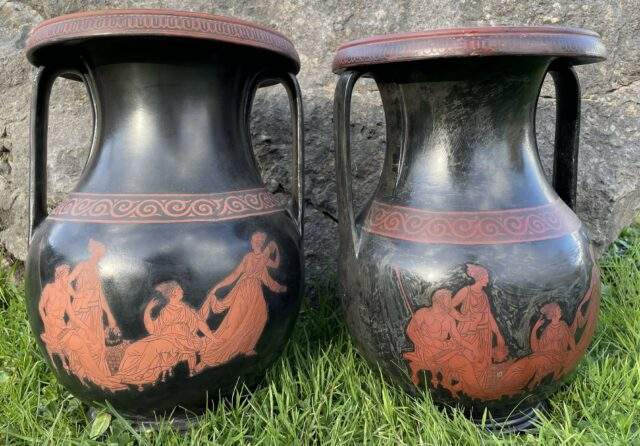 Dillwyn’s Swansea ‘Etruscan’ ware is a range of pottery produced between 1847 and 1850 by the Cambrian Pottery in Swansea. The range represented the Cambrian Factory’s last attempt to produce ‘serious’ pottery of aesthetic merit.

The term ‘Etruscan’ is somewhat of a misnomer, as rather than being inspired by the designs produced by the Etruscan civilisation of North-West Italy, the designs are more aligned with designs of the classical Athenian red-figure vases, found in Southern Italy and in Sicilian tombs. 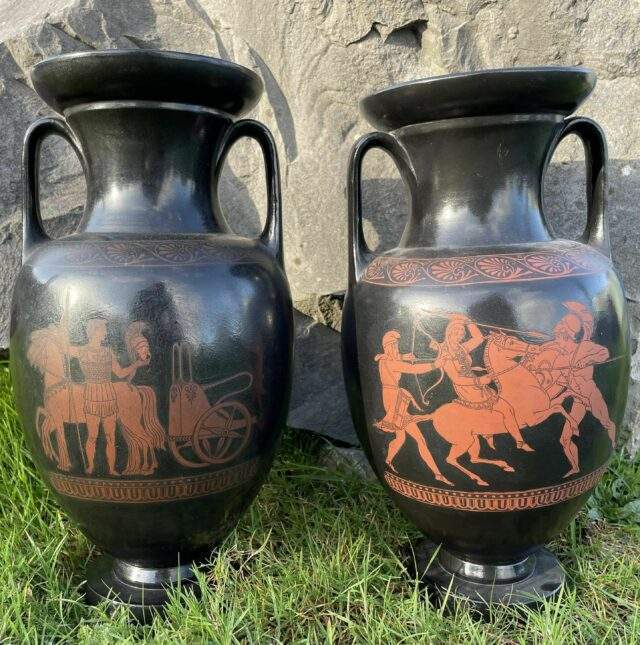 The Swansea Etruscan range was created by Lewis Llewelyn Dilwyn at the Cambrian Pottery to adorn ‘humble homesteads’ at cheap prices. Dillwyn commented that his intentions were to place ‘in the hands of all, ornaments of a high character at a cheap rate’. His aim was to add to the amenities and refinement of life in ordinary households which were far from having the finances for Greek or Italian originals. Dillwyn hoped that the Classical designs would be aspirational to the masses and that the local Welsh public would also be moved by the usage of Welsh red clay.

This less wealthy class of consumer was seen as an untapped market which was different to the middle-to-upper classes. Different to those who may have already began their collections of Wedgwood Etruscan black-basalt ‘art vases’ produced at the Etruria Works, Staffordshire.

The designs were worked by Mrs ‘Bessie’ Dillwyn and engraved by John Stanway Brown, while the shapes were modelled by William Clowes Snr. Bessie Dillwyn was inspired by her study of ancient pottery at the British Museum in London (but also by the later and successful copies by Josiah Wedgwood). 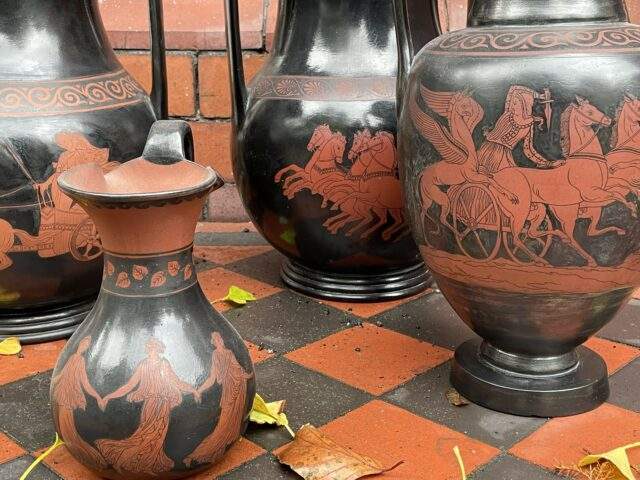 Part of the Swansea Etruscan Collection

At the time of production, the Dillwyn factory was employing no fewer than 162 workers who learnt the neo-Classical designs. Using moulds, the potters, painters and printers reproduced the canonical Greek shapes, the aryballos, oinochoe, kylix, pyxis, pelike and so forth. They were decorated with scenes of Greek mythology to include Odysseus, Poseidon, Zeus, Hera and Helios.

Even for local miners the wares were affordable at around 2-3 shillings per item. But the Etruscan brand failed as the miners and the working classes did not buy-in to Dillwyn’s aspirational pottery. Wages were hard earned and with that comes a stubbornness. While those who could be more frivolous with their money, those that were more attuned with neo-Classicism, took a stance that vases made from ‘flower-pot clay’ in Wales, would be coarse and rustic. Others were suspicious of ceramics which appeared to be refined yet were available at such affordable prices.

For ambitious Lewis Dillwyn, the Etruscan range proved somewhat to be a Greek tragedy. And it now acts as a colourful Victorian case-study for poor marketing - being too many things to the wrong audience. And thus, the range failed as a commercial enterprise and was discontinued after a short period.

The short period of production means that today, Swansea Etruscan is seldom seen on the open market. Searches on auction sites bring up very scarce results. Etruscan is rare and for this reason it is highly coveted by the Welsh-ceramics collector.

The Classical designs of Etruscan ware may have ultimately failed, but they are an important demonstration of Welsh ambition which might have perhaps arrived too early for the buying public. They also represent the visions of Lewis Llewelyn Dillwyn, a Swansea politician, industrialist and businessman who wanted the Welsh masses to be aspirational. 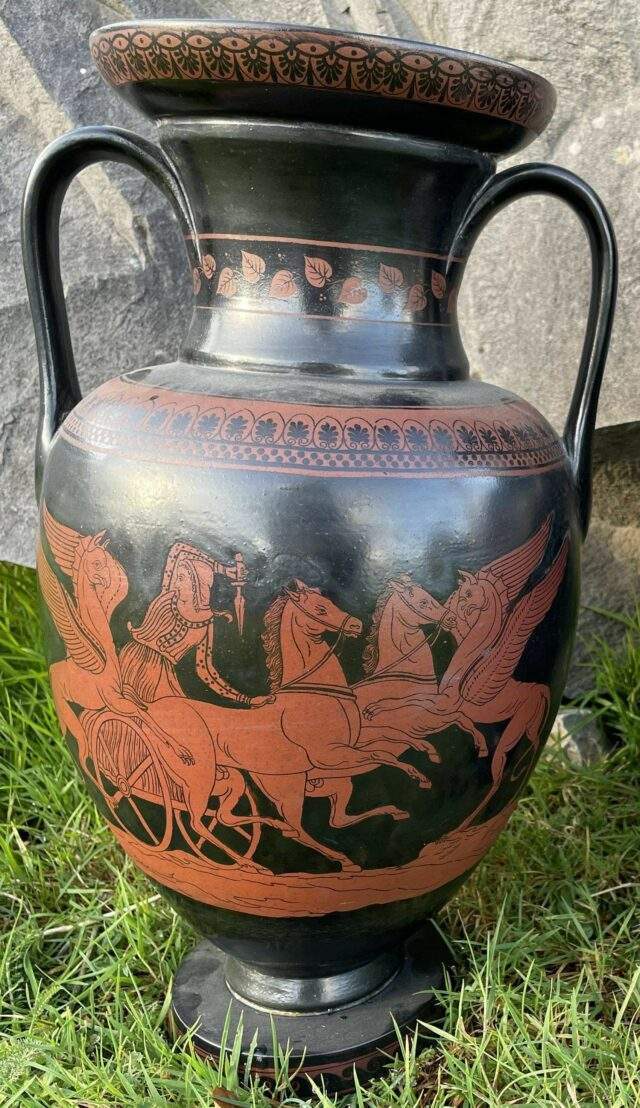 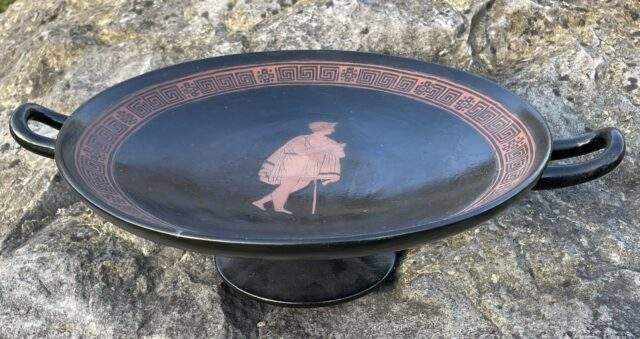 The collection of Swansea Etruscan has been entered from a deceased estate in Neath-Port Talbot. It will be offered in The Welsh Sale in March 12th. 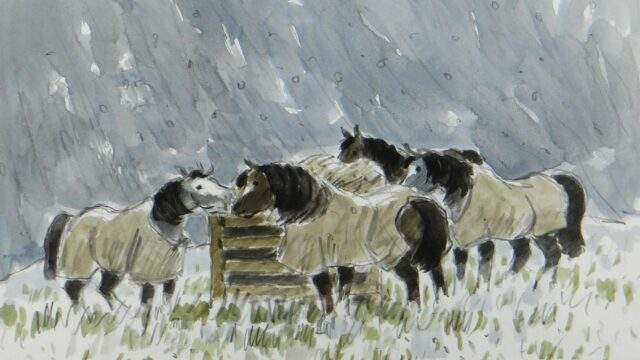 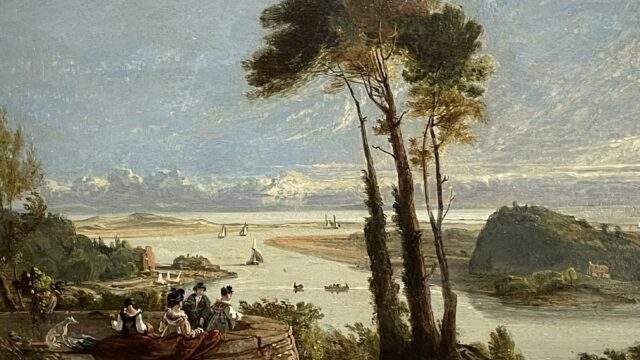