In The Welsh Sale auction on March 12th 2022, we were delighted to offer a collection of over thirty 19th and 18th Century landscape paintings relating to the Neath Valley and estuary at Swansea. The single owner collection was from a deceased estate in Neath-Port Talbot and brought together some highly regarded names in topographical painting.

The biggest shock of the day was the small painting by George Orleans De La Motte which brought about a see-saw battle between saleroom bidders and an online bidder. The hammer eventually falling at £12,000 against a lowly £200-400 estimate.

There is very little known of De La Motte other than he was the brother of William Delamotte. He worked at Sandhurst, Reading and London as a drawing master and exhibited at the Royal Academy in 1809. He published a series of prints of landscapes in the Neath Valley.

George Orleans De La Motte was predominantly known for his works on paper, and there are very few paintings of his known in oil.

The painting was small but of supreme quality and was a fine demonstration of the advantages of selling by auction - two parties desperately wanted to own the picture, regardless of the lack of track record at auction for the artist.

Fine scene of four figures and dog surveying an estuary landscape in the Grand Tour style, title on plaque to mount, 'Mouth of the Neath River from Britton Ferry, 1820' 19x 28cms 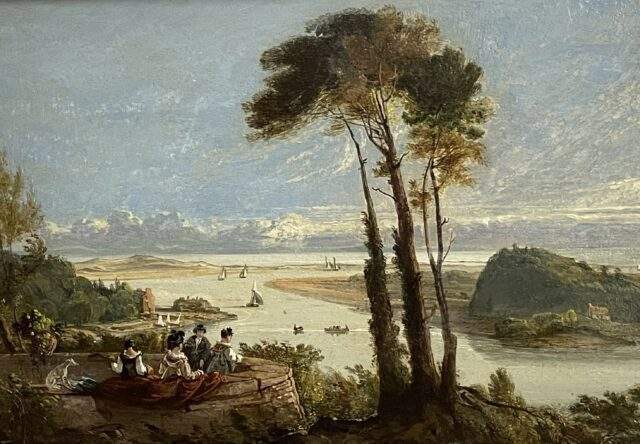 Dramatic sea rescue with life boat and distressed vessel and numerous figures on the coastline, titled to mount 'The Mumbles Lifeboat 'Martha & Anne' Going to the Rescue of the Duke of Northumberland', signed and dated 1869 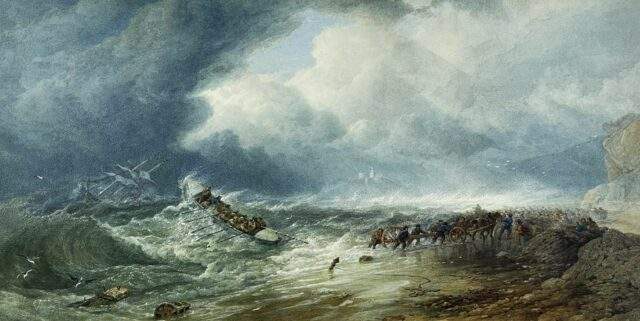 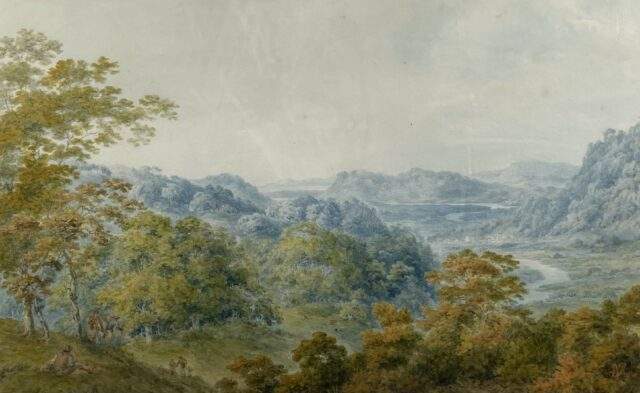 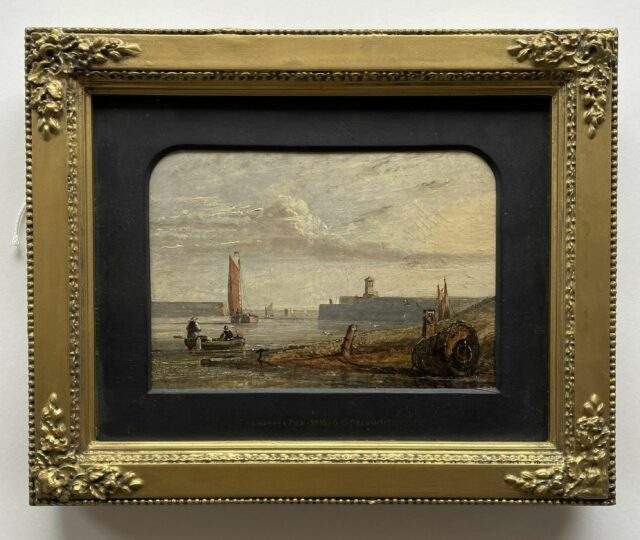 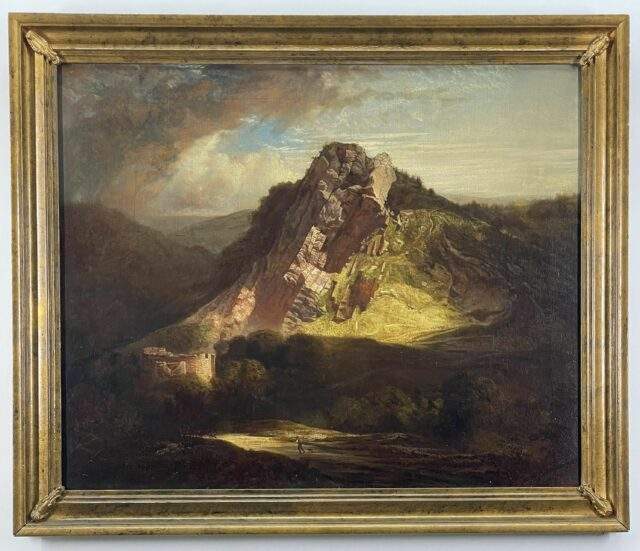 Figures including a violin player camping on a ridge above a valley, titled to mount 'Bwa Maen, Vale of Neath, 1816' 17.5x 29 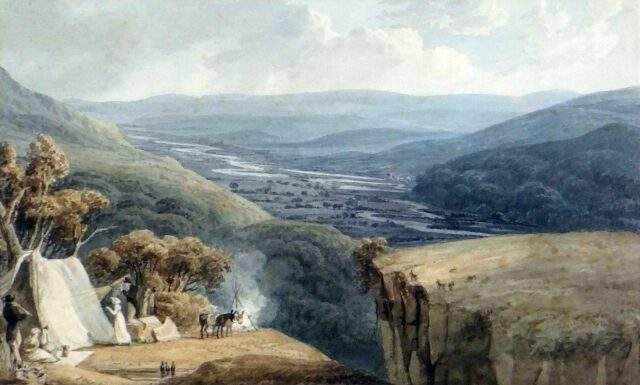 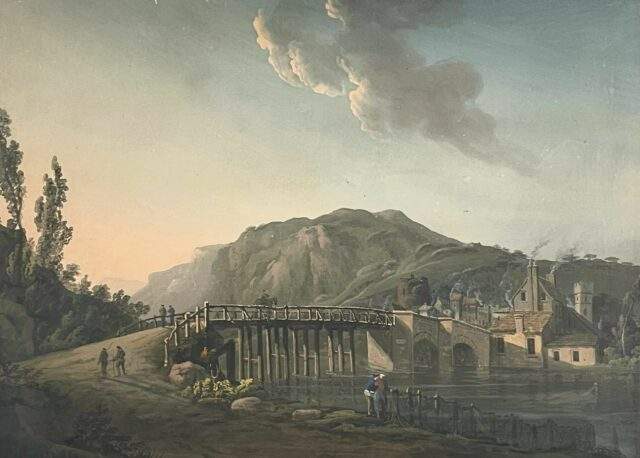 Figures on river bank, titled below 'Porth-yr-Ogof, Vale of Neath' 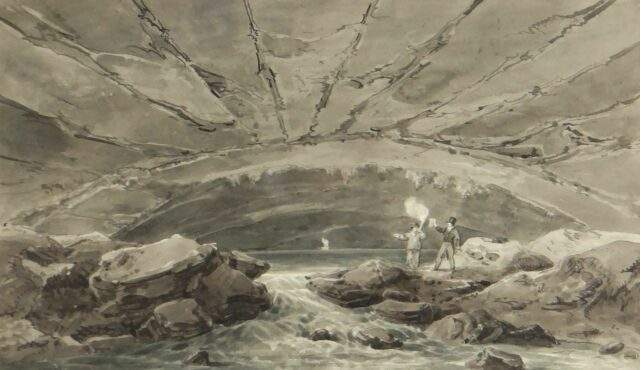 Seated family and single figure on a track overlooking an extensive river landscape, entitled verso on Peppiatt Fine Art Label 'A View of the Vale of Neath', signed and dated 1846 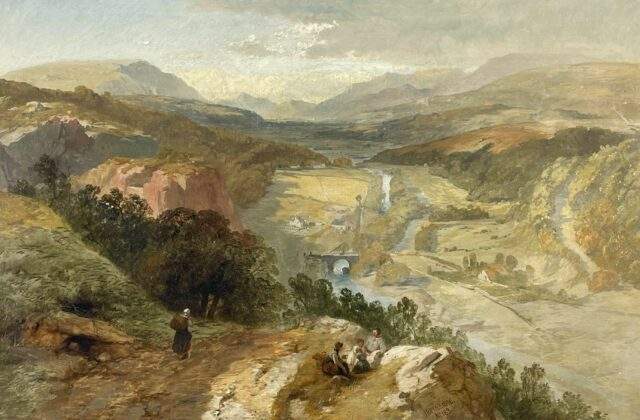 Three figures salvaging a ship's mast on a shore, the distant vessels, horses and coastline, titled on frame 'At The Mumbles', signed and dated 1889 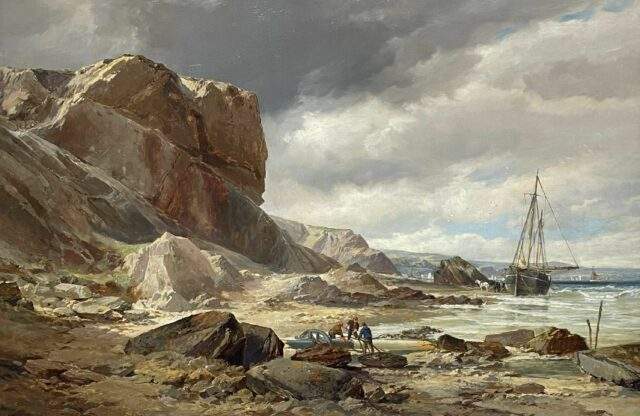 Panoramic and dramatic landscape, two figures observing, titled to frame 'Waterfall in The Vale of Neath, Glamorganshire 1892', signed and dated 1892 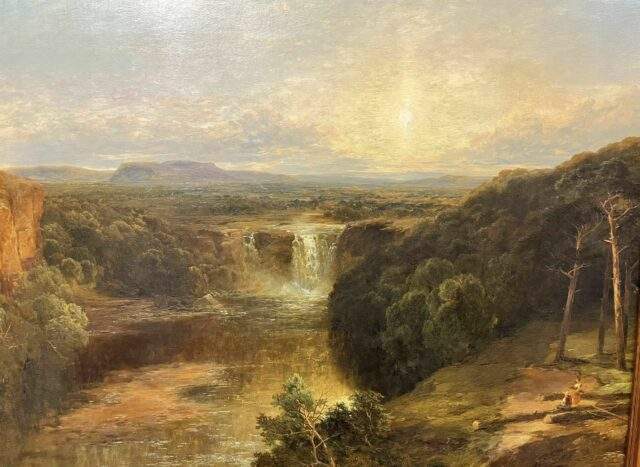 Dynamic scene of boy on horseback in a pond with Retriever chasing ducks, and another white horse with building, figure and horse beyond, titled to frame 'Aberdulais Mill, Glamorganshire', exhibited Royal Academy 1796 number no.99 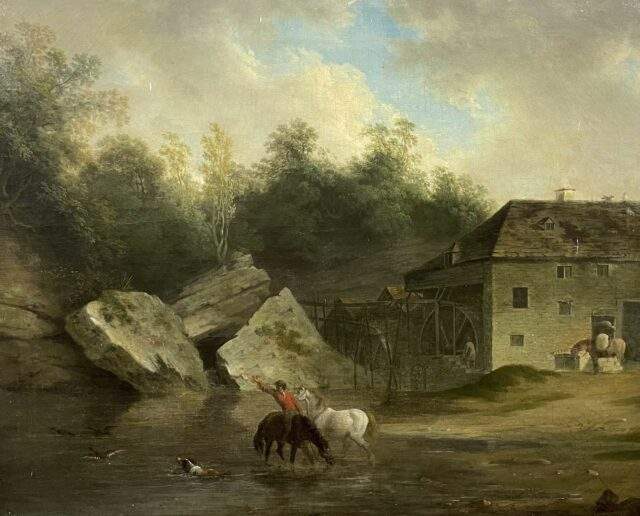 Beach landscape with figures, carts and lady in Welsh costume on horseback, titled to plaque 'Swansea Bay', signed and dated 1873 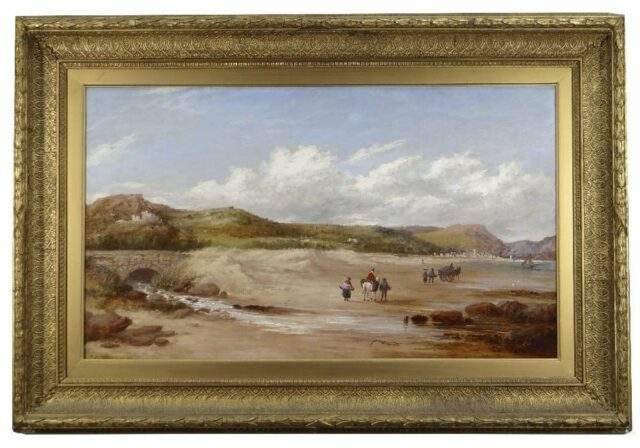 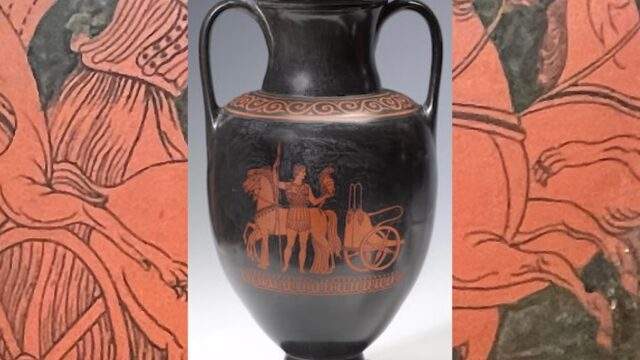 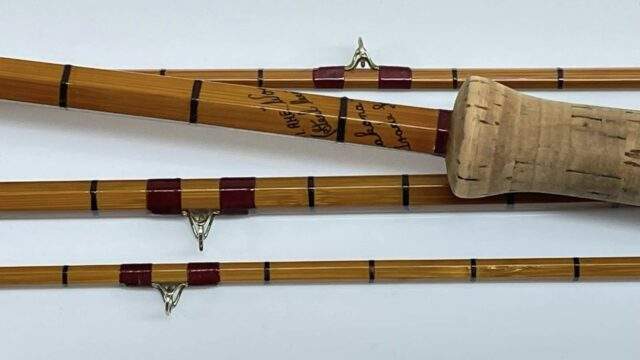