The Golden Age of comics spanned the years 1938-1956 and examples from this period are few and far between. Action Comics issue #1 was released in 1938 by DC Comics to great success and featured a certain Superman on the front cover. 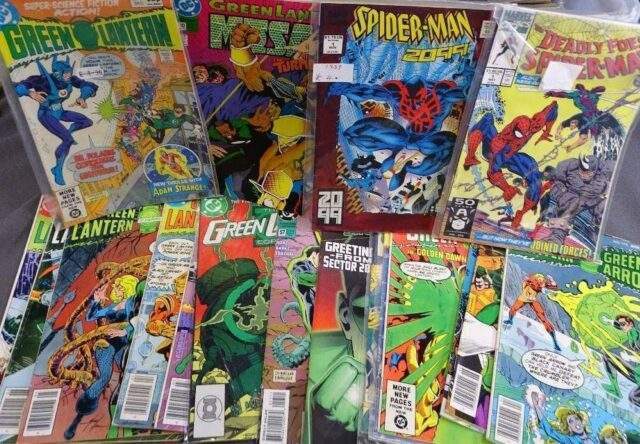 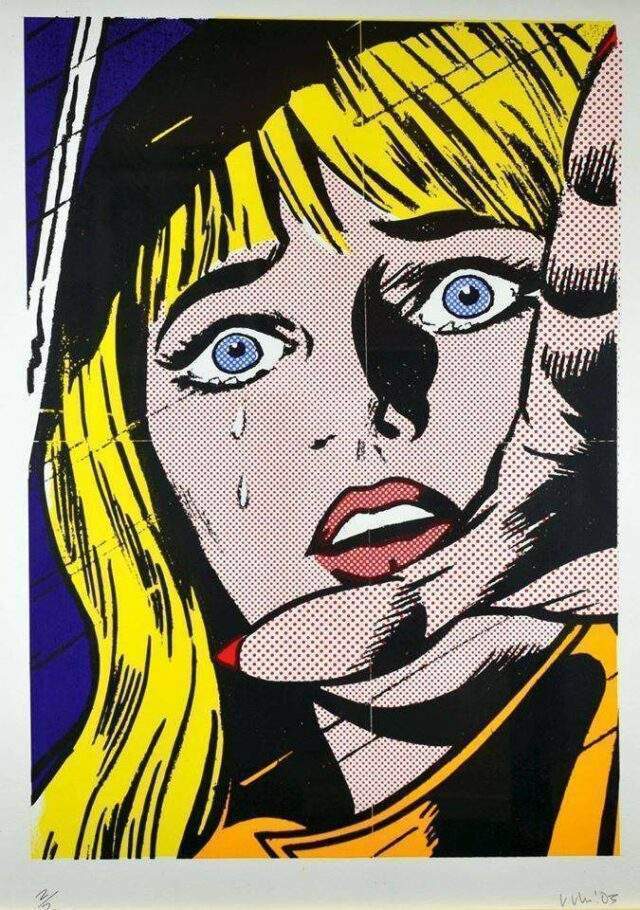 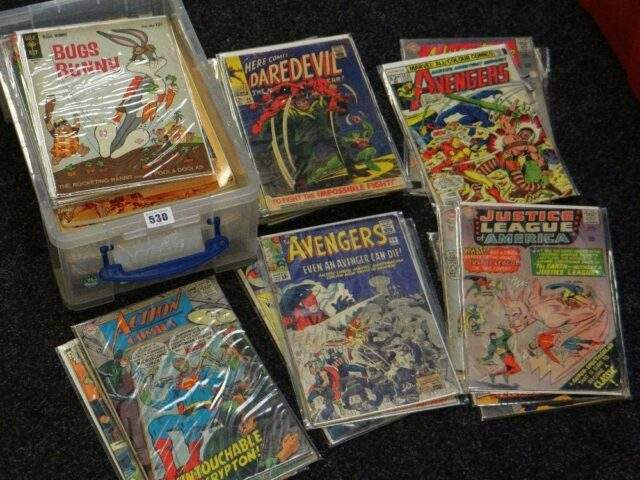 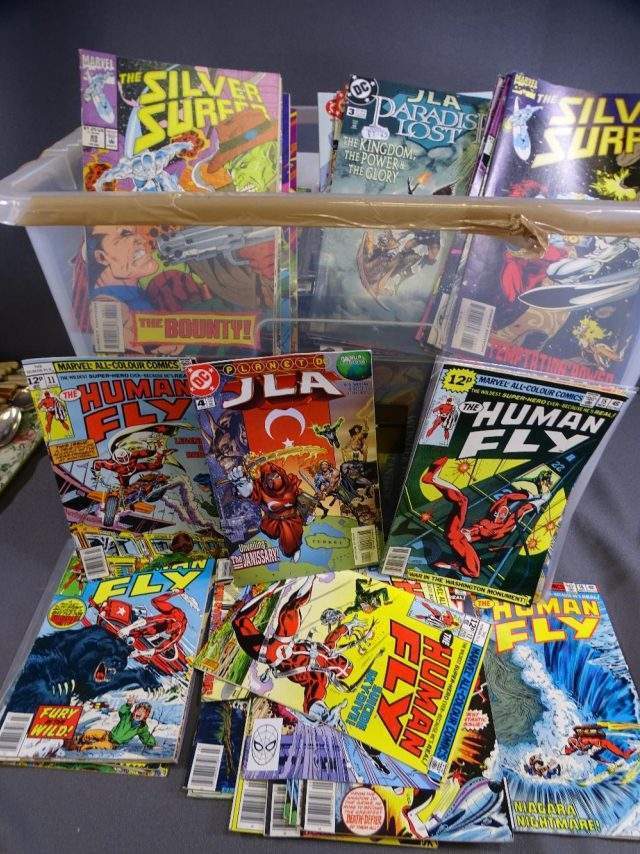 Hot on its heels, Martin Goodman founded, Timely Comics (now Marvel Comics) in 1939 with issue #1 featuring The Human Torch and Namor the Sub-Mariner. Selling close to one million copies the issue paved the way for the development of the company and ultimately the creation of many of the superheroes we know and love today. Storylines were influenced by The Great Depression and global unrest leading up to World War II. Captain America became the quintessential patriotic hero needed at that time, with issue #1 cover art depicting Adolf Hitler and fascism being squarely smashed to the floor by the marauding hero.

1956-1970 is known as ‘The Silver Age’ and saw the birth of many more household heroes. It was also a time of change within comics and saw a new style of storytelling introduced to appeal to an older audience. A blend of fantastical action and drama was captured in many of the now iconic cover artworks further cementing the reputation of Marvel. The outstanding artistic talent showcased by the likes of Steve Ditko, Jack Kirby and John Romita Sr. was essential in grabbing the attention of the reader and never letting them go. Unlike a novel or piece of art the collaboration between writer and artist within a comic is a wonderful thing to behold. Spiderman for example was written by Stan Lee but brought to life as the web-slinging hero we know today by artists Steve Ditko and Jack Kirby. The Silver Age saw the birth of Spider-Man, The Hulk, Iron Man, the X-Men and the legendary Marvel team up – The Avengers.

The Bronze Age (1970-1986) saw further change within the industry with an emphasis on adult themes, such as drug addiction being explored, tying in with the return to popularity of horror comics.
The hobby of comic collecting also took off during this period whilst also signalling the introduction of the first Marvel graphic novel – The Death of Captain Marvel.

The Modern Age (1986-Present) has seen the rise of a whole new generation of writers and artists and has seen the development of the much loved X-Men, Hulk and Captain America to name a few.

With the boom in superhero adaptations to the big screen over the last twenty years, the popularity of these caped crusaders has never been greater. With some forgotten heroes potentially getting their chance on the silver screen, the savvy may find an opportunity to invest before demand grows for more underground heroes.

When thinking about values there are certain factors to consider but primarily condition and rarity of the issue. Like all antiques and collectables the condition is paramount. The Amazing Spider-Man #1 in mint condition has sold at auction for in excess of £200,000. Most copies that come to auction however, will sell in the region of £1000-4000 based on the used condition. Equally the rarity of issue is important. Spider-man’s first ever appearance was actually in Amazing Fantasy #15 and this copy in near mint condition makes even higher prices as it signals the first ever glimpse of 'Spidey'. The current highest price for a comic is $3.2 million for 1938’s Action Comics #1. Not a bad return on the original 10 cents paid!

Below is some recent comic and comic art sold at our salerooms in the recent auctions with prices noted.

Your comic collection or individual comics can be valued free of charge without obligation. Please contact 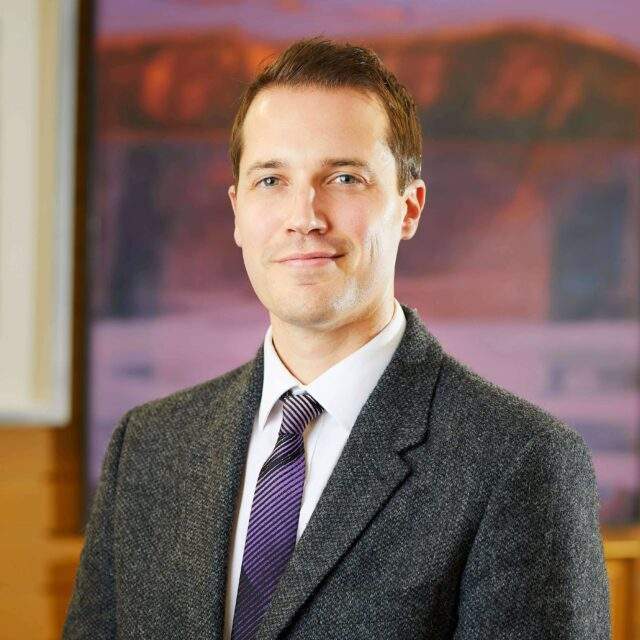 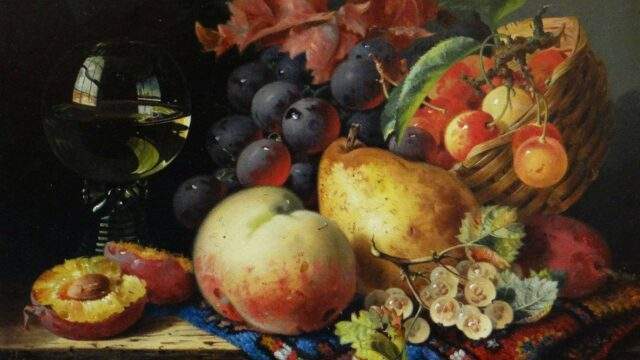