The importance of the South Wales Pottery factory in LLanelly cannot be understated in the history of Welsh ceramics. Beginning production in 1839, and closing in 1922, Llanelly outlasted all other Welsh ceramic companies. At its height, the company employed several hundred people in the West Wales town.

When we talk about Llanelly there are three names that are essential to the story; the founder William Chambers and two decorators Samuel Shufflebotham and Sarah Roberts.

One of the most iconic images in Welsh fine art is the striking Llanelly ‘cockerel plate’. The primitive single blue cockerel surrounded by a continuous sponged floral border.

When we see a collection of cockerel plates grouped together, particularly on a Welsh dresser, the effect is stunning. Combine these cockerel plates with other painted Llanelly plates of fruit and other scenes, then perhaps hang a few related transfer jugs to the dresser hooks, and we are quickly convinced as to why collecting Llanelly pottery is so popular. A good collection is quintessentially Welsh, charming, fun and historically interesting.

It is widely thought that most, if not all, of these cockerel plates where from the hand of Sarah Jane Roberts, affectionately known as ‘Aunt Sal’.

Aunt Sal worked at the Llanelly potteries for 40 years and she had ceramics in the blood. She was the daughter of a kiln-worker and three of her sisters, Annie, Margaret and Elizabeth were also employed as pottery decorators at the site. Sal’s grandfather William Roberts who died in 1845, was one of the many potters from Staffordshire who moved to Llanelly, when William Chambers opened the South Wales Pottery business in 1839.

In 1827, William Chambers’ family took residency in Llanelly House or ‘The Great House’ when they inherited the property from Sir John Stepney. From the outset, William Chambers’ venture at Llanelly pottery produced earthenware as every bit as good in quality of that of any of the larger Staffordshire outputs. The mainstay of the production was transfer items – items decorated by a transferral of scenes and patterns from engraved copper plates on to the unglazed pottery by means of tissue paper. As production continued later in the nineteenth century, the pottery began to embrace hand-decorated wares.

Samuel Walter Shufflebotham is the other well-known decorator at Llanelly. He was employed at the pottery from 1908-1915. Shufflebotham’s subject matters were much more varied compared to Aunt Sal. Shufflebotham worked at Bristol and Torquay potteries but it is his Llanelly decoration that collectors look for. For years now the most desirable of all Welsh pottery has been by Samuel Shufflebotham, with signed pieces, which are rare as were reserved for his family member’s, commanding huge sums.

Below are some examples of Llanelly pottery that we have sold in our Welsh Sale auctions that we hold three times per year. Note the prices for rare examples and Shufflebotham signed pieces. We can also see the range of prices in cockerel plates and bowls, often depending on how Aunt Sal’s decoration turned out. We can see that the decoration to each cockerel plate varies with smudges and mis-centred decoration adding to the primitive appeal and character. 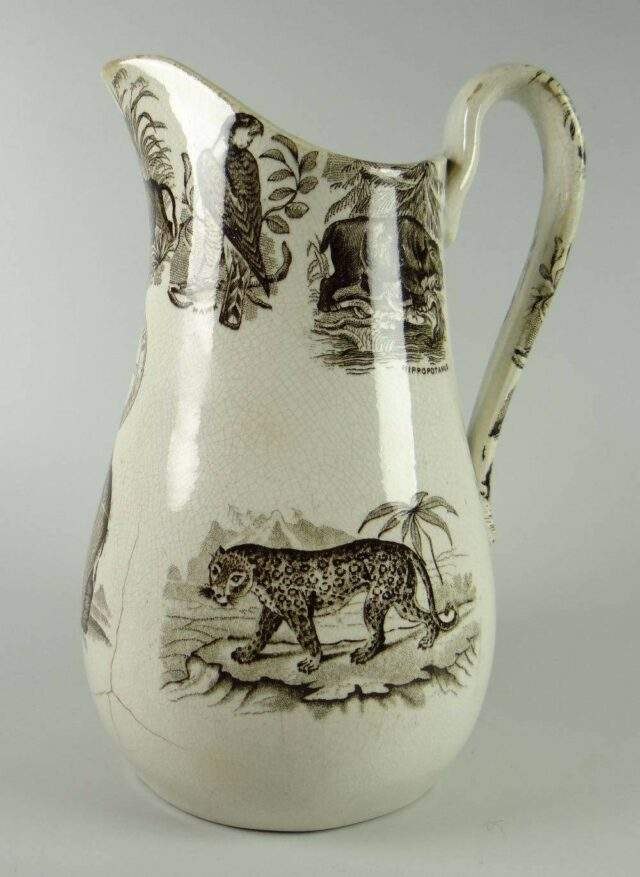 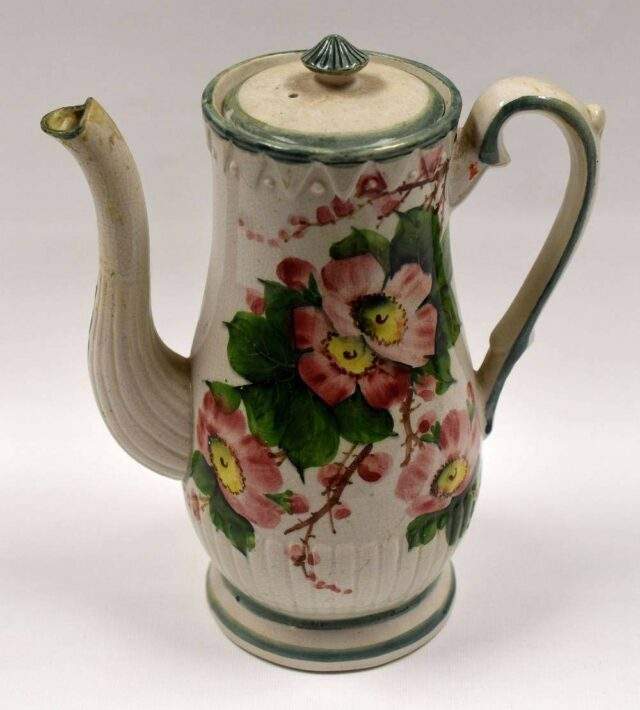 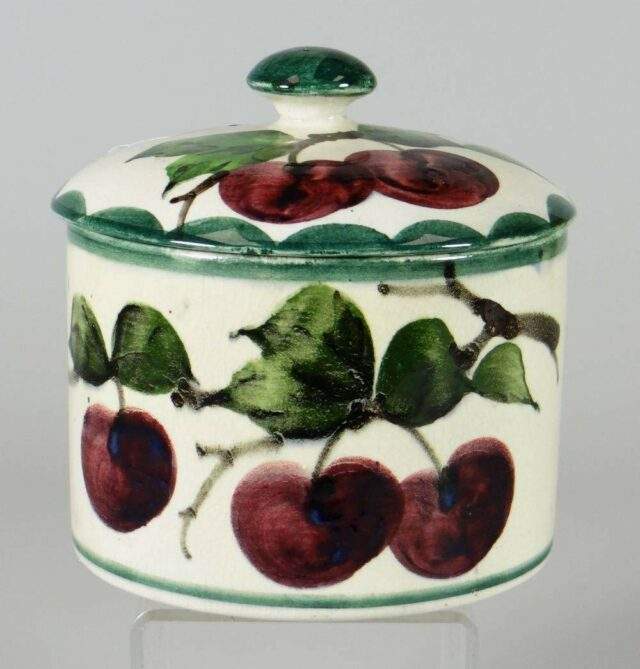 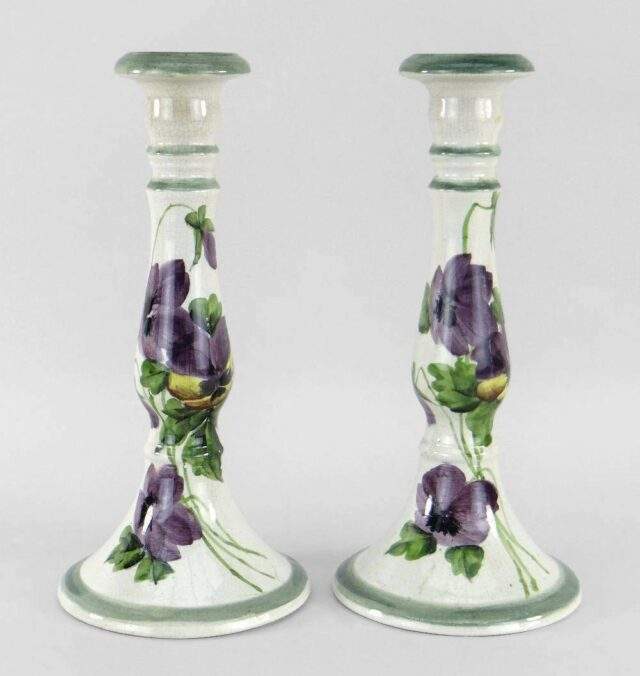 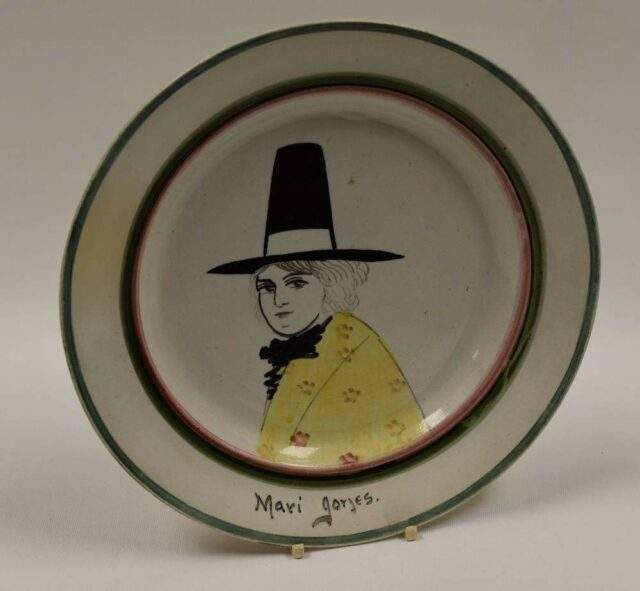 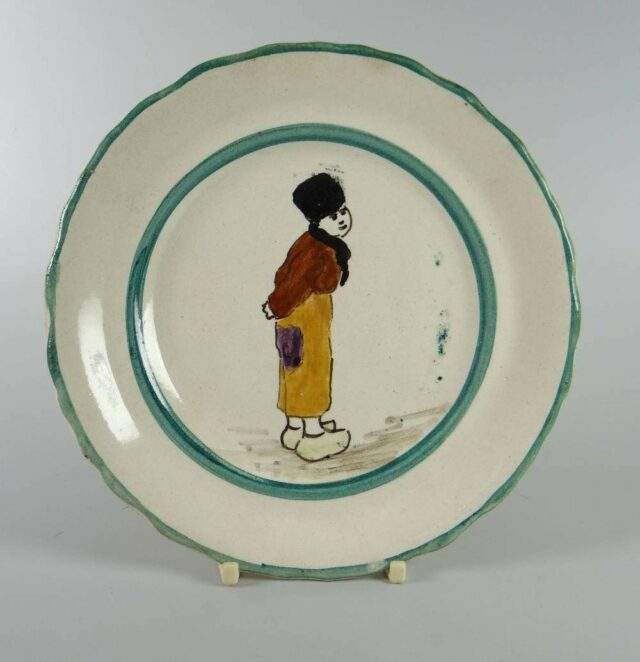 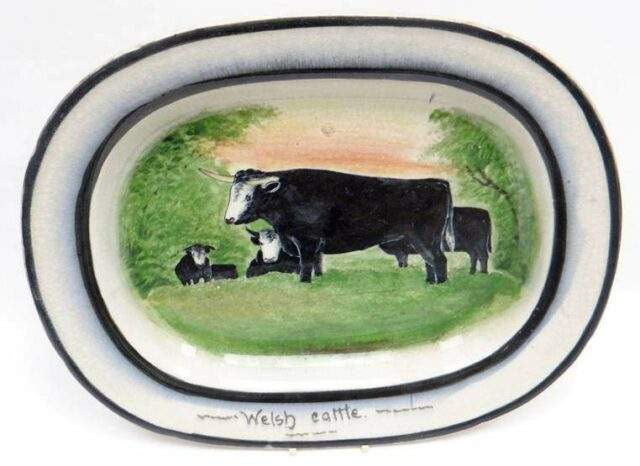 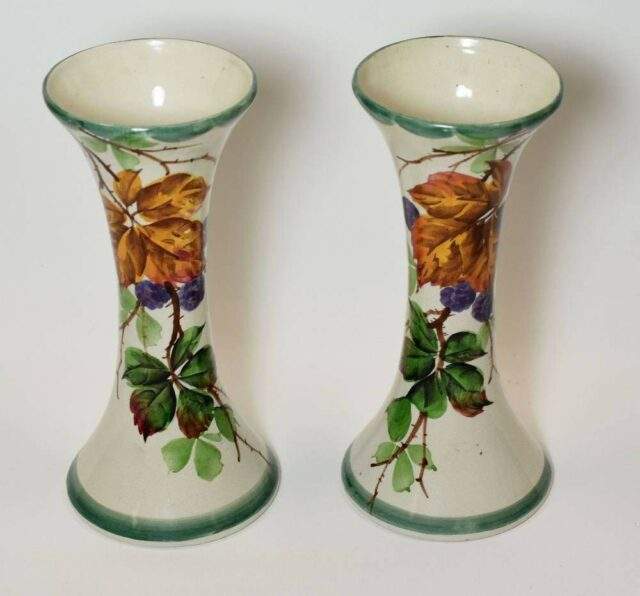 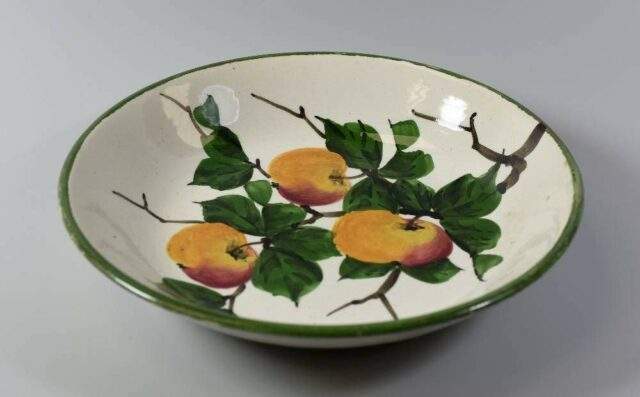 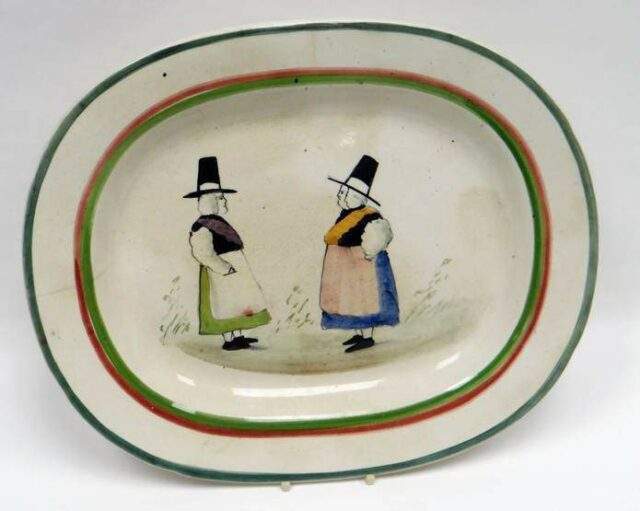 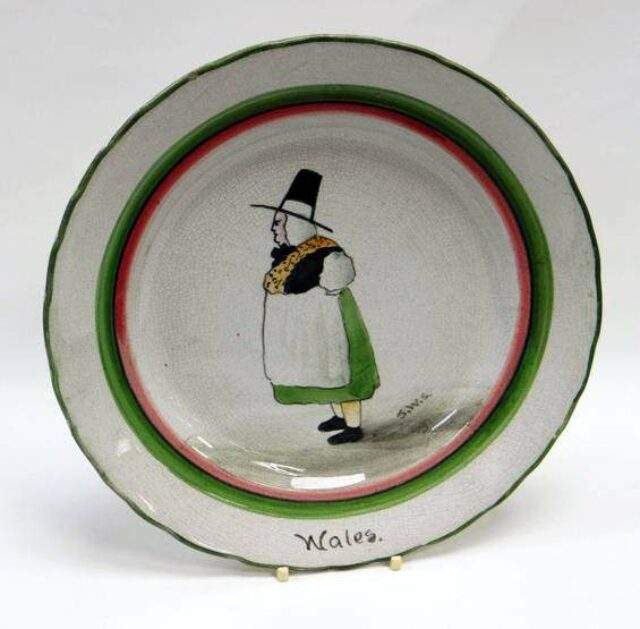 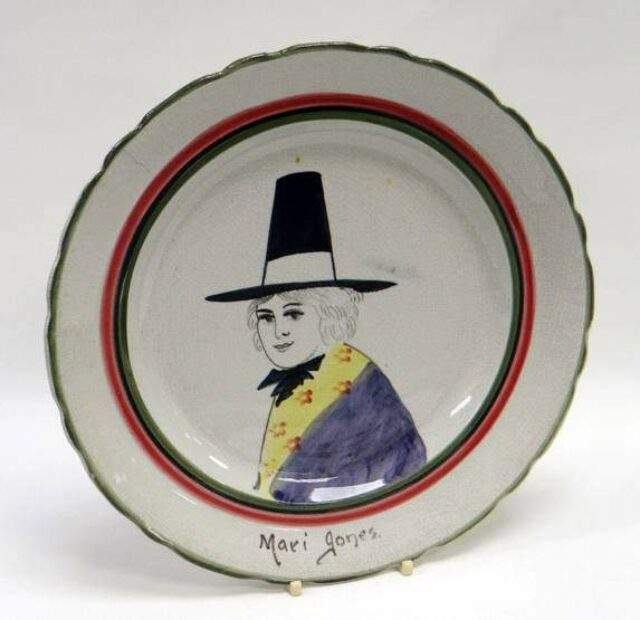 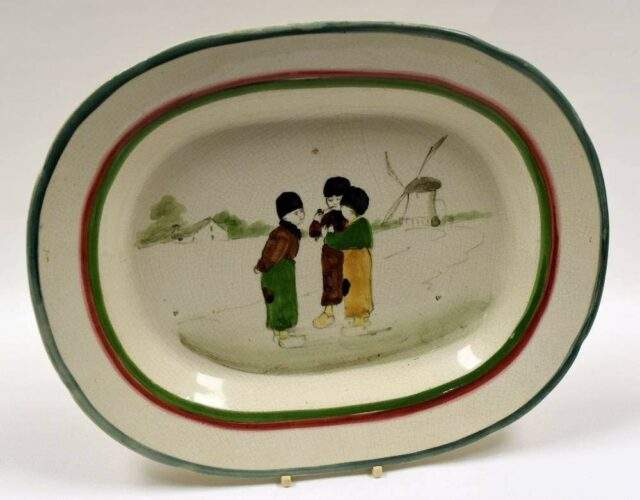 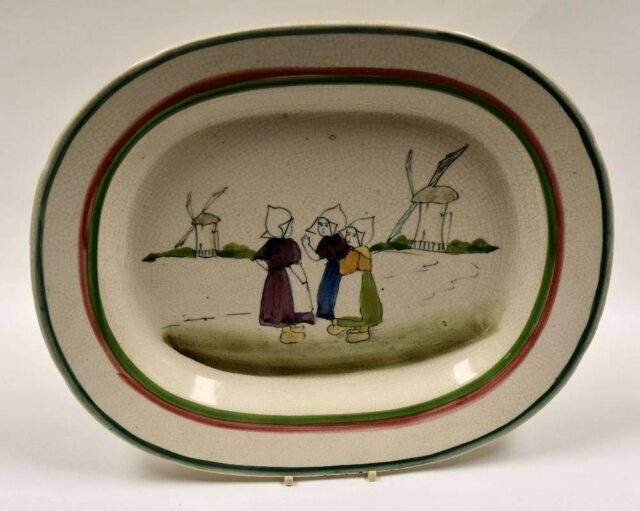 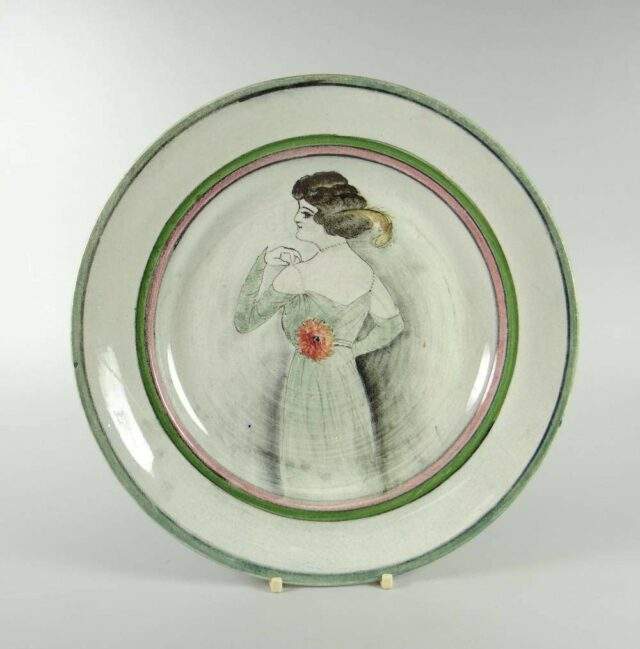 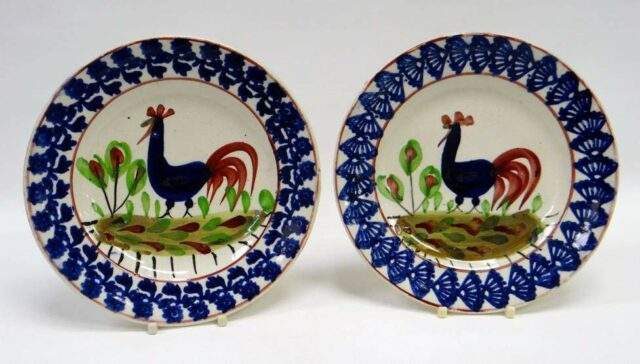 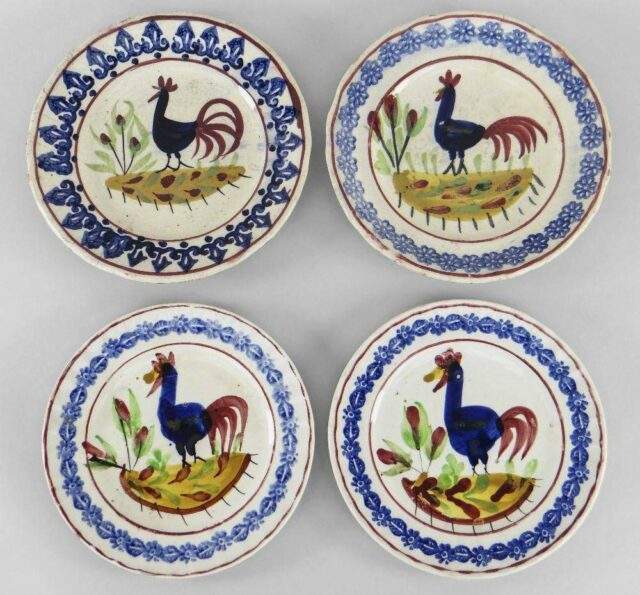 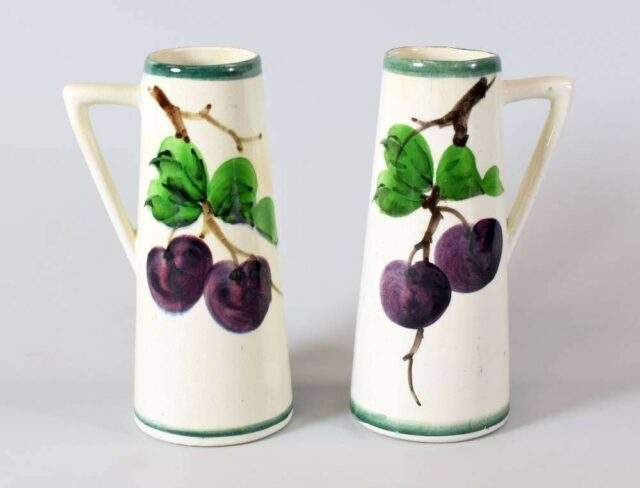 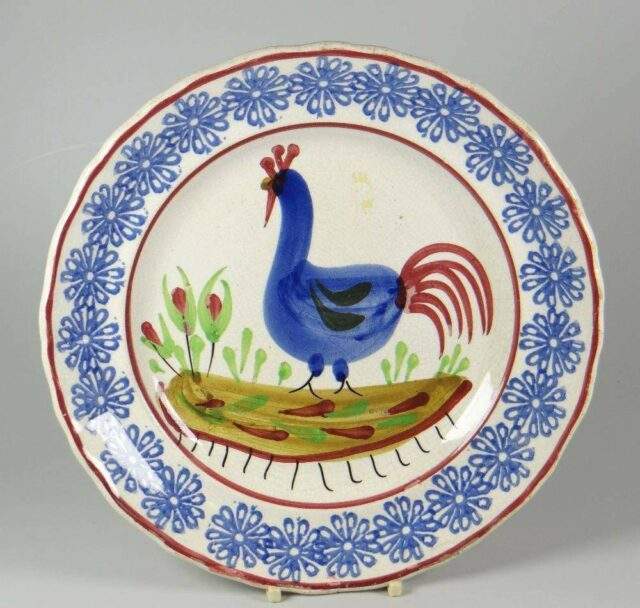 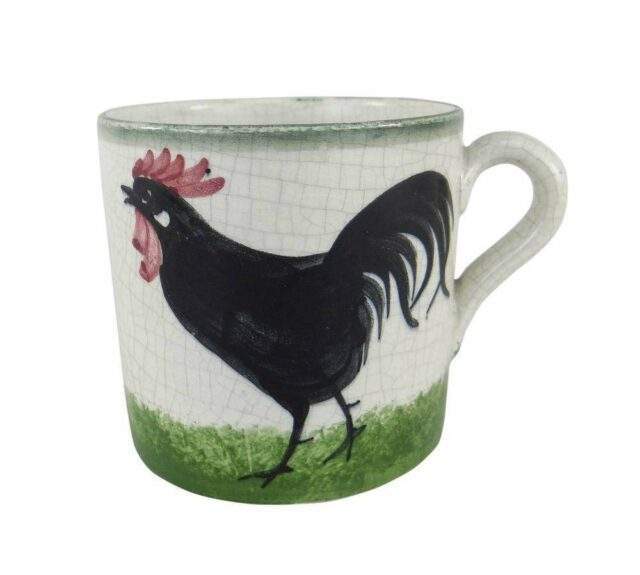 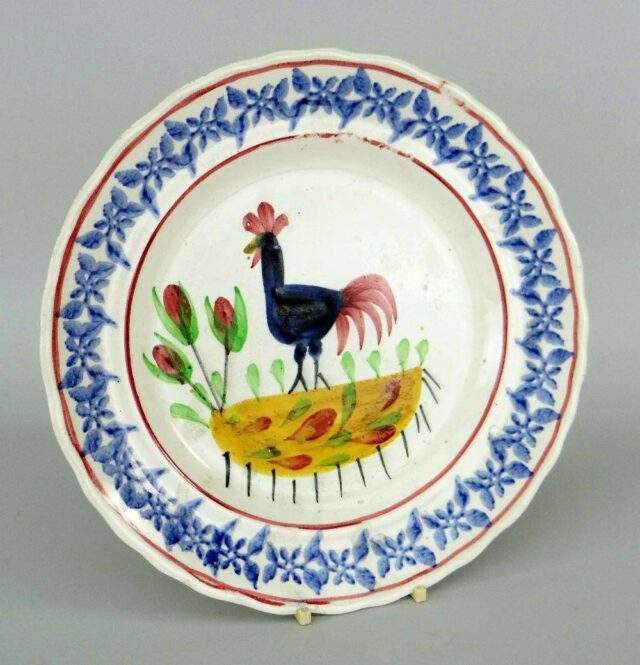 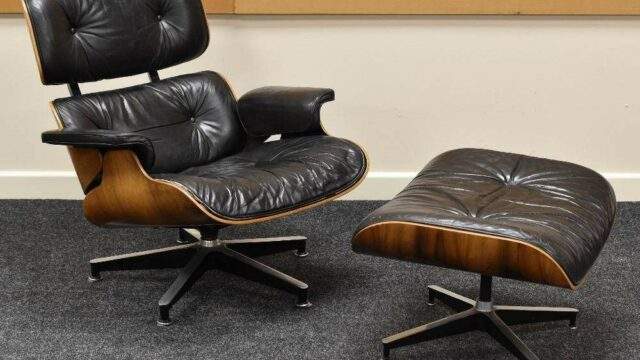 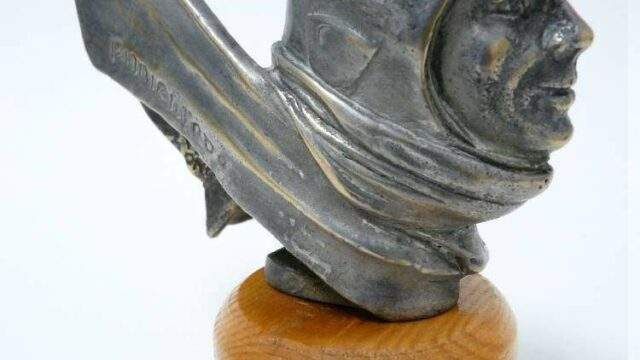