In these strange times of racial tensions, extremism, populism and the worries we all share about the health of our planet – environmentally and geo-politically. Now more than ever, we need artists who keep believing that the world can change for the better.

With the art of Paul Peter Piech one can rely on a positive message. His life-story is fabulous, and his work radiates positivity, conveying messages of love and global cooperation, world peace, and equality.

Piech was born in Brooklyn, New York in 1920, the son of Ukrainian immigrants looking for a new way of life in America. Piech studied at the Cooper Union College of Art, New York and then in 1937, he went to work in advertising. During the Second World War, he was posted to Cardiff with the Army Air Force. As part of his duties, he was called upon to paint images of those ‘pin-up girls’ on the noses of US aircraft.

In Wales, he met nurse, Irene Tomkins in a Cardiff pub, and they were married in 1947 and decided to stay in Britain.

He continued his training at Chelsea College of Art under Swansea born Ceri Richards and then like Welsh artist George Chapman, Piech worked for W.S. Crawfords Advertising.

It may seem, in retrospect, to be the odd choice of profession for both Chapman and Piech – Chapman was a committed socialist, while Piech was a committed political campaigner. But even in advertising Piech’s ethics were not forgotten. In an advert for baby weighing scales, for W & T Avery Ltd the scales manufacturer, Piech used an image of different coloured stylised babies. It spoke loudly and clearly of his belief in social equality a long time before this was considered the norm.

But perhaps, for both Piech and Chapman the advertising world was a means to an end. In Piech’s case, while working in advertising, he was able to set up his own printing press called Taurus Press and he began to produce stunning prints.

Piech used the words of great political leaders and influencers of change, such as John F. Kennedy, Desmond Tutu, Nelson Mandela and Martin Luther King, always against powerful slick imagery. In 1979, the American Embassy protested at Piech's use of the United States Stars & Stripes flag which he had turned sideways to illustrate it as prison bars, above the caption "My country 'tis of thee, sweet land of liberty". Conversely, he also produced a poster of Richard Nixon with the word "Dick-tator" inscribed above his head - and this was purchased by the Library of Congress!

Piech’s global themes included American politics, the civil rights movement, Apartheid and world peace. He also created work based on the plight of the Welsh people – the closure of the collieries, the defence of the Welsh language and the history of English colonialism and the relationship between England and Wales. His political work often has a brutal punch, he also touched on other interests of his such as literature, Welsh poetry and jazz.

His work is dazzling, innovative and bold with the use of bright colours in a style quite unlike any other artist. Many of Piech's works are in the Regional Print Centre at Cambria College in Wrexham, the V&A also holds over 2,000 examples of his work and published a fascinating monograph on the artist. 2016 saw a major retrospective open at the People's History Museum in Manchester which brought together over 90 works.

Below is a selection of recent prints that we have sold by Paul Peter Piech with prices noted. If you have works by Piech and would like an opinion and valuation, please contact: 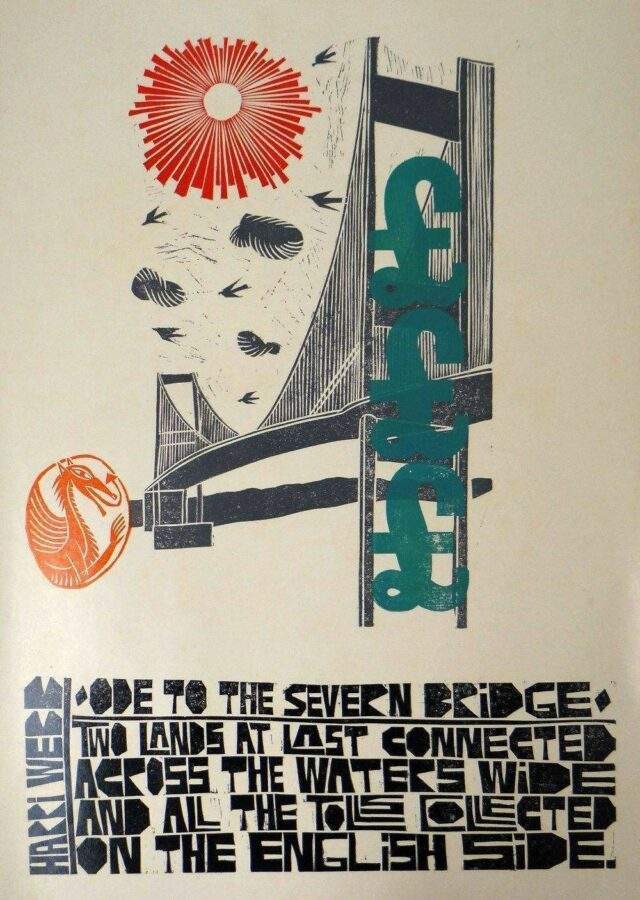 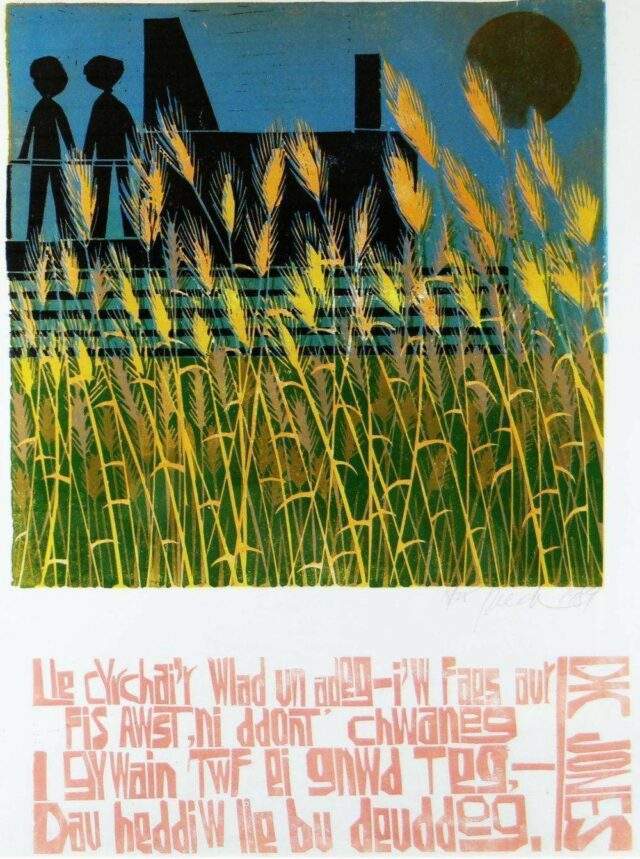 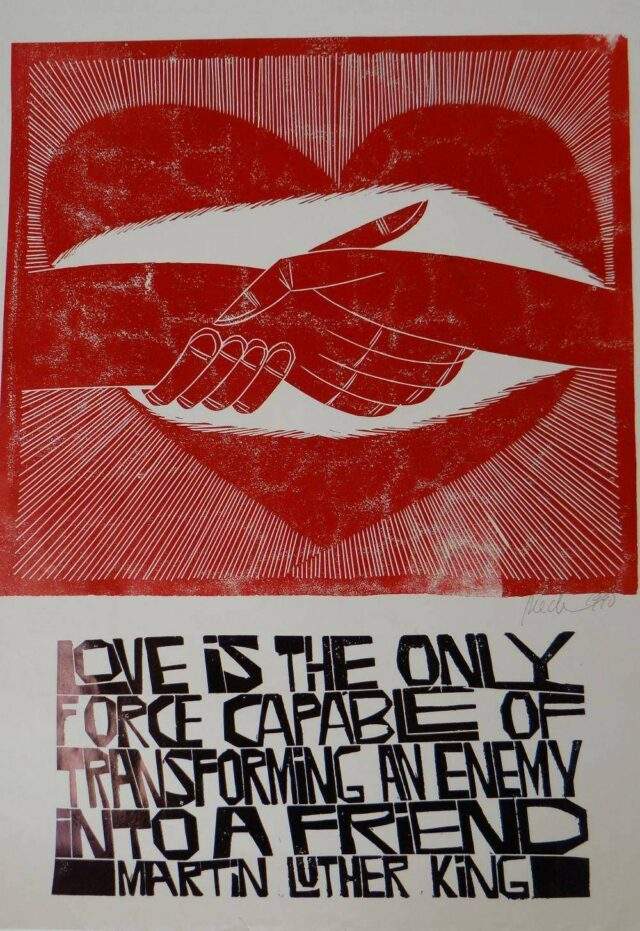 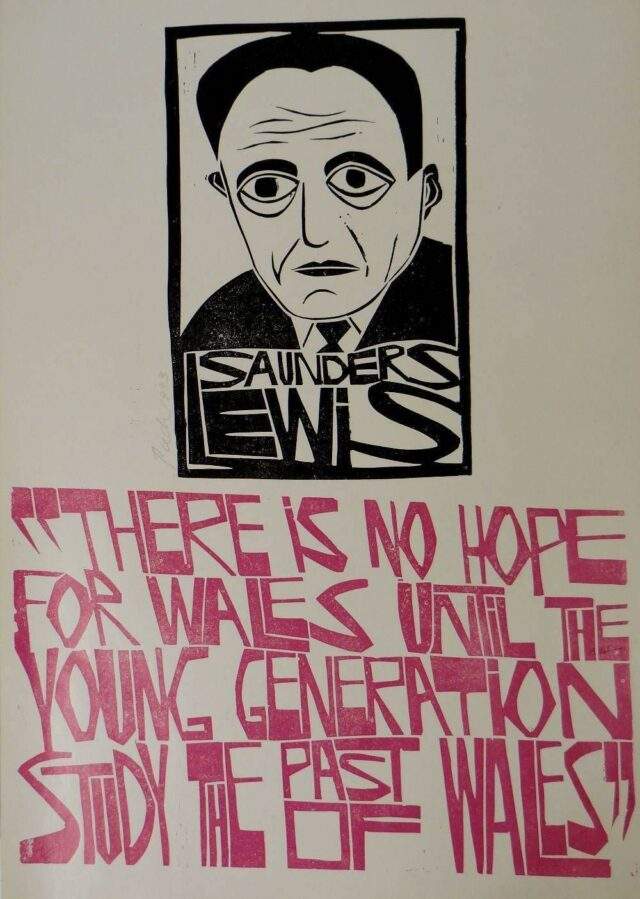 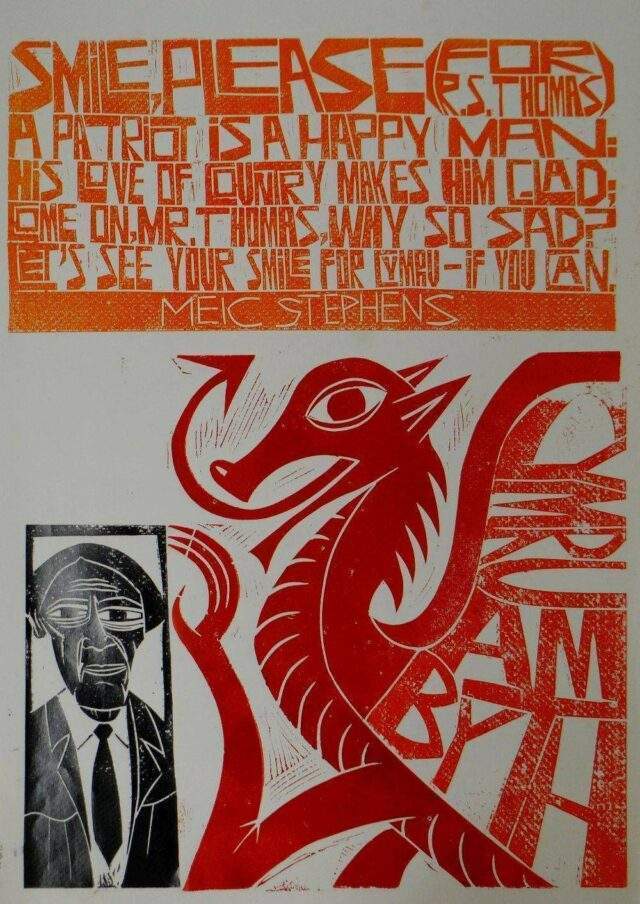 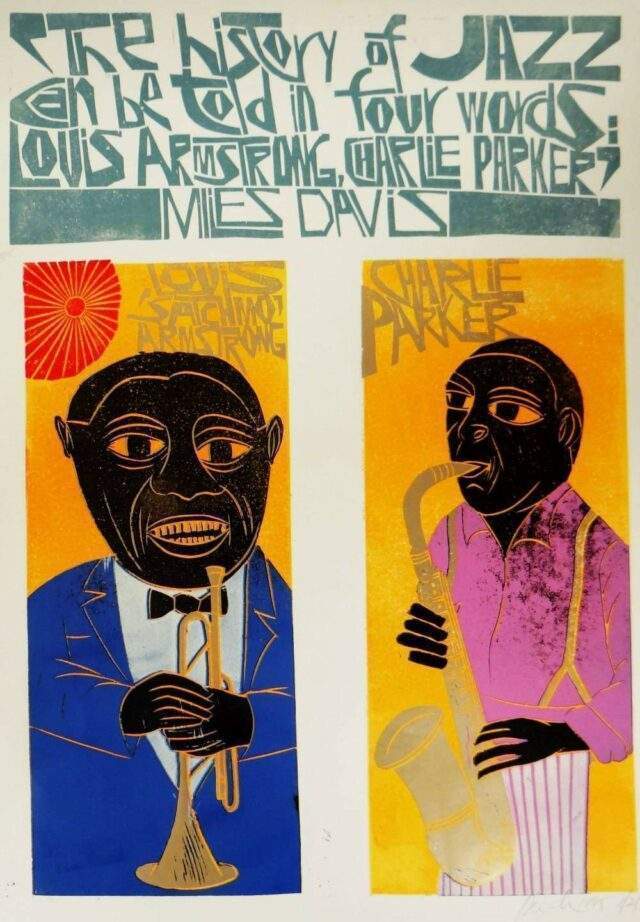 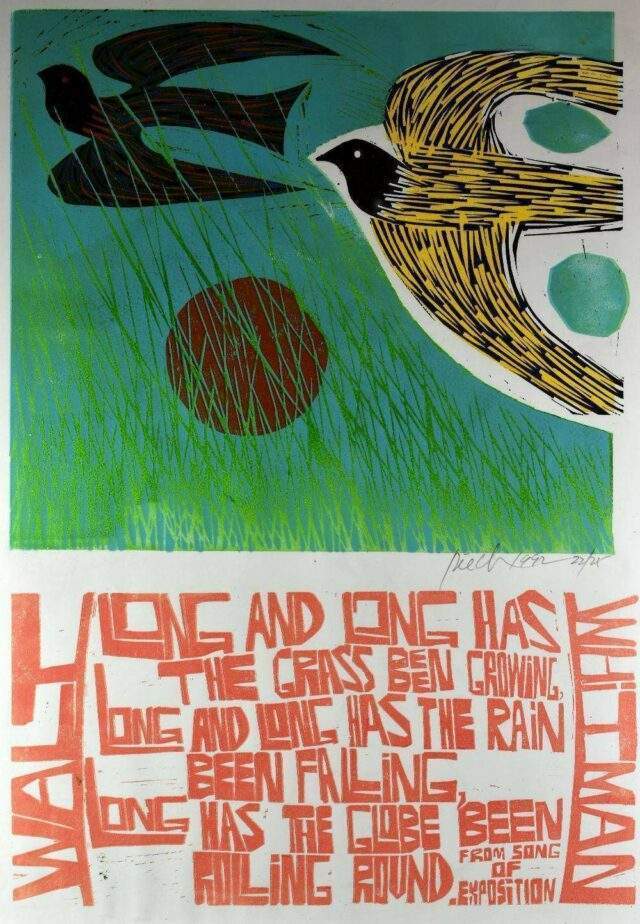 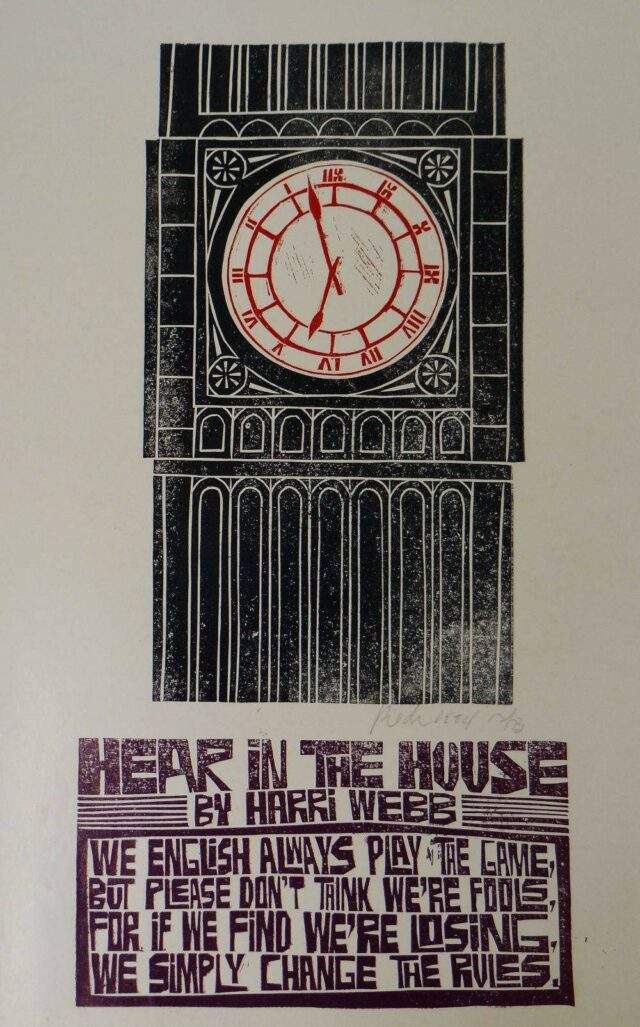 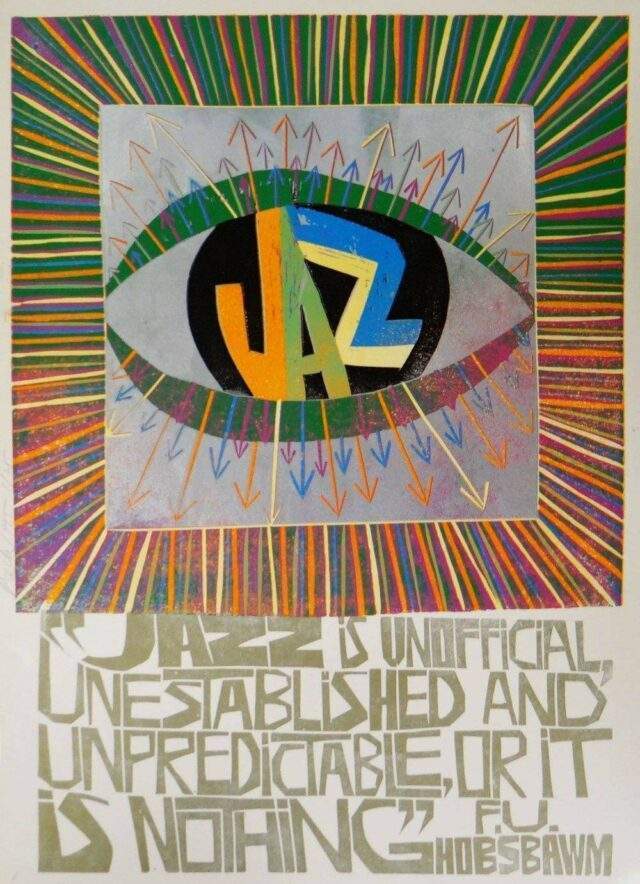 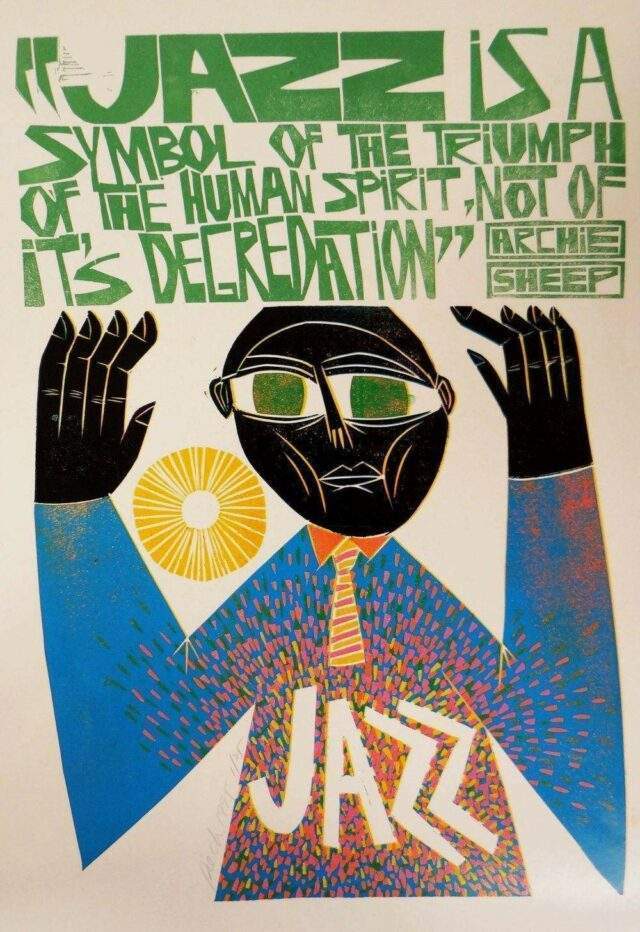 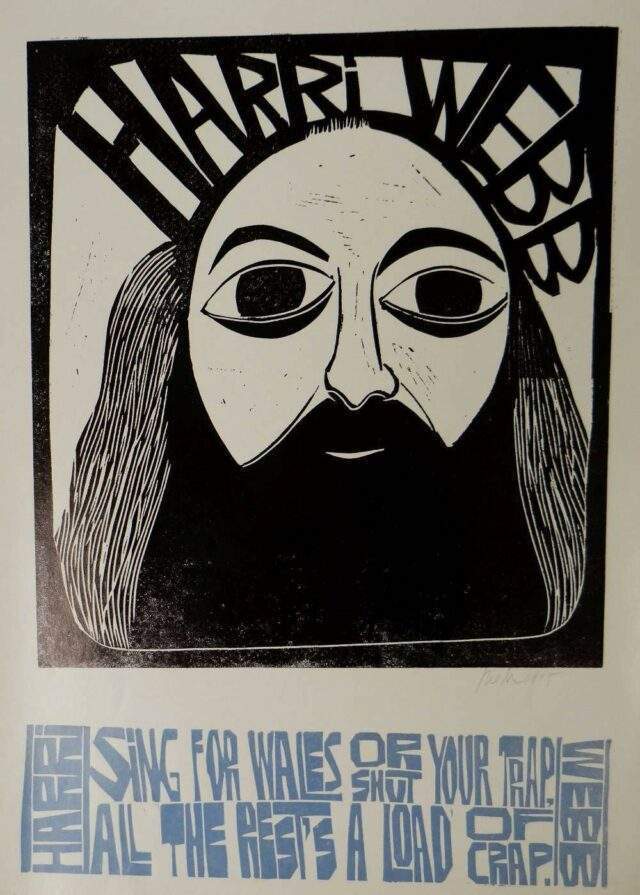 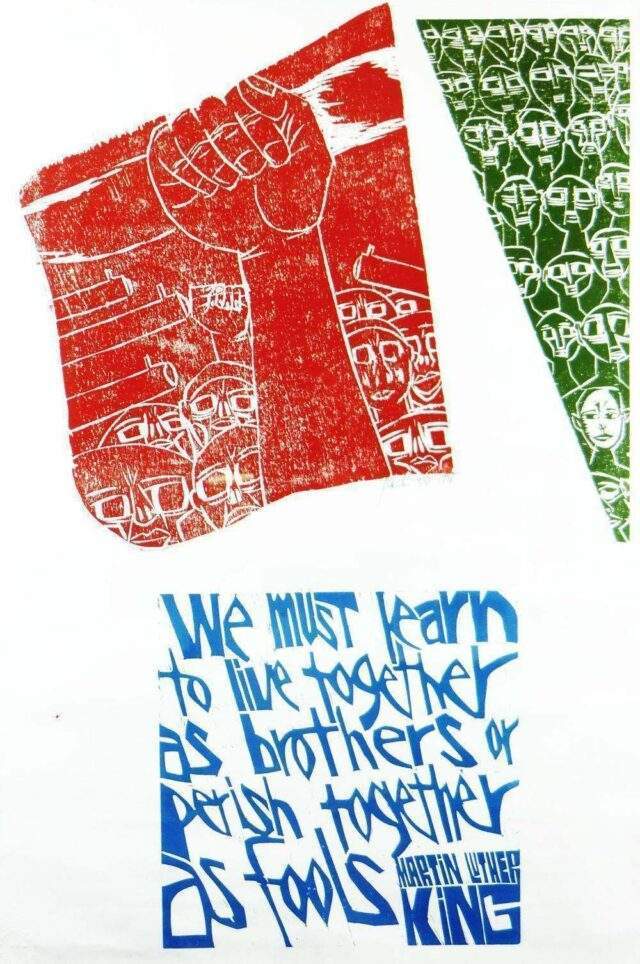 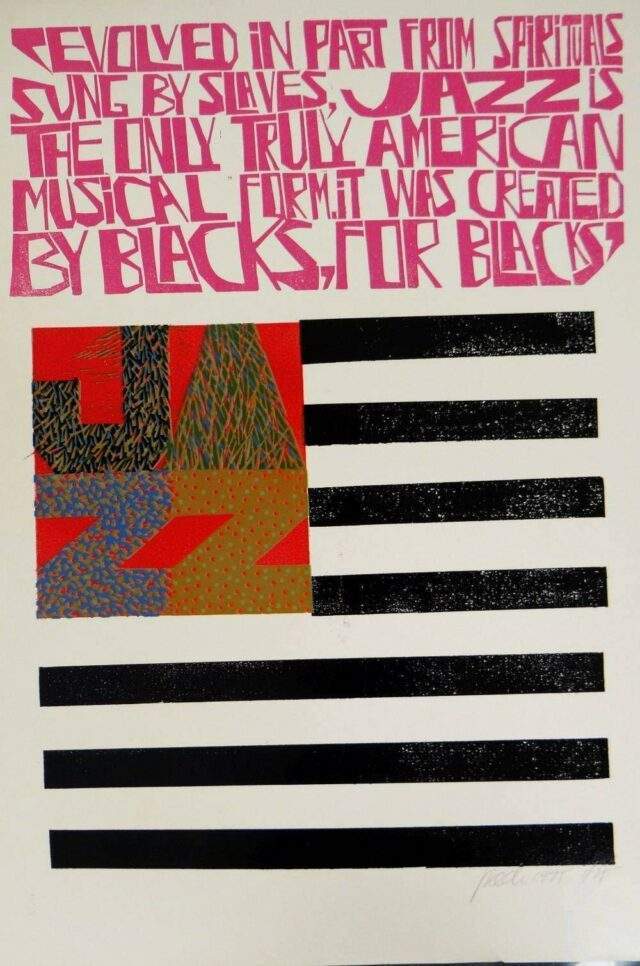 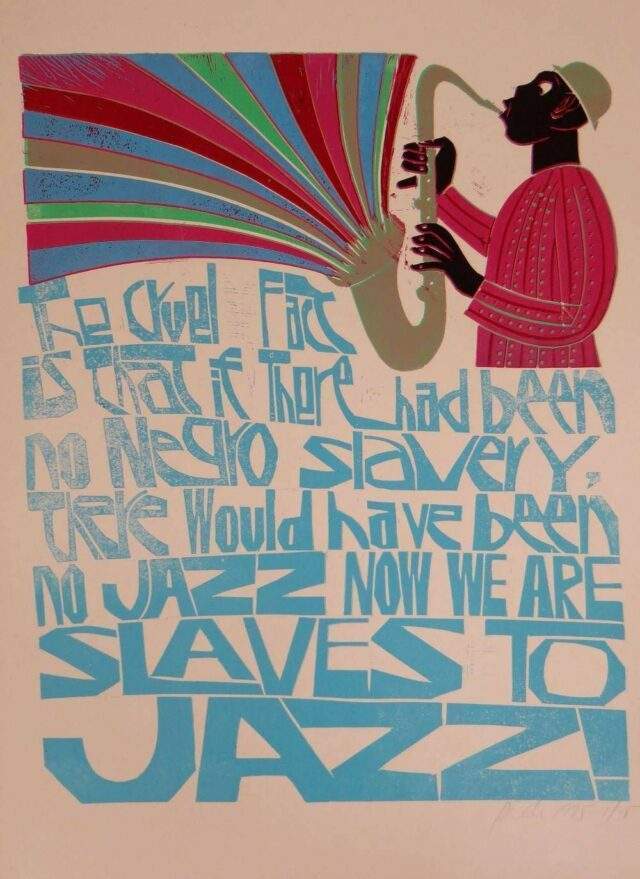 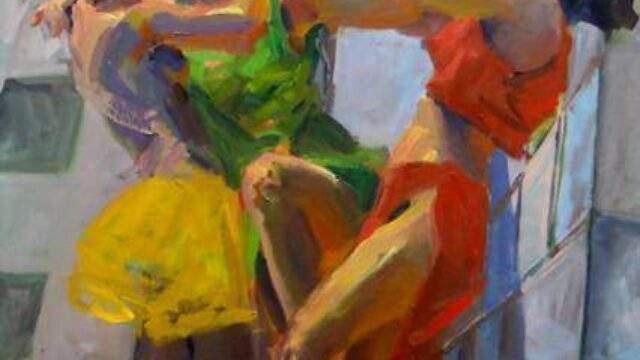