The process of enamelling jewellery and possessions has been around for centuries in different cultures. Celtic warriors were known for the enamel decoration of weaponry, while cloisonné and champlevé techniques were practiced throughout the Byzantine Empire. Most pieces that come to us for auction will date from the Art Nouveau period (1890-1910) through to mid-century and modern. The combination of precious metal and the fine skill of enamelling often in elaborate and naturalistic designs is a recipe, quite rightly, for high demand and prices. 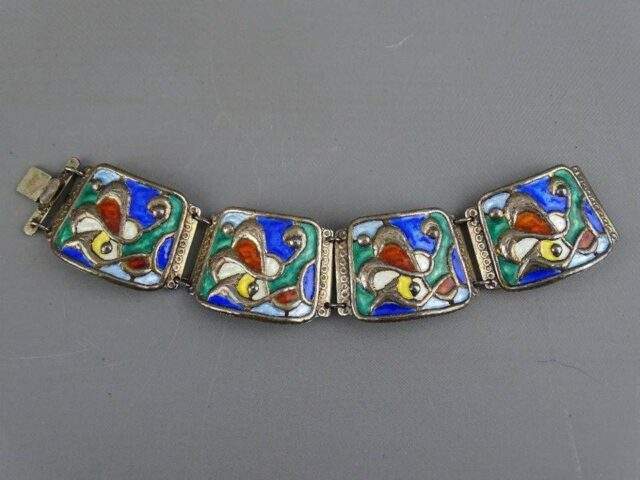 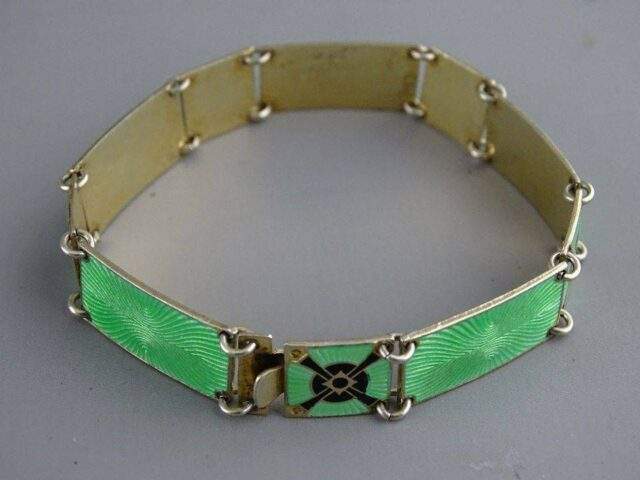 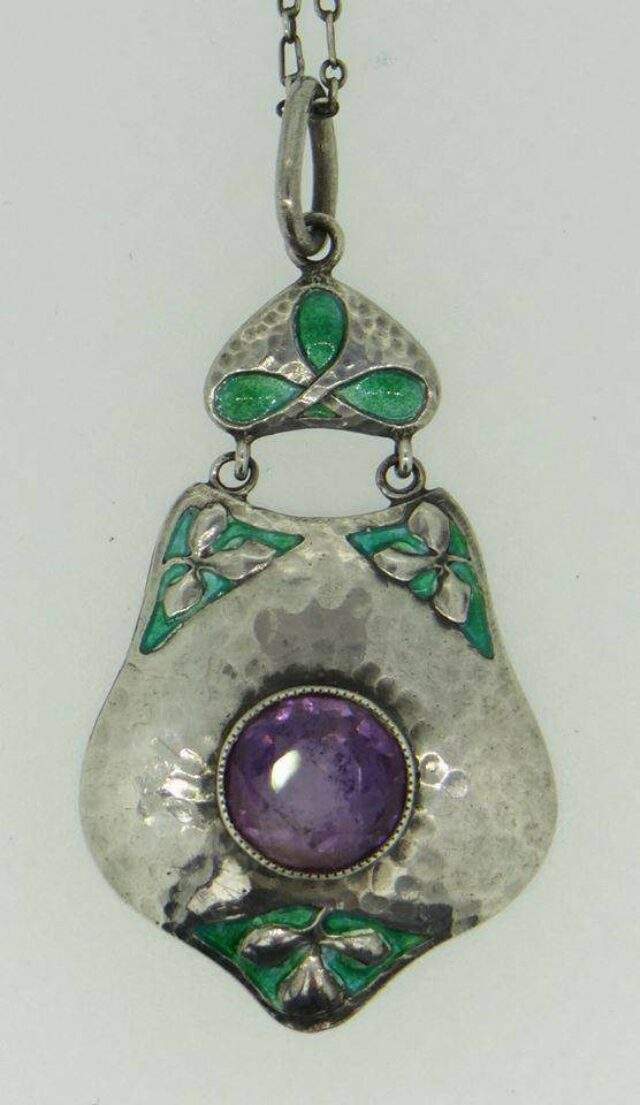 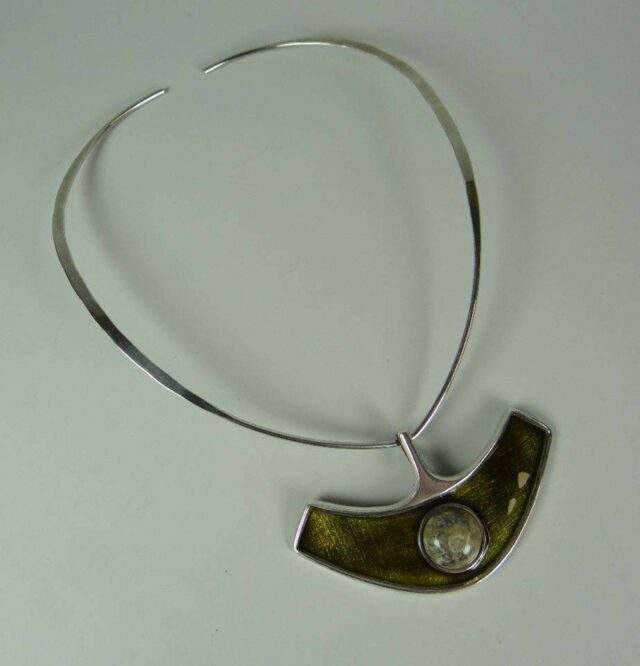 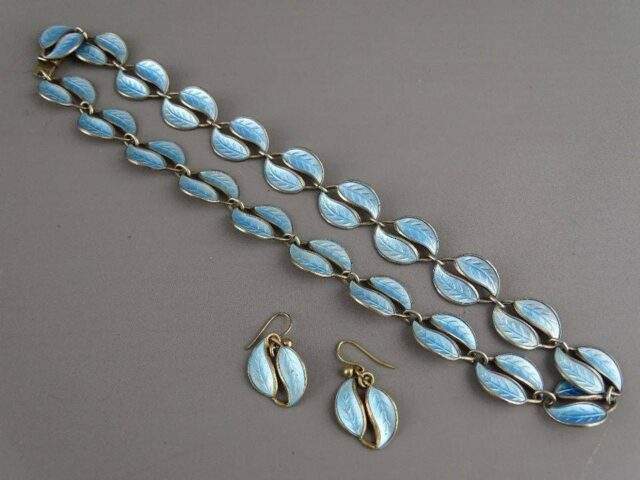 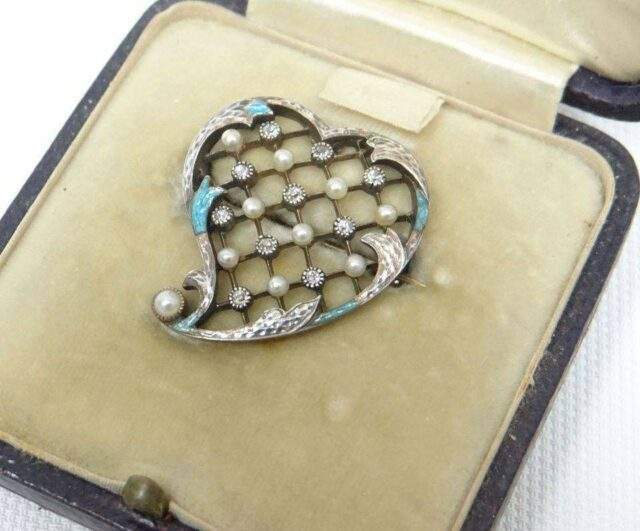 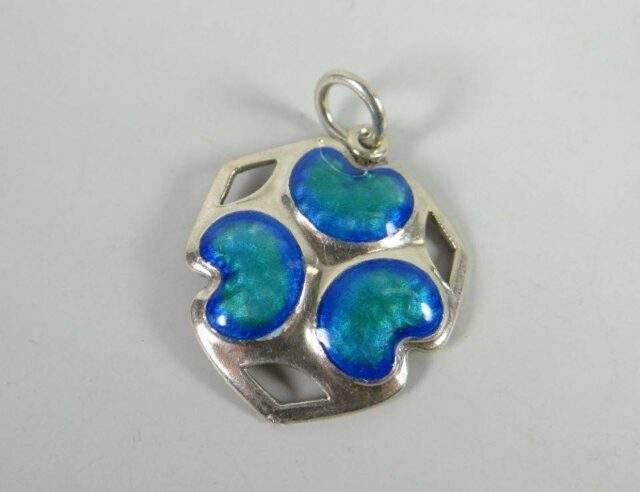 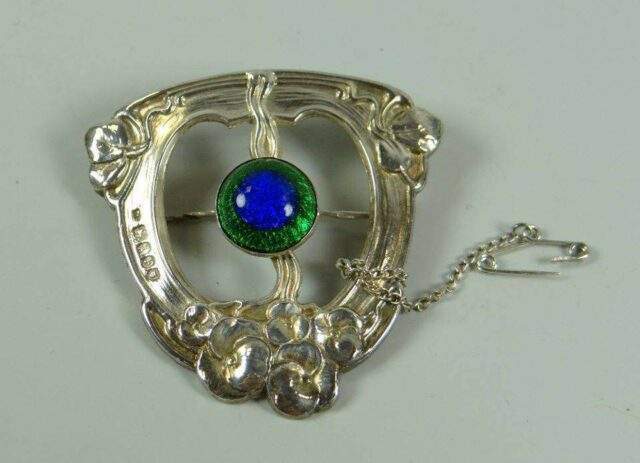 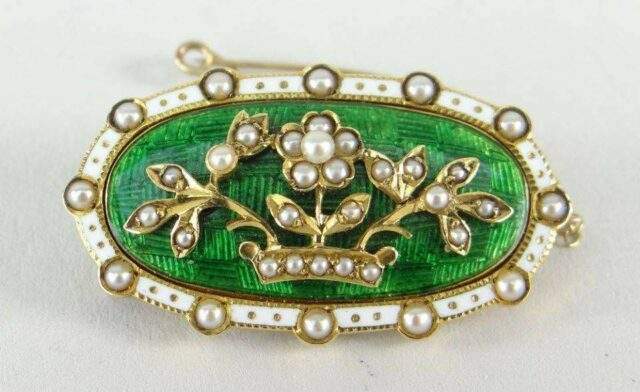 Other highly revered jewellers producing enamelled jewellery at the time include Norway’s David Anderson (1843 – 1901). During his early years he worked and studied under the tutelage of Jacob Tostrup, a highly decorated jeweller, goldsmith and silversmith who received the coveted title of Norway’s royal court jeweller.

Another Scandinavian name synonymous with jewellery design of this type is Georg Jensen (1866 – 1935). Born in Denmark, Jensen became a skilled silversmith and designer under the careful watch of Mogens Ballin. The flair and beauty of Jensen’s creations were soon recognised and began to be collected far beyond his native Denmark. Examples by Georg Jensen can be bought at auction for multiples of hundreds and can be a great way to start a collection, safe in the knowledge you are purchasing works from a highly respected designer.

This period and style of jewellery is characterised by flowing, curved lines, often of naturalistic design to include flowers, birds and animals. The undisputed master, in my opinion, would have to be René Jules Lalique (1860 – 1945). Primarily known for his exceptional skill in the production of glass art, it was during his early education he began to master the art of jewellery design as an apprentice to Louis Aucoc. Prior to opening his own business in 1885, he designed pieces for various French jewellers, including Boucheron and Cartier.

Pieces of enamel jewellery often display an extraordinary colour palette and it is this element combined with the originality of the designs that captures our imaginations. When quality pieces of enamel jewellery feature in our auctions they often create a great pre-auction buzz along with the inevitable pile of condition enquiries. Potential buyers coming to view will make a beeline towards these exotic pieces like forager bees heading straight to a source of nectar. The timeless designs and unwavering appeal of organic forms are perhaps the reasons for quality pieces not appearing as often as we, or our collectors, would hope. It seems to be that enamel jewellery, particularly by known designers, is one of the last things people want to part with, and I for one can absolutely understand why.

However, with limited supply comes high demand. Pieces by the French masters, Lalique, Vever and Fouquet can fetch as much as six-figure sums at auction. There are however price points to suit all budgets, whether that be an earlier period piece, modern or contemporary.

Below is a selection of enamelled jewellery we have sold at our salerooms in recent auctions with prices noted.

Enamelled jewellery can be valued free of charge without obligation. Please contact: