Doulton and Royal Doulton are names synonymous with British ceramics. The brand is a huge subject to discuss comprehensively and one could own a library of books with many subsections.

The Doulton story is one of two parts; the company started in 1815 in Vauxhall, London followed by a location in Lambeth. The early London period was all about utilitarian stoneware including lavatories, bathroom essentials, storage jars, ale flagons, pipes, drains and so forth. This then evolved into art stoneware-pottery production that we know as Doulton Lambeth. Doulton Lambeth decorative items were in stoneware, generally decorated with saltglaze and mostly featured signatures of the artists to the base.

In 1882 it opened a factory in Burslem, in the heart of the Staffordshire potteries, and in 1902 a royal warrant was awarded and thus they became Royal Doulton. The focus of the Burslem factory was to move the company further in the direction of decorative tableware and ornaments in bone china. So, when we see smooth glazed decorative tea-sets or glossy figurines it is usually under the Royal Doulton label. 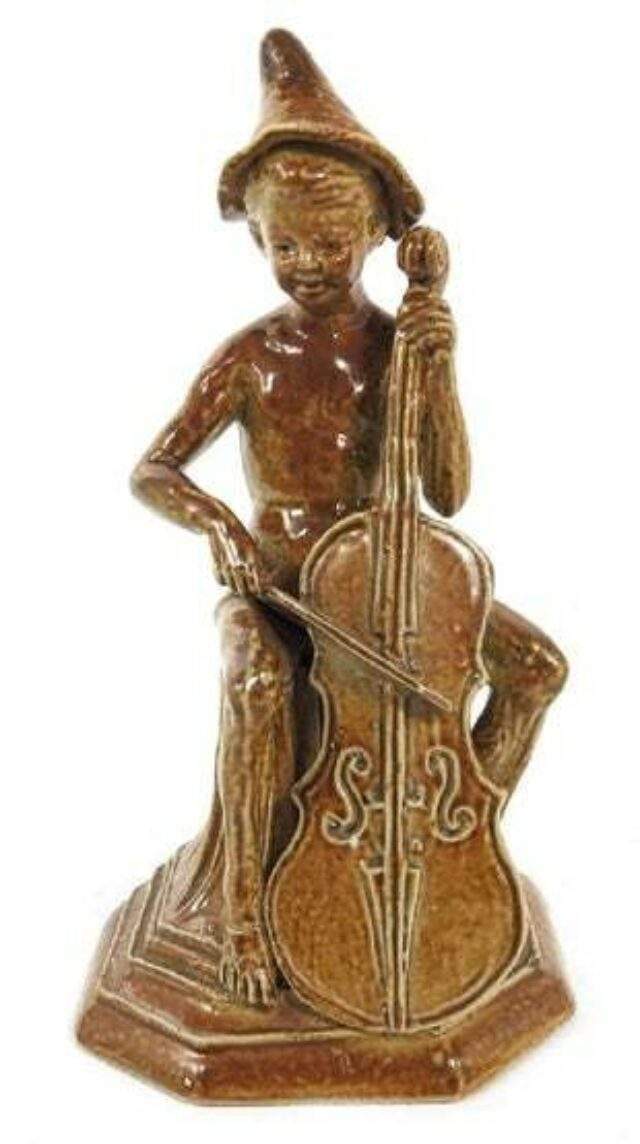 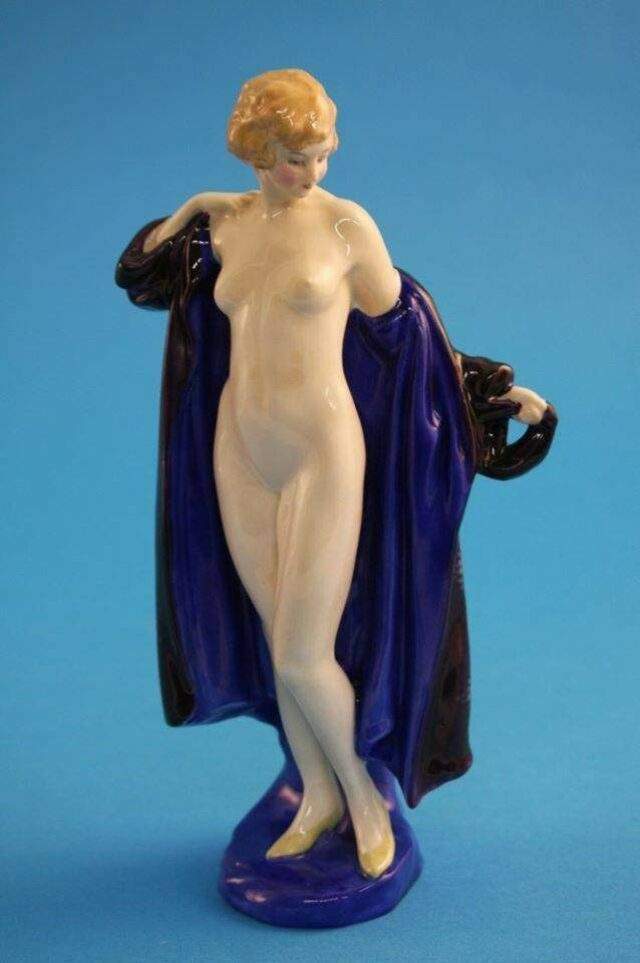 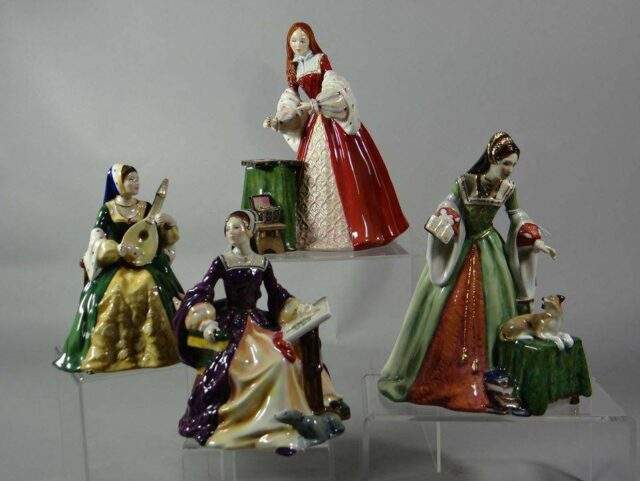 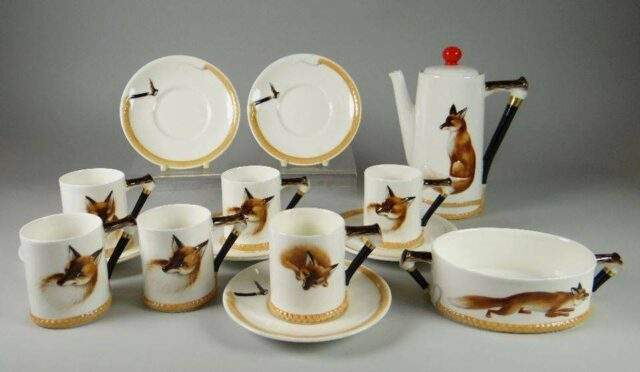 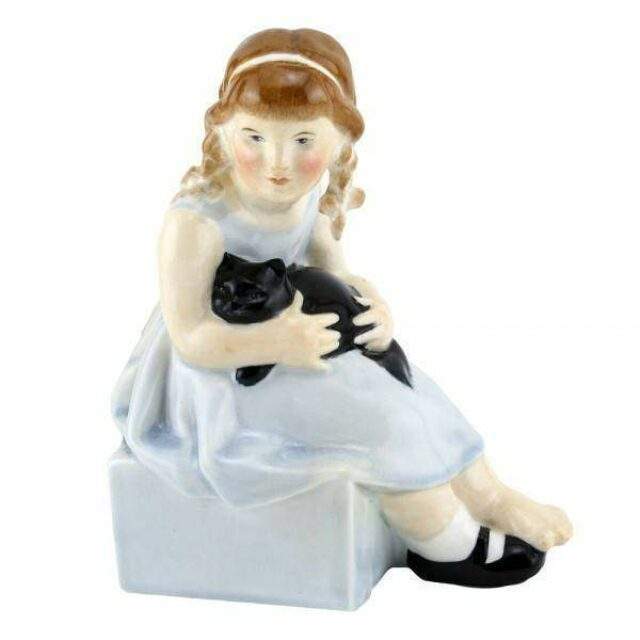 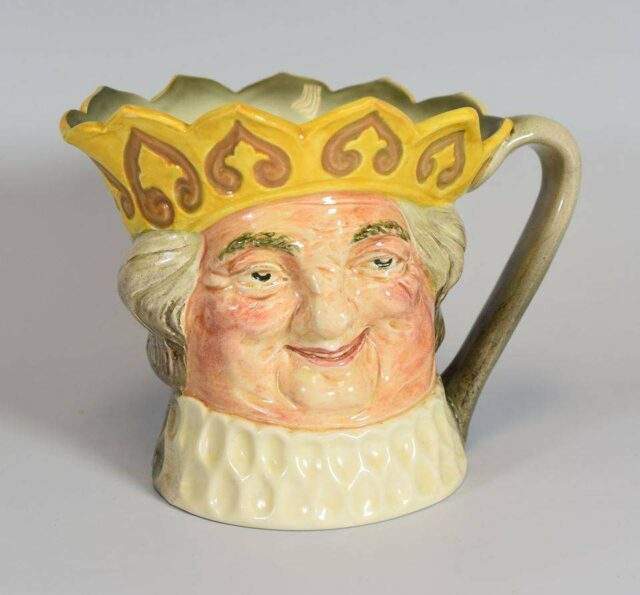 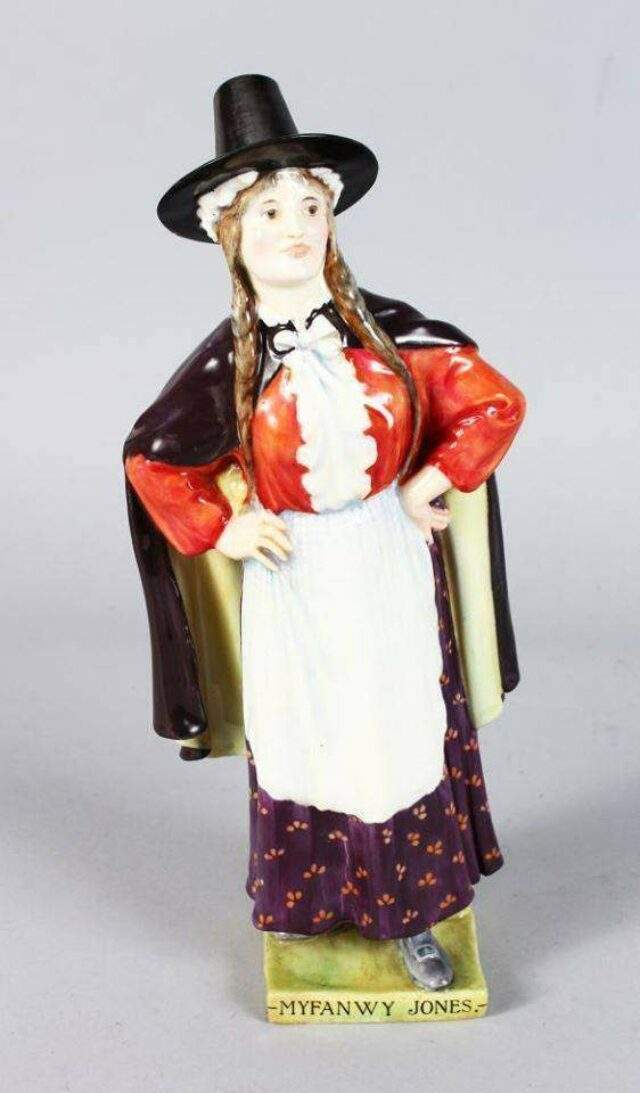 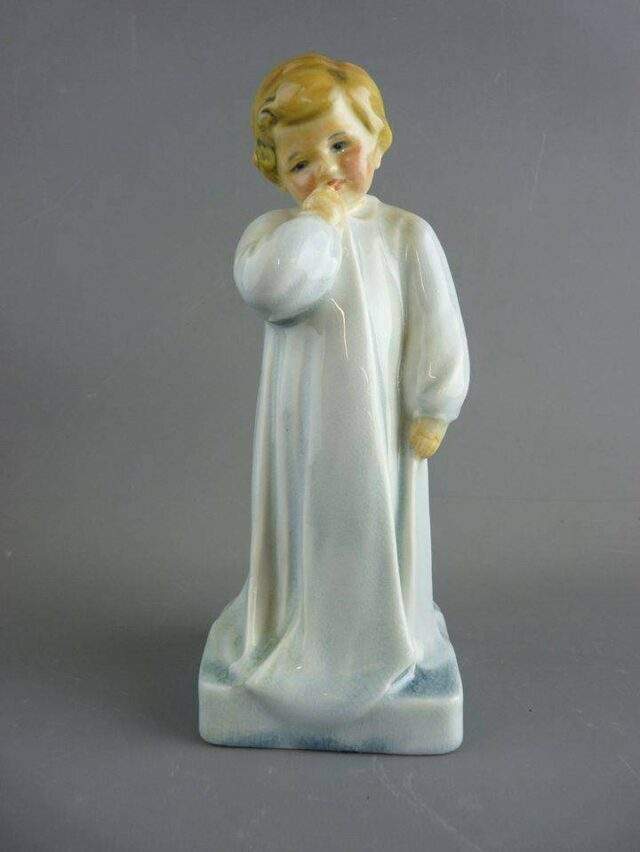 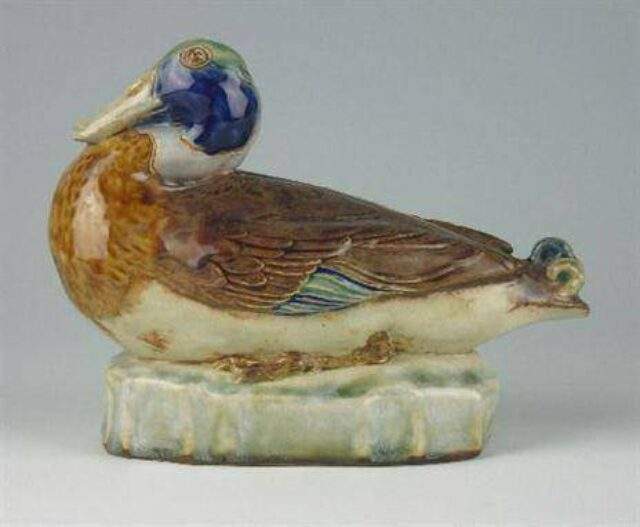 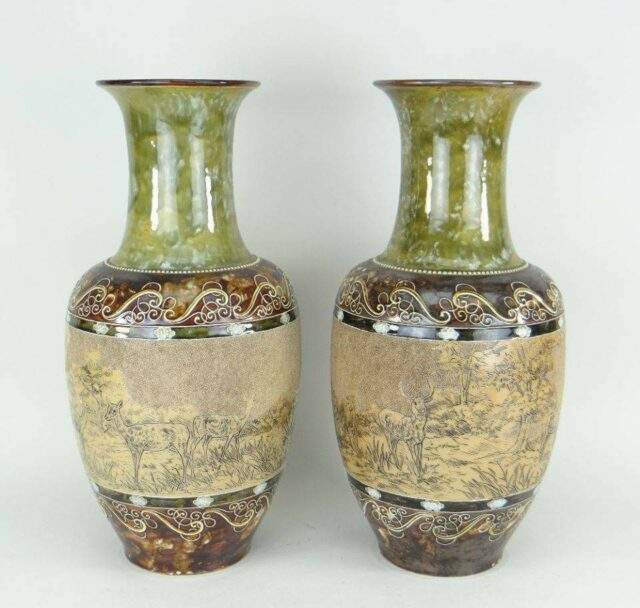 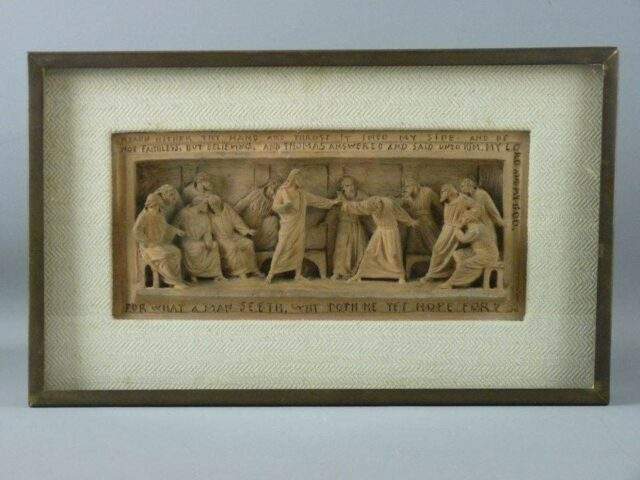 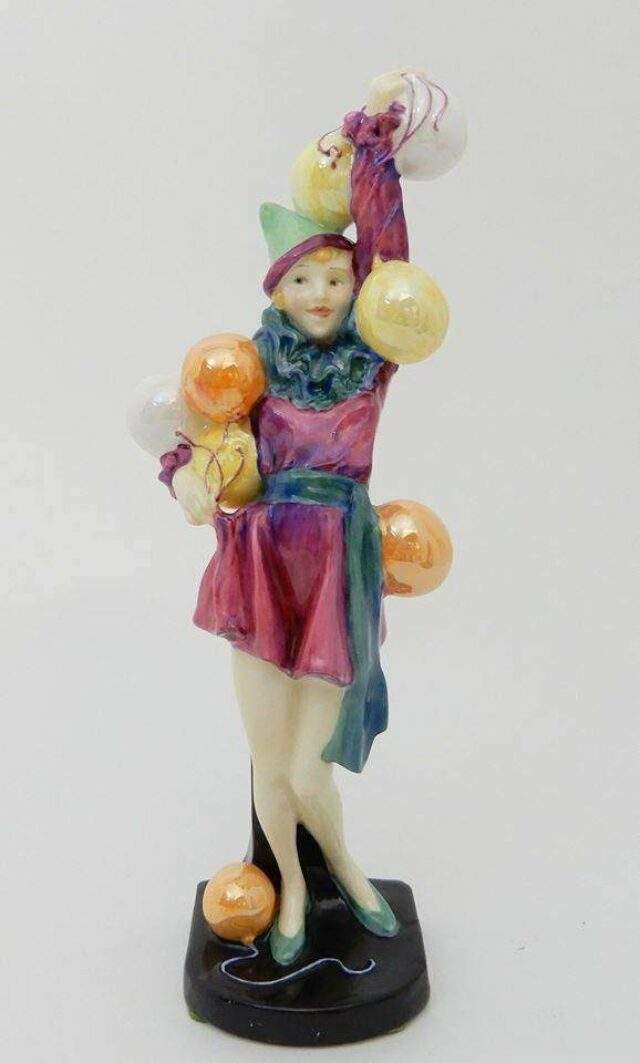 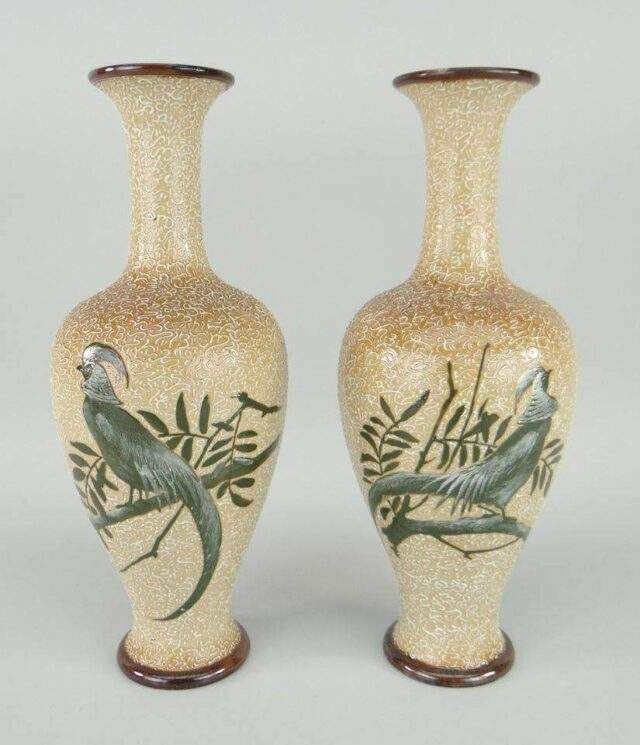 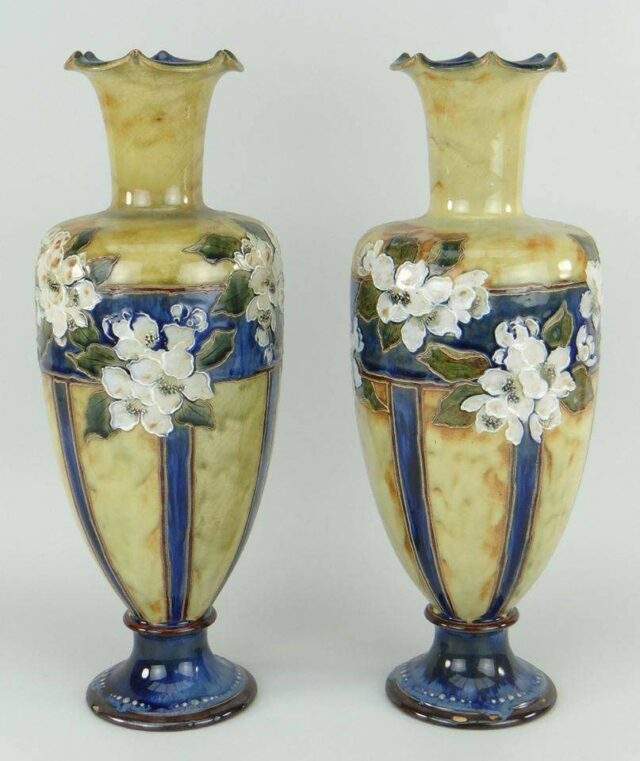 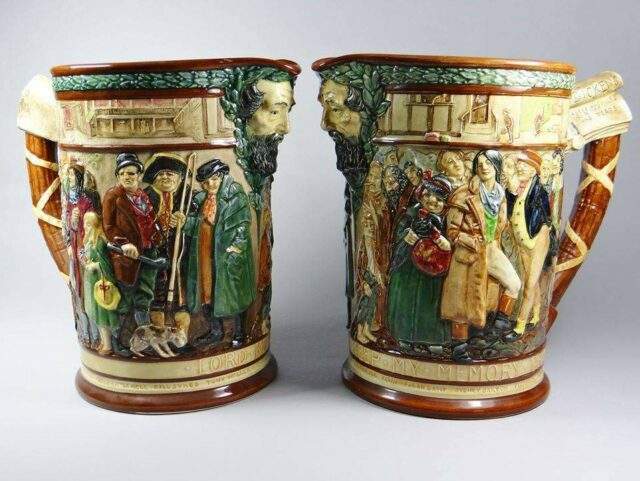 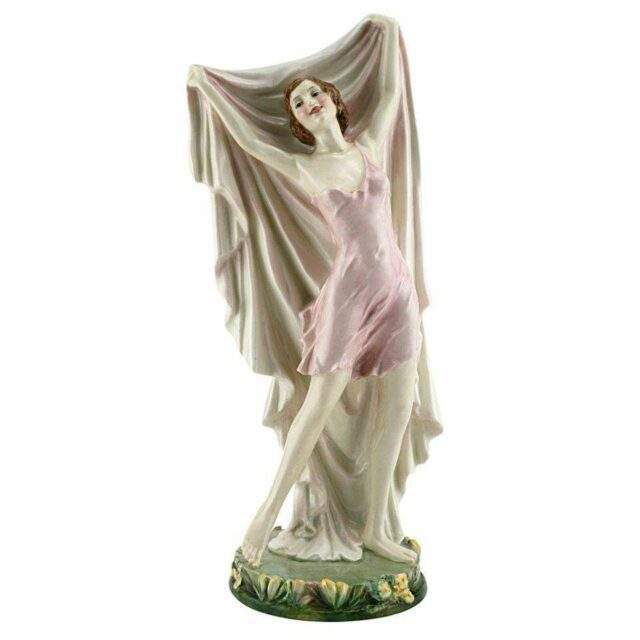 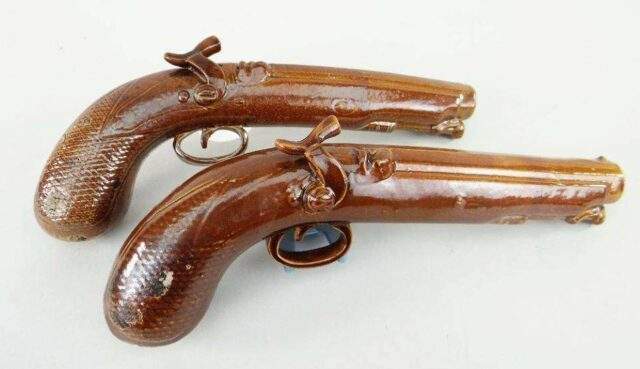 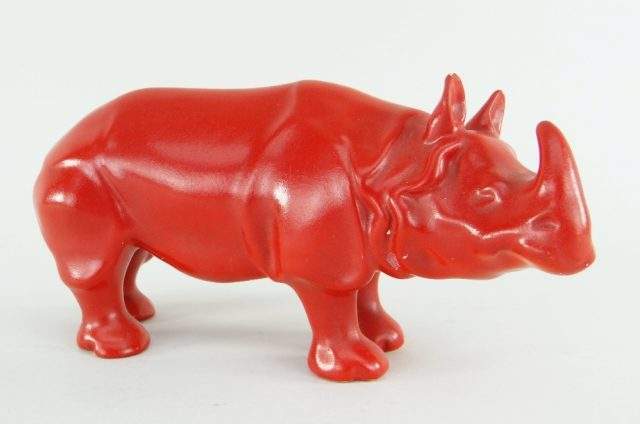 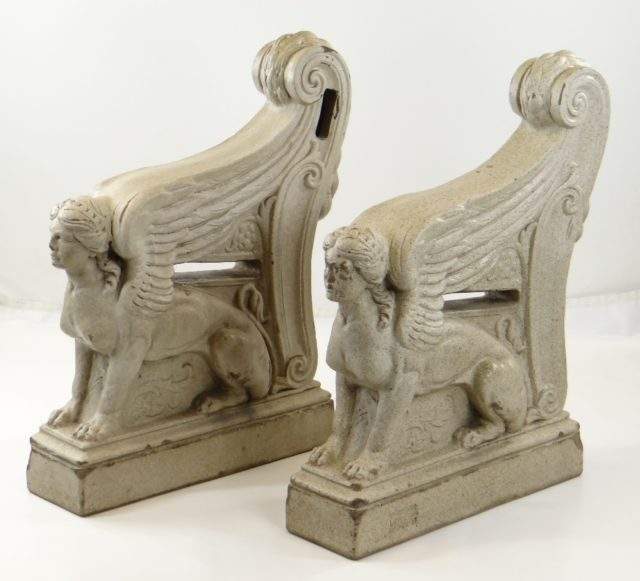 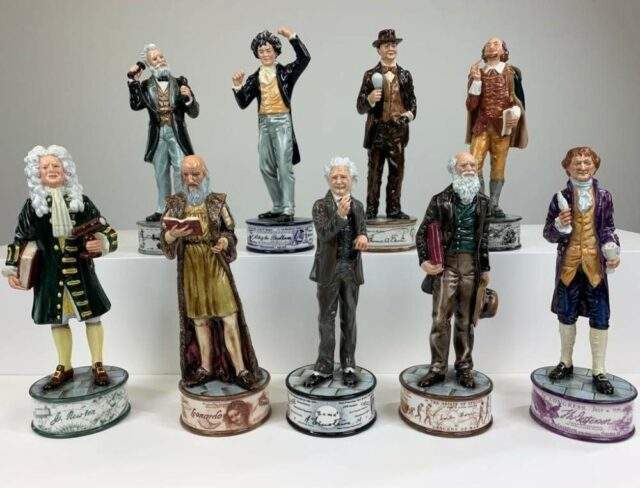 The current Doulton market could be a model for the wider traditional antique market; prices have come down in the volume-market but rare items by particular designers, or in a particular style, have remained buoyant, while exceptionally rare items can still break auction-house records.

Many of us are familiar with the ‘crinoline ladies’ sometimes referred to as ‘dolls’ and the ‘character-jugs’ or ‘toby-jugs’ which Royal Doulton produced in their millions. Fashion has turned the collector away from these items as we no longer consider the concept of numerous figurines on a mantel piece, shelf or in a china cabinet, as an attractive one. It was not so long ago that collectors would hang their numerous character jugs from their beams or stand them on overhead shelves, but the public have realised that these jugs were the handy hide-outs of many canny spiders and a whole lot of dust! The prices have come down on the majority of these items because we just do not want the clutter. Space and time are more precious.

A good example of this market slump is the famous figure ‘The Old Balloon Seller’. This figure which was designed by Leslie Harradine in 1929 and was made throughout the twentieth century and remained a popular and iconic collectable for many years. Twenty years ago, we would expect somewhere around £70-80 for a later version of her (earlier versions can do better), now we are nearer £20 for a similar example at auction. We would be more likely to add another figure or two from the vendor in the same lot, just to help her along.

However, as with the wider collectables market, there are still Doulton and Royal Doulton items creating excitement at the auction rooms.

Just three years ago a Doulton stoneware clock modelled by George Tinworth (1843 – 1913) realised £10,000. George Tinworth worked in stoneware in the latter part of the 19th century at the Doulton Lambeth operation. Tinworth’s most famous work is his stoneware comical mice assuming human poses and often in groups, they are in demand on both sides of the Atlantic.

Also stationed at the Lambeth factory, working in stoneware was the Barlow family - Hannah, sister Florence and father Arthur. Hannah studied at the nearby Lambeth School of Art and became the first female artist at Doulton from 1871. Florence followed two years later and by mutual agreement between the two sisters, Florence specialised in decorating pots with birds and flowers while Hannah went for the rest of the animal kingdom. They both used a similar sgraffito technique which involved incising the pots with a blade and then the lines were coloured, and the surrounding scene painted. Florence and Hannah pieces are highly sought after.

With regards to the Royal Doulton figurines from Burslem. Each model was recorded with a numbered reference starting with the letters ‘HN’. The numbers are in chronological order, starting with HN1 in 1913, named ‘Little Darling’ and modelled by Charles Vyse. Perhaps surprisingly HN1 is not the most valuable (image below) but these early HN numbers can be rare and can realise excellent prices - especially if they are very Art Deco in style. The same can be said for the character jugs, with rarer characters and stylish examples still in demand, making good sums.

Another name to look out for is Charles Noke. Noke was the art director of Doulton who oversaw the transition from makers of utilitarian products to the leading art pottery manufacturer of the age. Noke was famous for his experimental glazes including Sung, Chang, Lapis and Chinese Jade.

Other designers from Doulton considered in high regard and highly collectable include Peggy Davies, Phoebe Stabler, Charles Vyse, Harry Tittensor, George White, Ernest Light, Leslie Harradine, Eliza Simmance and Frank Butler (to name but a few). There are also subsections of styles of Doulton which can perform well at auction too, such as Titanian-ware, Lactolian ware, Series-Ware, Flambe and Sir Frank Brangwyn designed items.

We would be delighted to hear from you on all matters Royal Doulton and we can provide you with a current market value on your item(s).

Below is a selection of Doulton items that we have sold at our salerooms in the recent auctions with prices noted.

Doulton items can be valued free of charge without obligation. Please contact: