The Welsh Sale is the market leading auction in the UK for Welsh art, Welsh porcelain & antiques relating to Wales.

Entries for the April 17th 2021 Welsh Sale are gathering momentum, the entry deadline is March 5th but the sooner we hear from you with entries the better as promotion begins immediately.

The Welsh sale this time includes: 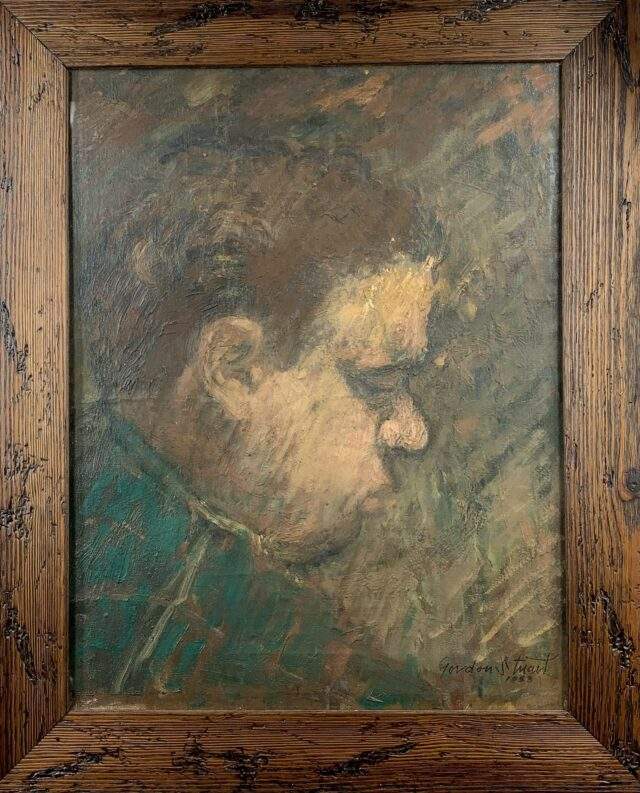 The Final Portrait of Dylan Thomas

THE POET'S LAST PORTRAIT a very special portrait of the poet Dylan Thomas.

The portait was painted by Canadian artist, Gordon Stuart (1924-2015) when Thomas sat for him for three afternoons, near the poet's home in Laugharne, in September 1953. After each portrait sitting, Dylan Thomas would head straight for his favourite drinking haunt at Brown’s Hotel in the village.

Gordon Stuart recalled that Thomas, '..was a good subject and very kindly towards me and told me he was looking forward to going to America'.

But in America, on the poet's fourth US tour, Dylan Thomas suffered a severe chest infection and bouts of heavy drinking left him in a coma. He tragically died on November 9th 1953, at the age of just 39, it was just two months after the portrait sittings.

'It was an amazing shock for me to hear that he had died in New York. I was very saddened', said Gordon Stuart.

The artist painted three portraits of Thomas. One example is at The National Portrait Gallery and the other at The University of Texas.

This, the first painting of the series, was kept by the artist, and then by his widow. It has been entered for auction by The Gordon Stuart Estate.

The painting was exhibited at the National Eisteddfod in 1954, and then again for the first time at Dylan Thomas' childhood home, 5 Cwmdonkin Drive, Swansea – during the Dylan Thomas centenary celebrations.

ABOUT THE ARTIST Gordon Stuart was a Swansea based artist. Born in Toronto, Canada in 1924 and attended the Ontario College of Art before moving to England and studying at St Martin's, London, and the University of London. He spent many years as a lecturer and art adviser until 1985, when he decided to dedicate his time fully to painting from his home in Swansea. He won a number of awards and prizes for his landscapes and portraits. His other well known portrait sitters included President Jimmy Carter, fellow Welsh artist Sir Kyffin Williams, former rugby international Cliff Morgan and The Beatles producer Sir George Martin. He also painted Dylan Thomas’ daughter Aeronwy Thomas. 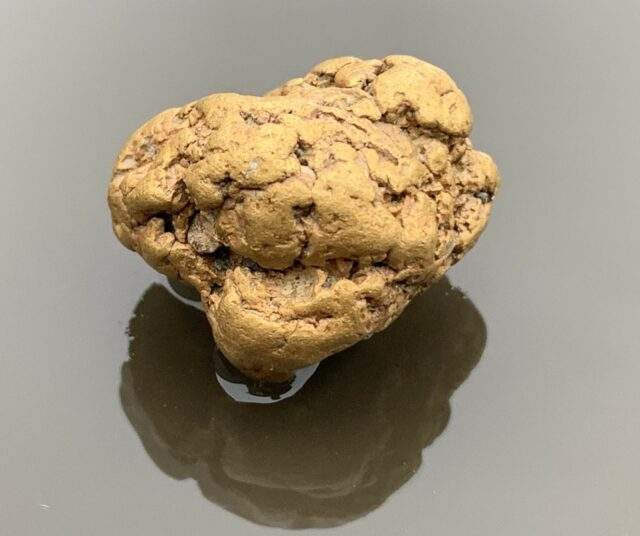 We are also delighted to offer to market for first time 30.57 gram nugget of Welsh natural gold. The nugget was discovered in 1979, by the New Zealand born prospectors Kerry Thackwell, and his father Ray, during their comprehensive appraisal, sampling and mining of the Dolgellau Gold Belt between 1979 and 1981. The nugget was unearthed while sampling an ancient river bed near the Prince of Wales Gold Mine. At over 30gms it is believed to be one of or even the largest natural waterworn Welsh nuggets to be discovered and recorded

Provenance: Ray and Kerry Thackwell purchased and opened the Clogau St. David's Gold Mine in 1979 and produced the first commercial handmade Welsh gold jewellery in the same year. 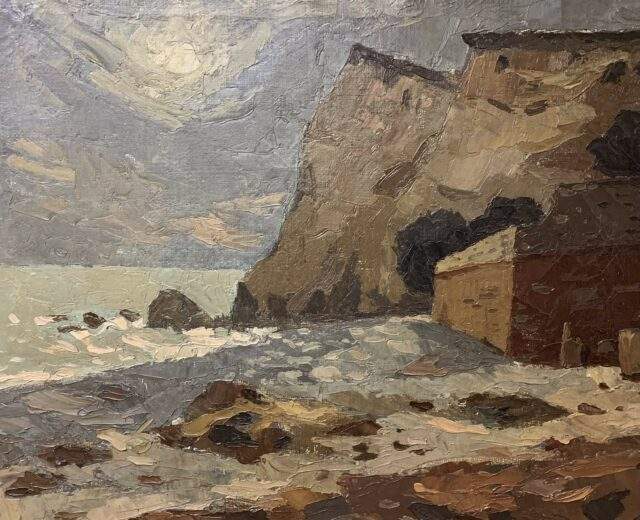 Provenance: with Sotheby's Olympia, 2005, then Rogers Jones & Co's Welsh Sale, 23.09.06, copy of letter on artist's headed paper to accompany, handwritten by Sir Kyffin's close friend Denise Morris from the artist's dictation as follows; 'Your painting is of of a cliff near BONCHURCH in the Isle of Wight. It was painted in about 1954. I'd gone there foolishly to ask a girl to marry me. Luckily my efforts were thwarted, and ever since I've realised how fortunate I was. She was a monumental snob and her father told her that I was financially and socially ineligible. He was an old fool but I'm grateful to him for those comments. I hope you enjoy the picture, and that you didn't have to pay too much for it...'. The letter was a reply to the former owner's request to Sir Kyffin for further information about the painting, the letter would have been dictated as at the time Sir Kyffin was suffering from ill-health, he died in 2006 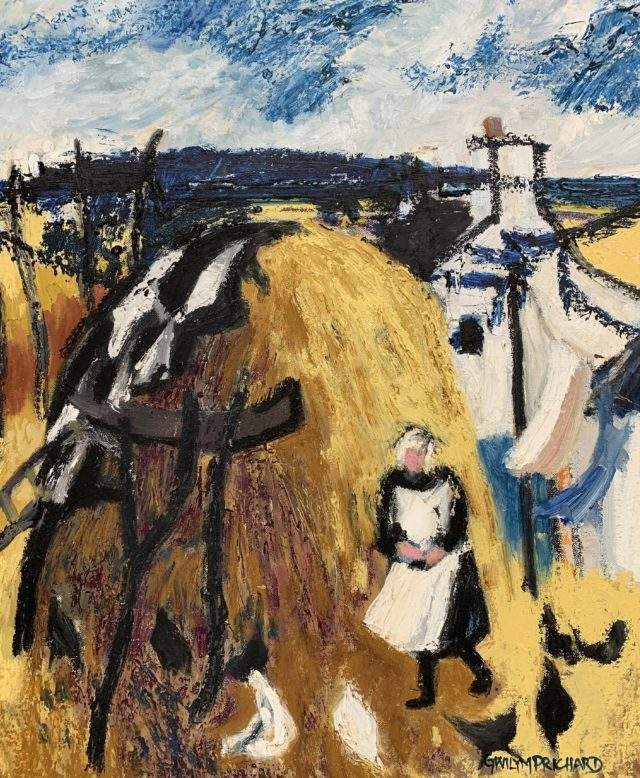 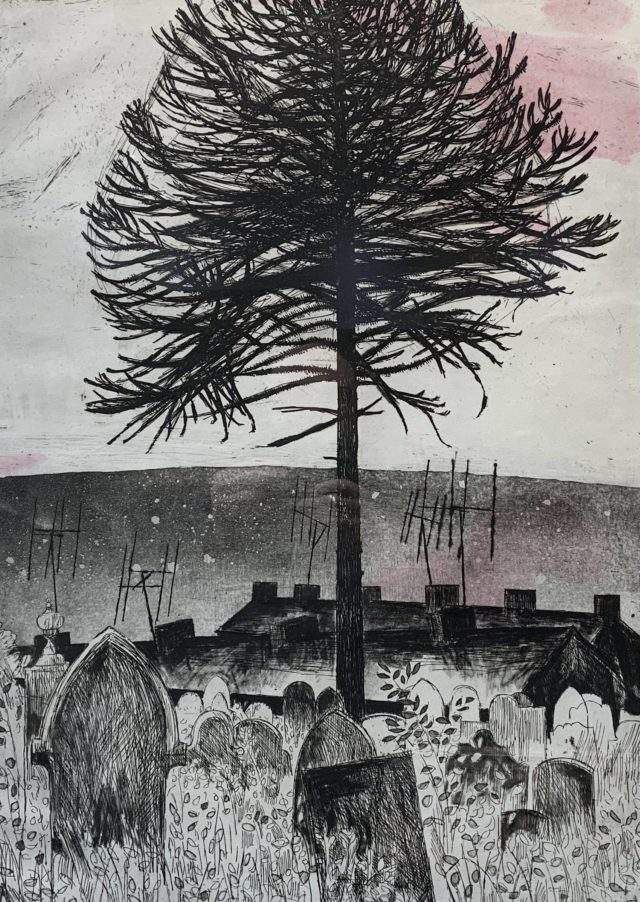 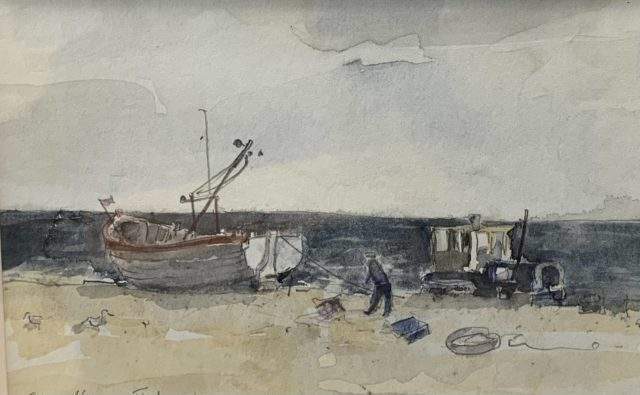 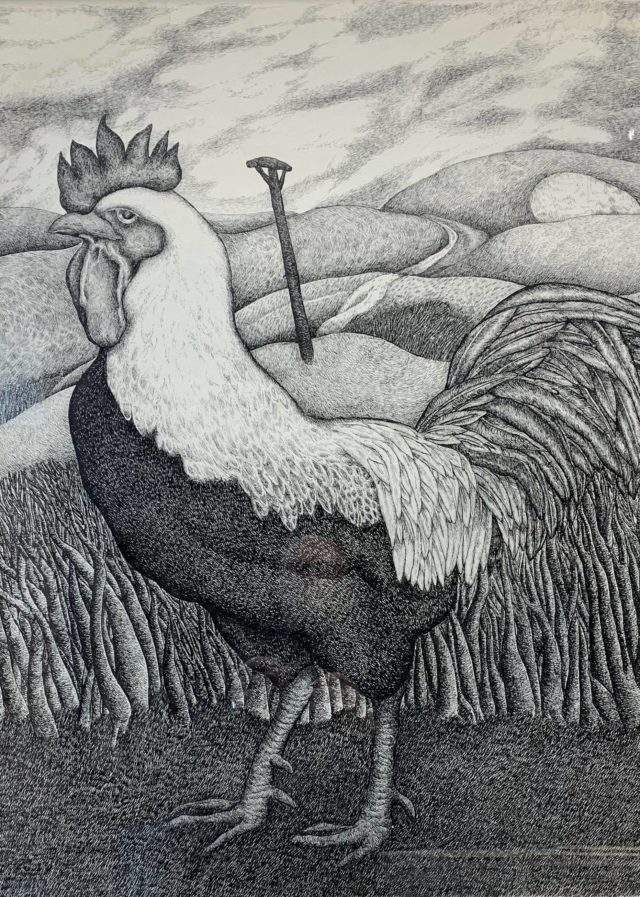 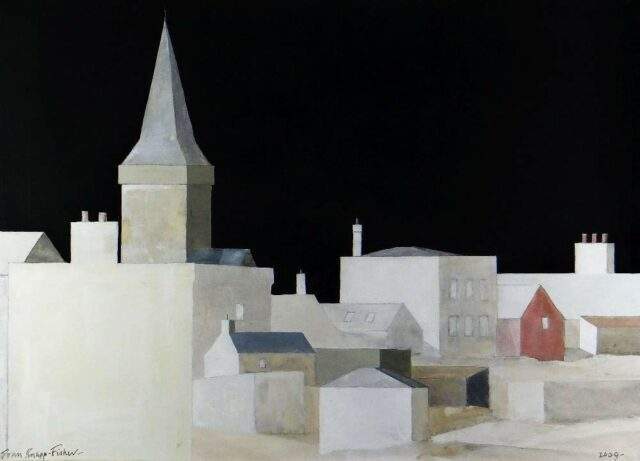 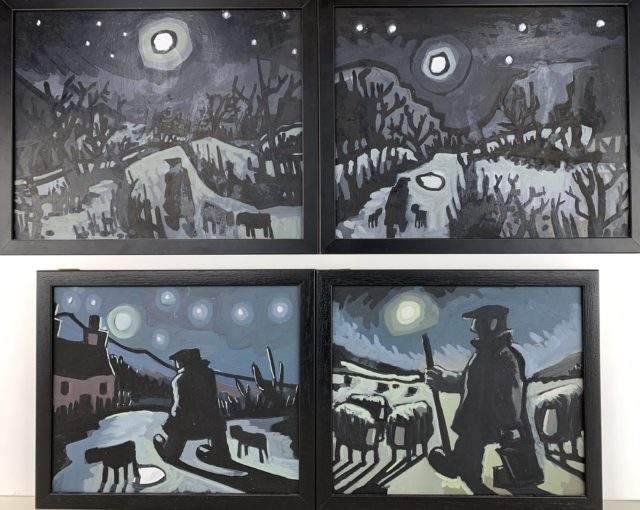 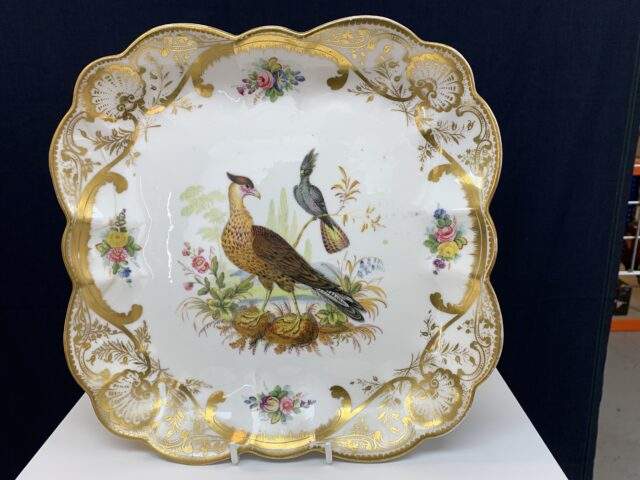 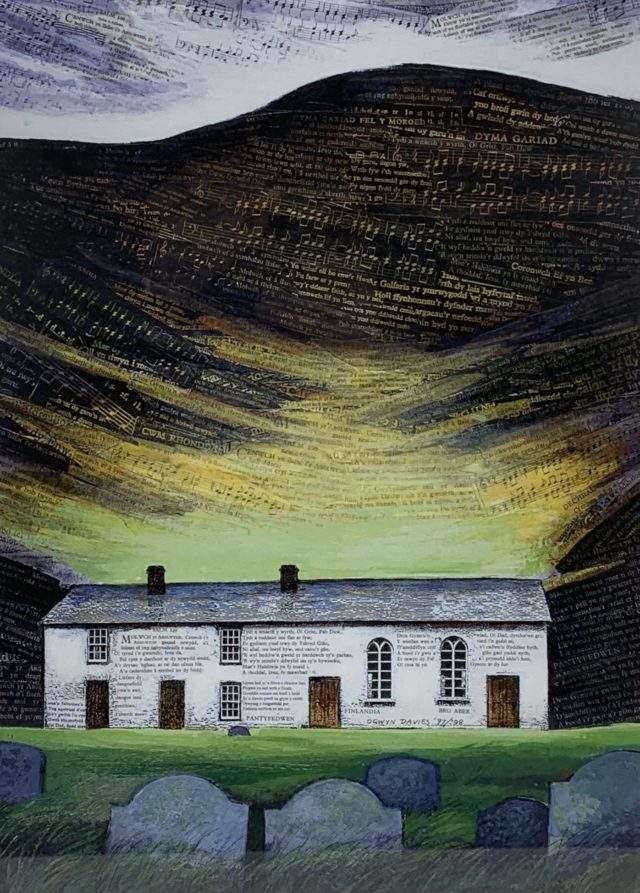 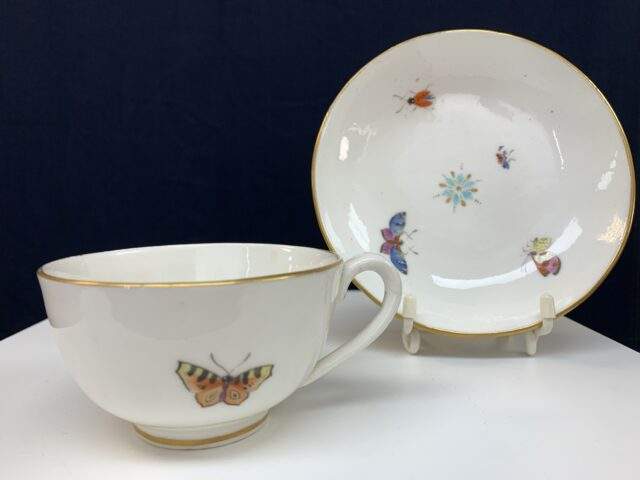 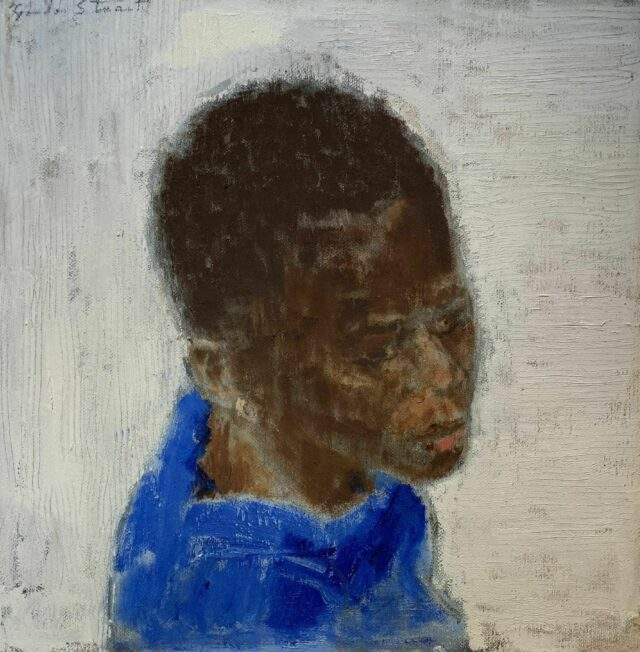 If you would like to discuss entries of Welsh art, Welsh porcelain or Welsh antiques then please contact the curator of The Welsh Sale auction Ben Rogers Jones brj@rjauctions.co.uk 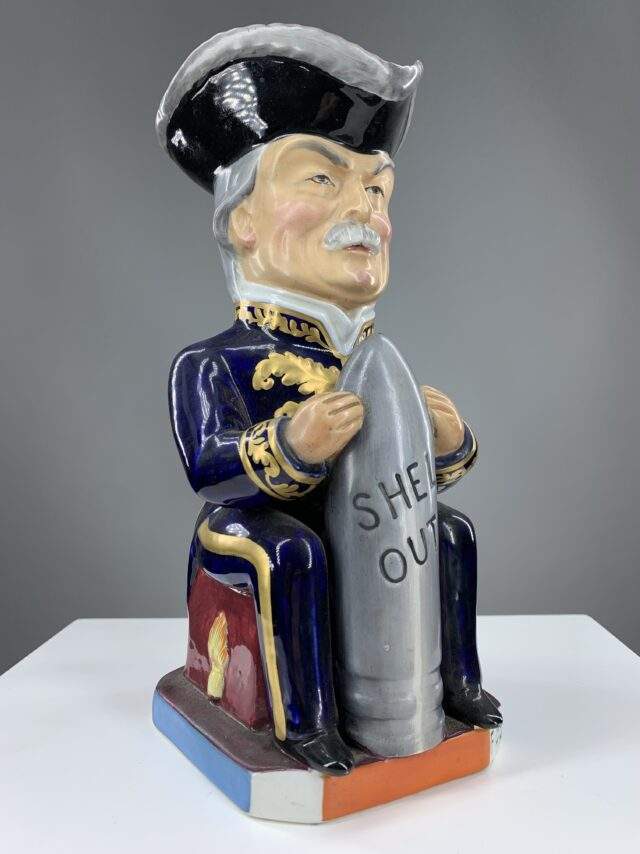 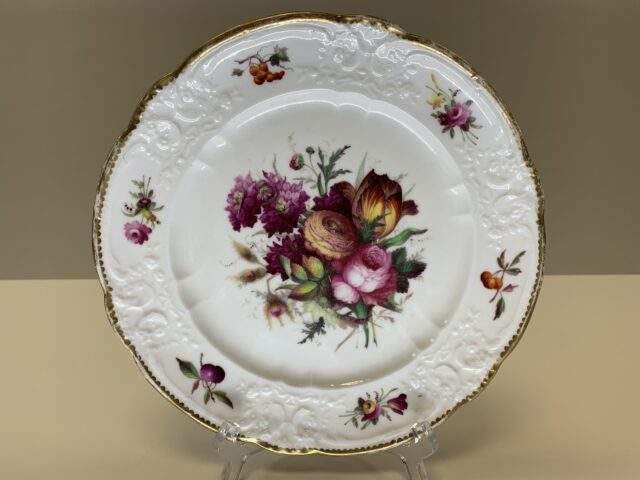 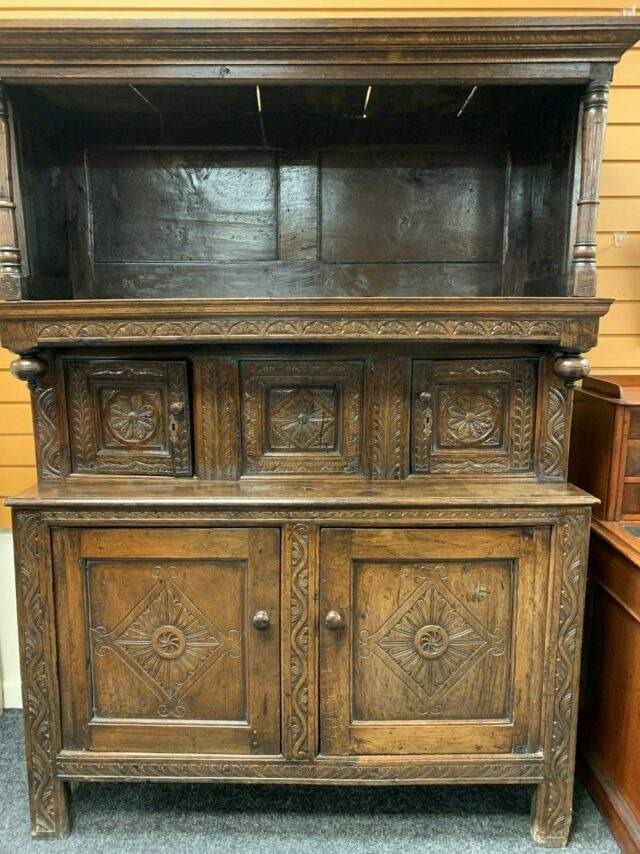 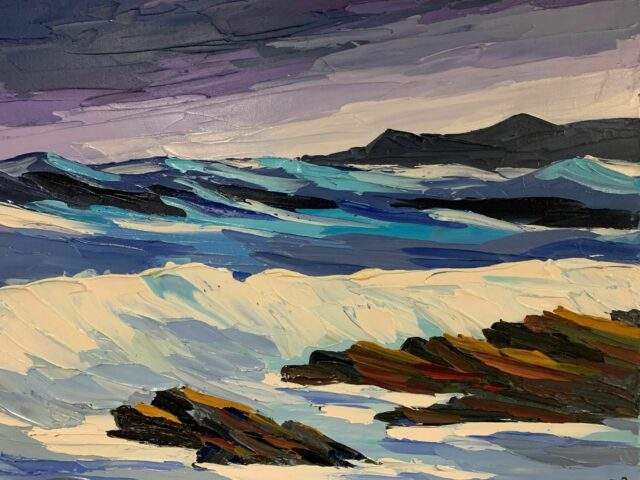