The Vintage & Antiques auction is hosted at our Colwyn Bay auction room on a fortnightly basis. Each auction has its own character and style, eclectic is the key word with furniture, jewellery, antiques and all manner of collectables. 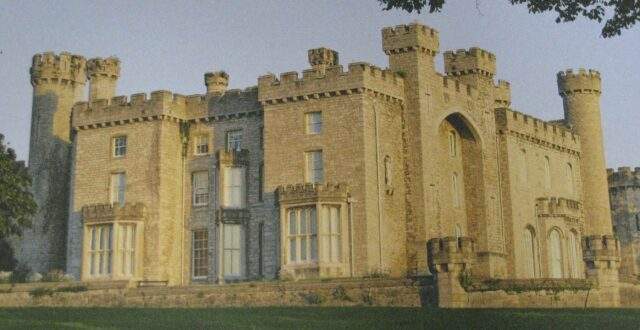 Around 1460 the Humphreys family built a fortified manor house at Bodelwyddan, near Rhyl. The Humphreys owned Bodelwyddan for over 220 years before selling it to Sir William Williams, Speaker of the House of Commons, in 1680. The mansion was completely rebuilt in Victorian Gothic style by Sir John Hay Williams from 1830.

Sir John also laid out the stunning formal gardens surrounding the house and enclosed the estate within a huge curtain wall. One of Sir John's architects was Joseph Hansom, inventor of the Hansom cab.

Unfortunately for Sir John, his improvements came at the same time as a slump in the lead mining industry which provided most of the family fortune. By the late Victorian period, the family were unable to keep up their standard of living, and by the early 20th century large parts of the Bodelwyddan estate had to be sold off.

The house was used as a hospital during WWI, and the grounds were used by the military as a training centre for trench warfare. After hostilities ceased the Williams family sold the estate to Lowther College, who established a girls school in the mansion.

Bodelwyddan was home to the College until 1982, when it had to close due to financial constraints. The Clwyd County Council purchased the estate and converted the castle into a museum and art gallery.

The art gallery was developed in partnership with the National Portrait Gallery, and the staterooms were restored to their Victorian splendour to act as a backdrop to the Gallery collections.

From 1994 part of the castle was split off to act as a luxury hotel, while Williams Hall was kept to house the National Portrait Gallery art collections.